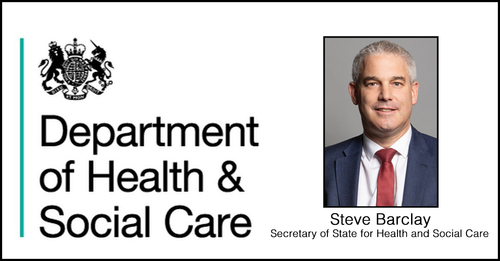 The British Dental Association is urging the new Secretary of State for Health and Social Care, Steve Barclay,  to act now on the crisis in NHS dentistry.

BDA Chair Dr Eddie Crouch and Chair of the BDA’s General Dental Practice Committee Dr Shawn Charlwood  have sent an open letter to the former Chief Secretary to the Treasury, emphasising he needs to “Press ahead with announcements on modest, marginal changes to the failed NHS contract – trailed as coming ahead of Parliament’s summer recess – and move rapidly to negotiations on real reform and fair funding.”

The BDA News website said “The scale of change across government is likely to have an impact on the sign-off of new policies that require input from multiple departments, including the Department of Health and Social Care and the Treasury.”

“We have stressed only meaningful change can halt the exodus from the workforce and improve access for patients.”

Mr Barclay was appointed following the recent resignation of previous Health Secretary Sajid Javid, who failed earlier in the week to gain enough support to sustain a bid for the premiership of the Conservative Party.

Mr Barclay, the MP for North East Cambridgeshire briefly held the post of Minister of State for the Department of Health and Social Care from January to November 2018.

After congratulating Mr Barclay on his appointment, Dr Crouch and Dr Charlwood said  “Let us cut to the chase. As we have repeatedly stressed to your predecessor, Ministers and the Health and Social Care Committee, without meaningful action and a fair funding settlement from this Government NHS dentistry in England faces a slow death.”

“Access problems are now the rule for millions. Every single day dentists are moving away from the NHS, unable to see a light at the end of the tunnel, leaving more and more patients unable to get the help they need. Concerns about this growing crisis are the number one reason people contact Healthwatch, are filling up MPs’ postbags, making headlines, and have now become an issue on the doorstep at election time.”

The BDA said that over a decade after the Conservative Party had committed to reforming the discredited NHS dental contract “We have recently finally entered negotiations on new contractual arrangements.”

The BDA said it remained “Seriously concerned about this Government’s lack of urgency and ambition to deliver genuine change.”

The BDA said it hoped that the cabinet reshuffle that came as a result of mass resignations following the exit of Mr Javid and the Chancellor Rishi Sunak, wouldn’t delay the promised summer announcement of what the BDA described as “Modest, marginal changes to the current failed NHS contract.”

Dr Crouch and Dr Charlwood’s letter went on “We urgently need to move on to the next stage – meaningful long-term reform that can improve access for patients, and make sure dentists can see a future working in the NHS.”

The letter went on “For 16 years perverse government targets have come before patient care, while dental budgets were subject to savage cuts unparalleled elsewhere in our health service.”

“A system that funds care for barely half the population has creaked on, and the drift of talent out of the NHS continued. Now – as we move out of the pandemic – we face a historic backlog, an exodus from the workforce, and widening oral health inequality. NHS dentistry is at a tipping point, and it is clear that without urgent action, we will soon pass a point of no return.”

The letter concluded “The Department has spoken of its intentions to ‘level up’ dentistry. We trust you will meet words with action.”

The official Government portrait of Steve Barclay is reproduced under a CC licence  https://creativecommons.org/licenses/by/3.0/