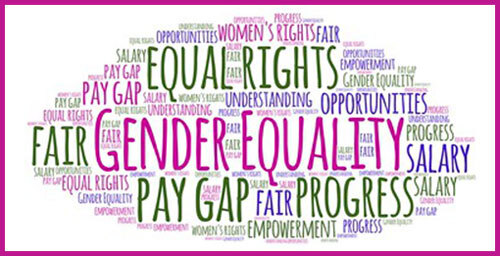 Dentists will not need telling about the likely results of failing to plan. Despite the majority of new dental graduates being female, many of whom become very successful, a recent survey has produced some surprising results as well as some more predictable concerns.

The survey by Wesleyan Financial Services, will make disconcerting reading for many dentists. Carried out from mid-March to early May this year, it was based on responses from 363 dental professionals of whom 189 were female.

There are clear differences between how male and female dentists make financial plans and prioritise. Nearly half of female dentists (47%) said saving enough for retirement is one of their key financial priorities over the next twelve months. But survey findings revealed that there is a gap in financial planning when it comes to short-term changes to how dentists work and the resulting impact on long-term financial plans.

At a time when many dentists will be considering their career plans, whether it is buying a practice, moving out of the NHS or looking at their retirement options, female dentists appeared to be less well prepared. There were major differences in the answers to the crucial question, “Are you aware of the financial impact that changing how you work might have on your pension?” While 51% of men felt that they were aware and know exactly how their pension will be impacted, only 30% of women shared their confidence. In contrast, while 30% of women confessed to not knowing how changes would impact their pension, for men the figure was only 21%.

“Understandably, the demands of working within dentistry are intense and reports of burnout, stress and mental health problems are not uncommon in the dental press. These more immediate challenges often take precedent, but raising awareness on long-term financial planning issues will help ensure women in dentistry aren’t left at a comparative disadvantage when it comes to life after work.”

The survey responses made clear that women dentists do not lack ambition, with 60% of women dentists aged between 18 and 30 aiming to own a practice at some point in the future. Indeed, across all age groups, while 49% of male dentists had no intention of owning their own practice, the figure for women was only 42%.

Of more general interest, and fitting well with other reports, nearly a quarter of respondents were planning to convert from NHS to private work, and a further 7% were looking to leave the profession and try something new. A further 26% were expecting to reduce their hours. Some of the accompanying comments may explain these figures, including, “I’m currently working 7 days per week and nearing burnout,” as well as, “NHS dentistry diminishes our profession hourly. I am very angry that we are made to explain a very outdated system multiple times daily.” Perhaps the saddest was, “Being a dentist is so depressing and thankless. I check the job sites on a daily basis in the hope of doing something different. It’s not really about the money for me. I went into dentistry because I thought it was a caring profession.”

The full report may be accessed here.