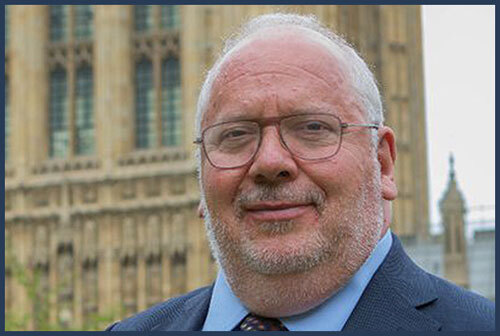 There is a strong connection between MP’s recently revived interest in dentistry, and the increasing number of complaints about access problems they are receiving in their in-boxes and surgeries.

Even without these prompts the Lords have also recently been debating dental care in the UK. So on the same day that Shawn Charlwood of the BDA General Dental Practice Committee, was giving evidence to the  Health and  Social Care Select Committee, the Lords were debating, “NHS Dental Services.”

Their Lordships were able to benefit from contributions by a member who over the last year has been learning much about UK dentistry. After many years as a Labour politician working in local government, Toby Harris was made a life peer in 2008. At an age when most of the population would be retiring, Lord Harris was appointed to become GDC chair, replacing Bill Moyes, last summer.

Lord Young of Cookham (Con), opened the debate asking, “what plans they have to improve access to NHS dental services.” The reply came from Lord Kamall (Con), The Parliamentary Under-Secretary of State, Department of Health and Social Care. As expected, his response claimed that the government was working to reform the contract and mentioned the one-off £50 million offered earlier this year, He also mentioned the 95% activity threshold, which would “increase patient access.” Notably, he boldly claimed that the £50 million had been “provided,” although it seems very doubtful that it was ever fully allocated.

Lord Young pointed out that 86% of NHS dentists were closed to new patients, and asked “do we still have a national dental service?” He wondered if the government would, “negotiate a contract with private dentists in the meantime to address the NHS backlog?”

Next to speak was Lord Harris of Harringey (Lab), “My Lords, I declare my interest as chair of the General Dental Council. The noble Lord, Lord Young of Cookham, has correctly highlighted the importance of the negotiations on the NHS contract for dentists, but there is another element to the problem. That is the long-term expectation in terms of how many of each of the various dental professions and the various dental specialties we need in this country. What is the flow in people leaving and what is the flow in recruiting dentists, including those from overseas? Do we have enough places and enough experience coming in? Does the Minister agree that we should do a proper study of what the long-term requirements are for dentistry and how they are to be met?”

Registrants will be pleased to see the leader of our regulator contributing to a dental debate and relieved to hear him making what is a perfectly reasonable point. The response from Lord Kamall briefly mentioned contract negotiations and then went on to make an argument for greater use of the skill-mix in dentistry as a means of improving access.

Baroness Barker (Libdem), asked how much of the announced £50 million had gone to rural areas. Lord Kamall did not answer her question but instead suggested calling 111. Tellingly, he did add “I have heard various reports. Some people have told me that 111 is incredibly effective, while others have told me that there are still dental deserts in their local area.”

Other contributors suggested extending the exemption for nursing mothers, presumably to give them more time to find a dentist able to provide treatment while it was free, and whether government had assessed the extra pressure the NHS would face as a result of the delay in restricting advertising for high sugar food and drink. The responses were that he would take the exemption suggestion back to the Department, and that the advertising ban was “not being kicked into the long grass” but that there was a need to act, “holistically.”

Baroness Boycott (Crossbench) pressed Lord Kamall on the question of advertising. After emphasising the link between the consumption of sugary drinks and snacks, and hospital GA admissions, she asked him, “Could he clarify what he means by delay?”

Showing why he had achieved Under-Secretary status within months of arriving in the Upper House, Lord Kamall answered, “Delay means not the same date that was originally proposed,” and then added a reminder about the £50 million.

The remaining questions were about the particular problems of children in the “dental deserts,” and those with disabilities, in accessing NHS dentistry. By now Lord Kamall appeared to have run out of ideas and closed the debate by contradicting his earlier comments with the claim that, “If someone is not getting care, they can ring 111 and be signposted to an NHS dentist.”