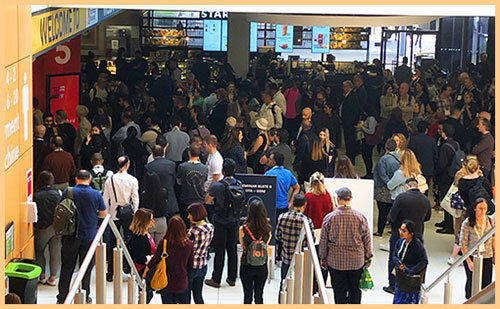 The BDA Dentistry Show returned to the NEC in Birmingham after a two year hiatus. Amongst all of the stands vying for the visitors attention were a couple of organisations who need fear no competition.

Every dental practice in England is expected to register with the CQC, and their National Dental Adviser, John Milne, was speaking.

John has been a GDP for decades and has had a long involvement in dental politics and the BDA, he is a former chair of the General Dental Practice Committee. When he joined the CQC in 2015 it was seen a positive development at the regulator. Dentists were hopeful that he might bring some real world wisdom to an organisation that often appeared to have been set up with large hospital trusts in mind, and was now using the same metrics to assess high street dental practices.

The presentation was titled, “CQC in times of change.” John explained that the CQC was moving to a new single assessment framework that would apply to all types and sizes of registered services. This would affect dental practices in a number of ways. The percentage of inspections where CQC judged that dental practices were meeting its standards had dropped from around 90% pre pandemic, to nearer 80% when inspections resumed. The change to inspecting, on average every 10 years, meant that many inspections were now happening in practices which the CQC had not visited for some time.

The new system of assessment would be ongoing and ratings would as a result be “moveable”.  The process would inevitably require a lot of data and was likely to, “be a challenge.”

The decision previously taken not to rate dental services in the same way as others, was due to the longer intervals between dental inspections. This would have disadvantaged potentially outstanding practices that were not due for an inspection for a long time, against more recently inspected ones. With ongoing assessment, dental practices might be subject to the same ratings as other services.

There will inevitably be new jargon to master. Practice managers will need to consider the specifics of “I” and “we” statements. There will be six evidence categories; people’s expectations, feedback from staff and members, feedback from partners, observation, outcomes, and processes. Considering a packed slide with the title, “what good might look like,” John drew particular attention to equity in both access, experiences and outcomes, environmental sustainability, monitoring and improving outcomes, plus responding to peoples’ immediate needs.

What should practices do to prepare? John offered some tips. The assessment would need to be evidenced and was likely to need be underpinned by a “shedload” of data, possibly in the form of an annual return. He thought that it would be wise to start collecting robust testimonials that would stand scrutiny, including from staff and leaders, as well as patients. Practices should start to think about just how they will present evidence of outcomes.

The CQC may be lurching back to it’s technocratic comfort zone, but for the compliance industry at least, the Dentistry Show 2022 will have been a great success.