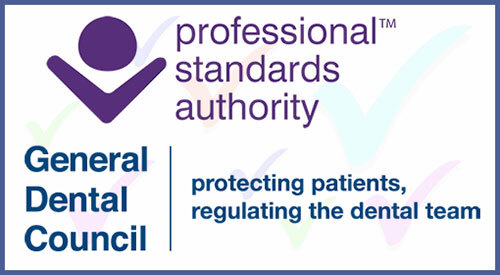 The General Dental Council regulates the dental team, but it too must answer to a regulator.

The Professional Standards Authority (PSA) regulates ten healthcare regulators, including those responsible for overseeing doctors, pharmacists and opticians. It is a successor to the Council for the Regulation of Health Professionals, a body set up following the inquiry into the Bristol paediatric heart surgery scandal, where it was felt that another layer of regulation would help to protect the public.

One of the PSA’s tasks is to produce reports on the regulators that answer to it, and their latest report on the GDC has recently been published. These reports are important, because in the PSA’s own words, it is an, “an independent organisation, accountable to the UK Parliament. Our reports help Parliament monitor and improve the protection of the public.”

Previous reports on the GDC have often embarrassed the GDC, drawing attention to its shortcomings, particularly in the field of its management of FtP (Fitness to Practice).

At its low point, the PSA assessed the GDC to be the poorest performing regulator.

Lately the reports have been less critical and for the period 2021/2022 covered in the new report, the GDC was found to meet 17 of the 18 standards that the PSA sets for regulators.

For comparison in the same period the General Osteopathic Council was found to meet all 18 standards while the General Pharmaceutical Council only manged 15.

On the GDC’s website the headline read, “GDC welcomes Professional Standards Authority 2021/2022 performance review.” The GDC  pointed out that the Council was found to meet 17 of the 18 “Standards of Good Regulation” set out by the PSA.

The Council was particularly pleased to see, “acknowledgement of the work undertaken” to improve handling of interim orders.

The GDC claims that much of this failing was due to outside factors, beyond its control, “We know that part of this is due to our outdated and prescriptive legislation, and we have called for increased flexibility in the upcoming regulatory reform.”

The full PSA report which can be found here is a 25 page document.

Before looking at the individual standards the PSA explains: “To carry out this review, we collated and analysed evidence from the GDC and other interested parties.

The wording of Standard 15, which the GDC did not meet, is that, “The regulator’s process for examining and investigating cases is fair, proportionate, deals with cases as quickly as is consistent with a fair resolution of the case and ensures that appropriate evidence is available to support decision-makers to reach a fair decision that protects the public at each stage of the process.”

Reporting on the GDC’s specific failure on Standard 15, the report says, “The GDC did not meet this Standard in the last three performance reviews, primarily because the median end-to-end timeframe for dealing with fitness to practise cases was unacceptably high. We have also been concerned about the number of unresolved older cases in the GDC’s caseload.”

Within Standard 15 the PSA also considers the GDC’s controversial use of undercover investigations, concluding that it will “continue to monitor the GDC’s approach.”

On the issue of FtP delays the PSA notes that the number of cases older than 52 weeks had actually increased from 400 to 468 in the current period.

The report does outline the actions that the GDC intends to take to improve matters. These include disclosing clinical reviews to registrants at an earlier stage, focussing its resourcing of the FtP team, and addressing “underlying resilience issues.” Cases previously divided into fourteen streams will now also be subdivided into three groups.

Following this action plan the PSA adds that “The GDC expects that timeliness will deteriorate for a period as it resolves older cases in the system.”

GDPUK has long argued for change at our regulator.

The PSA could be a force for good with regard to the GDC and improve public protection, but once again the PSA has found the GDC wanting.

And once again the GDC has responded in terms that most registrants would struggle to understand - namely that it will do better.

It is difficult not to conclude that the PSA and GDC have a great deal in common. Similarly appointed and funded organisations, drawing their key personnel from very similar backgrounds, they appear to work collaboratively to give the impression of effective regulation.