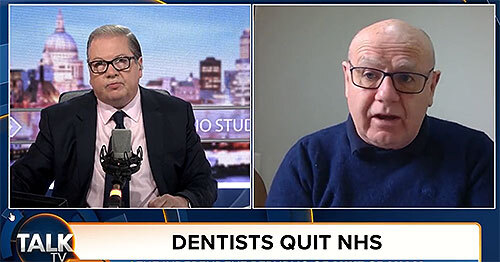 Alarming figures are emerging which suggest that a further two thousand dentists have quit NHS dentistry.

The NHS figures, obtained using freedom of information laws by the Association of Dental Groups , reveal that the number of dentists providing NHS care in England dropped from 23,733 at the end of 2020 to 21,544 at the end of January 2022.

This drop comes on top of the 951 dentists reported to have the NHS dental service the year before.

The Association of Dental Groups (ADG)  is a trade body that represents chains of dental providers including large and mini corporates.

The desperate state of NHS dental provision was seized upon by The Guardian whose bank holiday Monday edition made it the leading front-page story. The Mail too covered the figures. Like the Guardian it reported that over four million patients risk being left without an NHS dentist if it is accepted that each clinician provides services to around two thousand people.

British Dental Association Chair,  Dr Eddie Crouch pulled no punches when he was interviewed on Talk TV.  Dr Crouch told presenter Mike Graham “We’ve been warning the government for a long time that many dentists no longer see their future long term in the NHS."

"Many of my younger colleagues don’t see their future there and are looking to get out at the earliest opportunity."

Dr Crouch, who has clocked up over 38 years in the NHS, said there were now very few dentists like  him left because it was not profitable.  Dentistry was receiving less funding in real terms than a decade ago and the funding was only sufficient to serve half the population, he added.

£ 879M would need to be invested into NHS dentistry to return it to the service it was in 2012 “and even then it wasn’t good enough,”  Dr Crouch said.

“If one in two only had access to a GP, to see their doctor,  there’d be absolute uproar."

The ADG’s report is a fount of information about the state of NHS dentistry and GDPUK will be reporting further on its findings over the coming days.

Two thousand is a nice round figure. The true figure for the number of dentists who left the NHS last year is 2189.

Millions more people are without a service that should be universally available but is increasingly a luxury for those with the means to afford private consultations. And, as the cost-of-living crisis bites, many with the means will do so increasingly grudgingly.

The ADG report, rightly and ominously, warns of the consequences of swathes of the population not being able to access a dental exam citing oral cancer and type 2 diabetes as diseases where dentists are in the front line of detecting symptoms in a timely manner.

Against such a background, the insouciance of government, the Department of Health and yes, the Chief Dental Officer, is breath-taking.  Week in, month out, dental teams receive gushy e-mailed newsletters from the CDO and her team; not one has talked about access or sought the views of recipients on how dentistry could be reformed to address the problem.

Dentistry suffers from many things especially a total absence of leadership: the BDA aside, nobody is thumping the table saying ‘enough is enough’ and, when MPs raise the issue or the media approach Government ministers for comment, all they meet are the platitudes about contract reform (stock answer since 2012) and ‘doing all we can’. While Rome burns...

Insult is now added to injury as spokespeople, ie those charged with, but it seems not accountable for, delivering a service the public pay for, add “and we’ve invested £50M to fund 300,000 additional appointments” to their rote replies.  Oh really?  As reported on GDPUK and elsewhere, this short term initiative was only ever about snatching useful headlines and has no figures to support its uptake. We know this because, from Maria Caulfield the Minister responsible for dental services down through the massed ranks of NHS managers and statisticians, nobody, it seems, is able to quantify what was delivered.

How we wish it were different. The profession needs a success story. But not one built on exhausted workers bolting on additional hours to their long days.

The dental access crisis is now reaching its loudest crescendo. We have been reporting from the problem areas across the length and breadth of the country.  Of families who can’t see a dentist, of children with rotting teeth, of folk so despairing of ever finding a dentist that they resort to yanking their own teeth out in the garden shed.

Action was needed yesterday. Come on NHS, let’s hear from you….