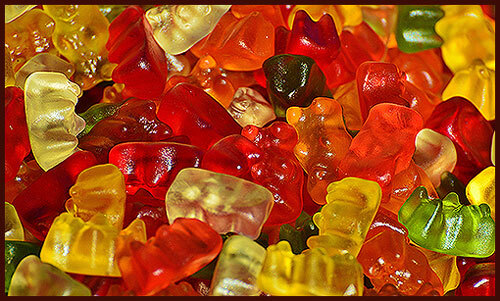 A study from University College London has revealed the shocking statistic that children are consuming three time the daily recommended amount of sugars.

The report based upon data from 2400 British families will be presented at the European Congress on Obesity. There are record numbers affected, with 40% of British school children obese or overweight by the time that they leave primary school.

Whilst sugar consumption remains stubbornly high, the sources are changing, with fruit juice and smoothies now being the largest source of sugar in the diet.

Seven year olds derived 12.5% of their total sugar from juices compared to 9.8% from buns, pastries and cakes, and 85 from chocolate. Even more alarmingly, for toddlers, juices contributed 9.3%, with 8.3% from yoghurts, and 7.5% from fromage frais.

At seven years old, children were consuming an equivalent of 18 teaspoons of sugar daily, the recommended maximum being 6 spoonful’s. There is a recommended limit that at age seven, no more than 10% of daily calories should come from “free” or added sugars. Only 1.5% of the survey subjects were within this range.

Lead researcher Lisa Heggie commented that, “We need to make sure that children are encouraged to drink water instead of beverages high in free sugar to reduce the risk of childhood obesity and to improve child dental health, and to choose foods that don’t contain added sugars like fresh fruits and vegetables.”

This advice will be familiar to dental teams who have been making these recommendations to young patients and their carers for many years. In a fairly lengthy feature in The Telegraph, this was the only time that any reference was made to the link between the nation’s sugar problem, and the resulting damage and suffering which are seen so regularly in dental practices.

Lisa Heggie went on to put the case for better nutritional information on products, to alert parents to the “hidden” sugars. The claims to “No added sugar” on products sweetened with concentrated juice were, “misleading and unhelpful,” and that this often misled parents who were trying to make healthy choices for their children. The example of some yoghurts containing up to 4 teaspoons of sugar was given.

Katharine Jenner, a nutritionist who is also director of Action on Sugar, said that firmer action on marketing as well a reduction of sugar content was needed. She pointed out that the preference for sweet flavours was established at an early age and yet Government policies to reduce sugar consumption were not aimed at infants and toddlers, which she described as “ludicrous.”

Misleading health claims on packaging, describing foods as, “suitable for children,” as well as the use of cartoon characters on some products, all needed to change.

Defending the industry, Gavin Partington of the British Soft Drinks Association fell back on the well-worn defence of juice being a source of Vitamin C, and that it provided one of the ‘five a day.’