Welcome to the New Normal - the NHS access crisis 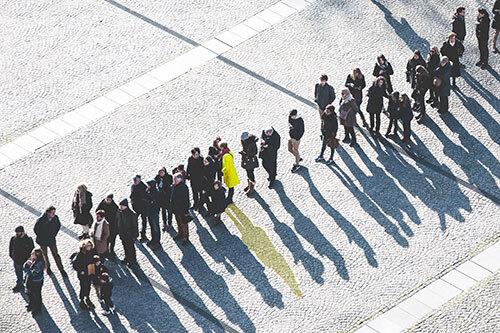 There is no respite in the bad news stories about NHS access but a clear pattern has now emerged. There is a sad predictability to both the stories of the dentally disenfranchised, and the responses from those nominally responsible for providing their care.

In Dumfries and Galloway a newspaper reports that, “dental services are still in crisis.” Getting straight to the point, the story began by explaining that “Dentists have been continuing to leave the region due to the chaos caused by the pandemic, huge backlogs, and NHS dental services in disarray.”

The Daily Record’s report continued with details of the regional Health Board’s recent meeting. The interim director of dentistry, Alison Milne confirmed that from April 1st, “strict” cross-infection measures had been dropped, perhaps better expressed as no longer requiring extra PPE and downtime for AGP’s.

However across the region dentists were leaving the area, or reducing NHS provision. The number of patients without NHS registration was increasing, though “where possible” the board was working to secure provision for children.

The summary was bleak, “we see reduced access to NHS dental services for the whole population of the region.” This was not spread equally and those in the most deprived areas were more likely to be affected.

Good news was in short supply. Members of the board were told that the Scottish Government is working on reform of the dental system, and that a local development plan has also been created. The only immediate glimmer of hope for the board was a reminder that the Overseas Registration Exam (ORE) was restarting, with 2000 candidates waiting to sit it.

To give a patient's eye view of the crisis, the Mirror had an impressive headline with, “Man left fuming after being told he may wait 10 years for dentist appointment.”

The man, from Leeds had been trying to see a dentist since before the pandemic. He had initially been “dropped” from a practice after missing an appointment. An internet search led him to contact a practice that was shown as taking NHS patients. In response he received an email offering to add him to their waiting lists for new patients, adding that the wait was about 8 years. They helpfully went on to suggest getting onto as many waiting lists as possible and that others were a lot shorter, and if in pain to call 111.

The 50 year old, would-be patient commented, “I understand the NHS is underfunded but it seems if you go private that’s the only way now.” For him there was an eventual happy ending, as following his posting of the practice’s response online, another local practice got in touch to help.

Even allowing for confusion about registration, questions about how such a long waiting list can be effectively managed, and the lack of curiosity about why private appointments might be easier to come by, this was just another item in the stream of “bad news” dental stories.