The GDC and NHS UDAs Crushed Compassion – The Brutal Truth 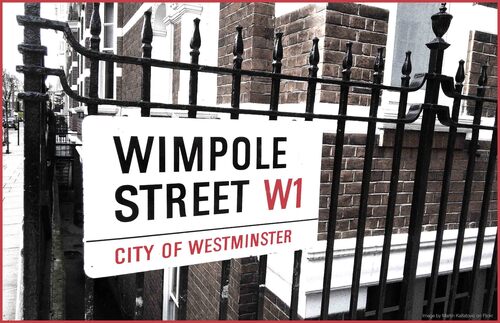 An article written by a respected dentist and academic has received widespread social media plaudits for the way it encapsulates the feelings of many UK practitioners regarding dental litigation and the General Dental Council.

Dr Martin Kelleher’s essay in the British Dental Journal - ‘How the General Dental Council and NHS UDAs crushed the compassion out of dentists’ - has struck a chord with GDP’s for the eloquent and accurate way it has summarised a general feeling in the profession that the dental regulatory and NHS systems have made the practice of dentistry almost impossibly difficult.

The well-known consultant restorative specialist said that compassion had been ‘crushed’ out of many dental professionals as a result of actions and policies of governmental agencies and the General Dental Council.

Dr Kelleher expressed the view that many compassionate practitioners may be reluctant to act practically to overcome a patient’s problems because of the worry of legal consequences. He said that even though the probability of anything ‘really terrible’ will happen is low, the tension and worry that it will occur is always present.

Dr Kelleher said that practitioners can effectively reduce their own risk of a ‘painful experience’ by not undertaking ‘slightly risky procedures.’

He said “It is far, far safer to make copious notes but then to refer on anything potentially problematic, especially under the flawed NHS Units of Dental Activity system, ’just to be on the safe side’, while bowing low to the GDC and claiming it is ’outside of one’s competence’.

He made the important point “The net result is a lack of clinical engagement in solving patients’ problems practically, coupled with an ongoing lack of experience and confidence in solving similar patients’ problems, as well as shifting some problems unnecessarily on to overloaded hospital departments.”

Dr Kelleher asked “Who benefits from those perverse outcomes?”

He pointed out that pressurised dentists squeezing in emergency patients  can easily overlook recording a basic periodontal examination, or writing extensive radiograph reports and justifications.  Such omissions, he said ‘could well be criticised later on.’

He said “That reasonable outcome often seems to get forgotten by some GDC nit-pickers and instead it is only the record of the processes that appear to be what counts. Humanity and compassion count for nothing - allegedly, only records do.”

Dr Kelleher said “Many compassionate dental professionals now think of the GDC as a bit like being trapped in a lift with a wasp.”

Dr Kelleher said that a number of factors had resulted in ‘minimal trust or loyalty,’ but he said the “Loss of trust in dentists was aided and abetted by the GDC’s infamous 2014 advertising campaign inviting ’consumers’ to complain.”

One practitioner on a dental social media group said “Martin Kelleher hits the nail on the head...“State sponsored dental terrorism.”

Another dental professional said “It had to be said. I have a lot of respect for Martin Kelleher.

The dentist made the important point “The thing is, it still ultimately boils down to the threat of GDC involvement.”

“If the GDC part was solved, indemnity companies would have (very big) less reason to settle as they usually use the excuse that they’d rather not risk having to defend you in front of them, due to how unreasonable they can be in terms of what and how they investigate the complaint amongst other things unrelated to the original complaint.”

"Others who share responsibility for this unhelpful climate of fear include various civil serpents (sic) in the Treasury and the Department of Health, who imposed a politically motivated, variously flawed UDA system, as well as avaricious ‘no win no fee’ lawyers and aggressive consumer groups."

On Twitter, another practitioner wrote “This is so disheartening. I was a very conscientious GDP, and my patients appreciated it. There is sometimes an unpredictable outcome despite our best efforts.”

Another dental professional said “Martin Kelleher Nailed it. This is a landmark paper on the state of UK dentistry and an allegory for much of UK healthcare.”

Speaking directly to GDPUK, a well-known dental professional felt that NHS management decisions had a large influence in creating the despair running throughout the  whole of the general dental service.

He said “In 2006, when the new contracts were distributed, non-dental people who had gone into the management chain at NHS PTC’s  were the ones that were interpreting the contract. They’re the ones that said hygienists couldn’t open a course of treatment unless there had been an exam. And actually, when you look at the statement of dental remuneration before that, it said exactly the same. Nothing changed. It was the way it was interpreted.”

“The NHS has beaten the compassion out of dentists. And that’s down to  management and the bureaucracy.

A few days after Dr Kelleher’s article gained wide attention, a letter appeared in The Guardian yesterday, commenting on an article the newspaper carried a few days earlier written by a journalist who had experienced numerous infections which took a considerable amount of time for dentists to address.

The letter echoed Dr Kelleher’s central point that dentists may be shying away from carrying out treatment for any condition that is ‘out of the ordinary’  for fear of legal consequences.

The letter’s author wrote after detailing his own dental infections that he endured for many years until two dentists and a GP finally helped him.

He wrote “The problem goes right to the heart and to the top of the dental establishment, where the default position is to never treat anything out of the ordinary – or risk being struck off.”

“This risk-aversion policy can be found from the everyday high-street dentist to the bodies that represent practitioners.”

The GDC and NHS UDAs Crushed Compassion – The Brutal Truth

Having known and admired Martin ever since I first met him at The London over 50 years ago and having understood his integrity and clear-sighted understanding of the dental scene in this country I can only in its entirety support his latest article in the British Dental Journal.

His view of the causes of the current state of affairs completely aligns with mine - he is so much better than I at articulating that view.

We have reached the current situation because our politicians have for over 70 years promised to provide the impossible and the profession has lost the ethical basis that should be at the heart of a self-governing profession.

Government and the GDC need to take to heart the message at the heart of Martin's article.
1