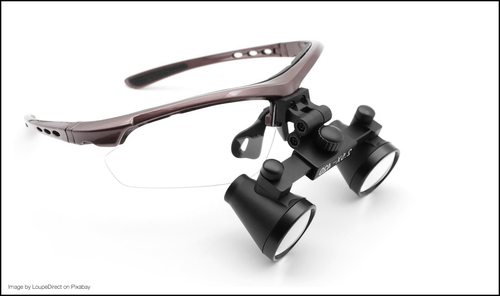 Dentist shortages could be alleviated by employing more dental therapists, a leading dental academic has claimed.

Professor Phil Taylor is the Dean of the Faculty of Dental Surgery at the Royal College of Surgeons of Edinburgh and he has said that increasing the use of dental therapists “Would provide some much-needed support to the dental sector” The Herald (Scotland) reported.

Professor Taylor’s view was aired this week, following the revelation in February that the backlog of appointments has now hit 40 million.

Prof Taylor told The Herald “Following Brexit, lots of Europeans who were previously living and working in the UK have left and moved to other parts of Europe.”

“This has severely impacted the dental profession in the UK – for example, 37 per cent of dentists in Dumfries and Galloway have moved out of the country since the UK left the EU.”

The UK is facing a shortage of dental associates, particularly in the NHS sector, with many online dental forums highlighting the critical reduction in applicants for associate vacancies.

Although he addressed the apparent general shortage of dentists in the UK, Professor Taylor told The Herald “Scotland in particular is struggling with a real shortage of dentists, and I believe that we must be more forward thinking when it comes to clearing the current backlog of patients.”

“One way of doing this would be to move towards employing not just dentists, but more dental therapists, who are able to carry out a large number of procedures usually carried out by dentists, such as check-ups, hygiene appointments and fillings.”

Professor Taylor added “Dental therapists would be perfectly capable of doing the work that most patients require,” The Herald reported.

He suggested that a dentist could be ‘in charge’ of four or five dental therapists. The dentists would formulate the treatment plan with the therapists carrying out the treatment.

Professor pointed out that “Dentistry is a very lengthy and costly degree course, and many dental students have experienced delays to their degree courses and training as a result of Covid, so it’s going to take a long time before the workforce gets up to full capacity again.”

Ms Hemington told GDPUK “We are delighted to hear that Professor Taylor shares the same view that BADT have long held about the wider utilisation of dental therapists, and never has this been more pertinent.”

“The biggest hurdle to full use of dental therapists is that they can’t open an NHS course of treatment, something which they can do privately.

If this current position changed, the BADT Chair said “This would increase dental access even further and encourage even greater teamwork. It is also how dental therapists work in a number of other countries, acting as the gateway to dental services with upward referral to dentists for treatment that is out of their Scope of Practice.”

Ms Hemington concluded “A mechanism to be able to open a course of NHS dental treatment would have a massive impact on dental access across the UK.”

As GDPUK reported in 2021, one keen advocate for the use of dental therapists is dentist Dr John Lewis, who successfully incorporates therapists in his large mixed practice in Penrith, Cumbria.

Dr Lewis then told GDPUK “I saw my first therapist twelve years ago. I now have four therapists and a hygienist part-time. I recruit new graduates and have an in-house VT scheme for them.”

At the time, Dr Lewis said “The big issue with the NHS is the opening of a course of treatment. Until commissioning and regulations are altered then therapists will have a limited role in the full NHS unless you start to think differently.”