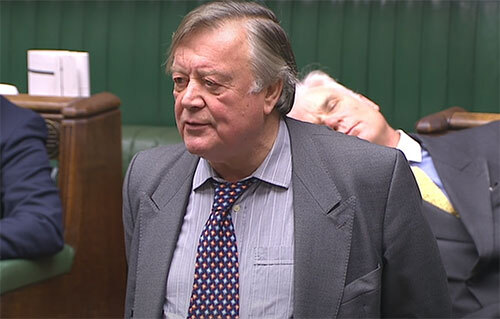 It was headlined bluntly in Hansard as, “NHS Dentistry Backlog,” being part of the latest Health and Social Care debate in the House of Commons, but did not see the government bring out its big hitters.

In the same session, MP’s tabling questions about smoking cessation, health and care integration or regional health inequalities, received replies from Cabinet member, Minister of Health and ‘big beast,’ Sajid Javid. The collapse of NHS dentistry, along with NHS Ear irrigation and micro suction, had to make do with Maria Caulfield, Parliamentary Under-Secretary of State for Health and Social Care.

After recent encouraging signs of better informed debates about dentistry, it would appear that both MP’s and Ministers are returning to a comforting parallel universe.

Tom Hunt (Ipswich, Con) had asked, “What steps his Department is taking to tackle the backlog in NHS dentistry appointments.”

Maria Caulfield’s reply led with the return to 95% targets for contractors, blamed the UDA contract, and then claimed that work was “under way” to reform it. Due to the hush-hush nature of negotiations, conveniently, she could reveal no more.

Tom Hunt did not seem entirely satisfied with this, responding, “A number of my constituents are finding it impossible to access NHS dental care.” He gave the example of Alison, a former midwife who had tried 40 practices without success. There was a 30% drop in the number of dentists taking on NHS work in Suffolk and he wanted to know what local efforts were taking place to help.”

The Minister's response spoke of changes to the skill mix and scope of the workforce, flexible routes into training, and looking at areas with particular problems. She promised to “look at Ipswich in particular.”

Emma Hardy (Kingston upon Hull West and Hessle, Lab) followed with a constituent’s experience of being ‘removed’ from a dentists 'list.' She asked the Minister to “speak to some of the dental practices about the possibility of relaxing their rules on kicking people off.”

Sixteen years on from the UDA contract there are still MP’s that think that there are dental practice lists, and that failing to offer unlimited appointments on demand can be described as “kicking off.” The Under-Secretary replied that, there was not a list system, audaciously suggesting that this provided a benefit as patients could “see any dentist when they have a dental issue.” Oblivious to the irony of saying this in a debate about the lack of access, she continued by blaming dentists for not updating their availability on “the website,” presumably the NHS find-a-dentist website.

Sir Peter Bottomley (Con, Worthing West) and a regular contributor to dental debates, voiced his appreciation for the work that dental teams were doing to restore the service, and then asked about contract changes.

In a moment of clarity Maria Caulfield replied that, “the problem is that there is a shortage throughout the country not of dentists but of dentists taking on NHS work.” She then fell back on the well-rehearsed line that, “The contract is the nub of the problem”, adding the now familiar, “which is why work is under way to reform it. We will shortly announce some short-term changes and some longer-term reforms.”

Jim Shannon (Strangford, DUP) offered a bold solution to the access crisis, “Bearing in mind that dentists are now determined to turn their practices wholly private as they cannot make ends meet with NHS prices, will the Minister pledge to review NHS payments to stop the haemorrhaging of NHS dentistry provision?” Avoiding his key point, a brief reply dwelled entirely on the inadequacies of the UDA system.

Maria Miller (Con, Basingstoke) asked if the commissioning process might be an issue, since the areas covered did not correspond with Clinical Commissioning Groups. The Under-Secretary spoke broadly of developing local solutions to “dental deserts.”

Maria Caulfield’s response to Feryal Clarke (Lab, Enfield North), began, “I am sorry to hear that tone from the hon. Lady.” She appeared to have been offended by Ms Clarke’s comments which began with her observation that, “NHS dentistry is in crisis”, and ended with the question, “when will this Government, who have had 12 years to do so, finally come up with some practical solutions that put patients’ needs first, rather than the half-baked, unworkable ideas we have heard to date?”

It is unlikely that many of the remaining dental teams delivering NHS care would argue with Feryal Clarke’s comments, or tone.

The rest of Maria Caulfield’s reply leant heavily upon party politics, managing to include reference to Labour having introduced the UDA contact, and attacking the performance of the Labour run, Welsh administration.

Lastly, Steve Brine, (Cons, Winchester) spoke of increasing numbers of his constituents contacting him having gone to “their NHS dentist” with an acute dental problem “only to be told either that NHS patients are no longer being seen or that they have fallen off the list.”

The Under-Secretary had nothing new to say, suggesting that he speak to his local commissioners and that the move to 95% activity should help. There was one other thing that Steve Brine added, based upon his experiences as a former Under-Secretary for Health and Social Care from 2017-2019, Maria Caulfield’s current post. He said, “I know the long-term answer is around the contract—I used to give that answer when I was in her seat.”

Alison in Ipswich, and all the other unhappy constituents might ask what if any progress, has been made since then.