From North to South NHS Dental Crisis Is Failing Thousands 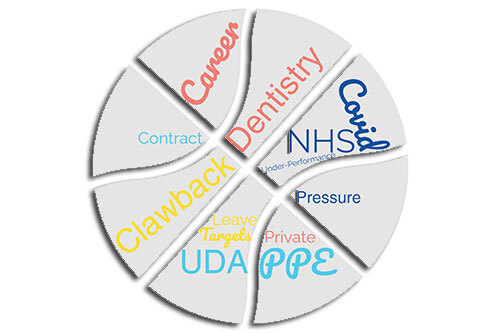 Over recent weeks GDPUK has highlighted numerous reports of patients unable to access an NHS dentist.  Much of our reporting is gathered from the pages of local press which over the last ten days has reached a crescendo across the length and breadth of the country.

Teesside Live reports that eight local Healthwatch organisations from the North-East together with just under 800 people and 36 practices took part in a study examining access to NHS dental services.

The results revealed the distances some people travelled; one made a 70 miles round trip from Hartlepool to Newcastle.  Many reported difficulties securing a dental appointment, including some who are registered at a practice (in a system that states there is no such thing as ‘patient registration’) with one claiming three years wait for a routine check-up. One ‘registered patient’ was unable to secure a timely appointment despite having described abscess symptoms to his or her regular dentist and ended up having an extraction courtesy of online 111.

37% of patients experiencing discomfort, pain or severe pain encountered difficulty securing an appointment whilst Healthwatch commented that there was a “strong perception that private patients were getting prioritised”.  (Healthwatch is a national, statutory body that claims to be ‘the patients champion’.  It received 128 replies in the survey, 63% of which were negative, 30% positive and 7% neutral).

One dentist in the South Tees area had stopped seeing private patients “to get through a backlog of NHS waiters”.  Perhaps meeting UDA targets might have something to do with that decision?

The HealthWatch report cited there had been some good examples of NHS care and urged practices to keep their websites and NHS Choices updated.  Local MP, Conservative Matt Vickers said NHS dentistry had “been neglected for 15 years” and described the recent ‘£50M for additional appointments initiative’ as a “drop in the ocean”.

With its population of over 550,000, many of whom are not in the fortunate position of being able to afford private dental charges, a report in Manchester World revealing that one Greater Manchester borough “had lost a quarter of its NHS dentists in the space of a year” will cause grave concern.

Earlier in the year, Manchester World teamed up the BBC Shared Data Unit to investigate reports of dentists leaving the NHS. Their report revealed that “NHS Bolton CCG was the second worst health organisation in the country, losing a staggering quarter of its health service dentists in the space of 12 months between 2020 and 2021”. Nearby Oldham was reported to have suffered an 18% drop as the BDA said 2.5M appointments had been lost in the region on account of the Covid-19 impact.

The problems are being highlighted by campaign group Toothless In England.  The group, born as Toothless in Suffolk soon established a national umbrella to campaign for greater investment in dentistry to secure universal access to dental care free at the point of need.  GDPUK contacted local pressure group Toothless in Manchester but they declined our invitation to comment.

The BDA’s Eddie Crouch was quoted, however; “Toothless in Manchester shouldn’t have to exist. In a wealthy 21st century nation patients shouldn’t need to pick up placards to secure access to basic healthcare.  The voices of patients across Manchester need to be heard”.

“We can’t find a dentist within 25 miles who will take on new NHS patients” ran the headline in Cambridge Independent (est 1819).  The news item clamed that the NHS’s ‘find a dentist’ service revealed that most practices that had updated their profiles were not accepting new patients.

One patient, on receiving advice that his dentist was going private, was horrified to discover that the nearest practice accepting new NHS patients was in Hertfordshire.  The patient, Stefano Pozzi, told the paper “I pay my taxes and those taxes go towards NHS dentistry.  As a point of principle, why should I pay for private treatment when we have an NHS system that includes dental services?”  Mr Pozzi found a practice, with an NHS waiting list, 25 miles away in Hertfordshire.

Cambridgeshire and Peterborough suffered a nine per cent drop in the number of NHS dentists last year the Cambridgeshire Independent reports.

GDPUK will continue to highlight the shortcomings of NHS dental provision and the contract that has given birth to so many of them.  We take no pleasure in this and have no agenda.  We would prefer to report successes and improvement.  We are simply reporting the news as we receive it.  If you have a story, positive or negative about the delivery of dental services NHS or private, we offer you a forum to share and debate your experiences.