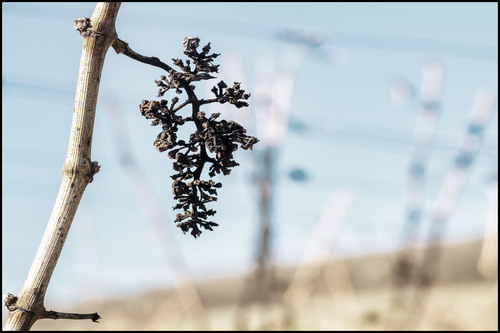 Without more financial support, NHS dentistry across the border will ‘Wither on the vine’ according to the British Dental Association Wales.

ITV News Wales said the BDA had welcomed calls from Welsh Conservatives for a “fair funding settlement for NHS dentistry,” but pointed out that “Wales has suffered from historic underfunding compared to other devolved nations.”

The ITV News website said that before the pandemic, Wales lagged behind the Government’s spend on NHS dentistry in Scotland (£55 per head) and Northern Ireland (£56 per head).

In Wales, the Government spend was just £47 per head.

The news site said “While the Welsh Government has offered £3 million in time-limited funds late in the financial year to provide additional appointments, few practices have been able to make use of the scheme given the huge demands already placed on an overstretched workforce  and the need to fulfil existing contractual commitments.”

“The BDA warn additional offers of £2 million in recurrent funding risk following the same pattern, particularly given limits on staffing capacity. Practices are struggling to recruit and the NHS has lost 8% of its dentists in the last two years.”

Chair of the BDA’s Welsh General Dental Practice Committee, Dr Russell Gidney told ITV "For over a decade dentists have been forced to do more with less - often at the expense of their own well-being.”

"Covid needs to mark a turning point. If the Welsh Government fails to support NHS dentistry now the service looks set to wither on the vine."

Dr Gidney said  "Dentists give a lot to the profession they work in. We are trying to do the best that we can for the practices and we don’t like being in this push pull situation where we’re having to give some sort of compromise and unless we’re allowed to work in the manner that we want to, it puts dentists at odds with the patients that they’re trying to provide care for.”

"We can’t professionally, we can’t morally, we can’t ethically give a sub-standard service to those patients, we want to be allowed to do what we’re trained to do," he told ITV News.

The news site said the BDA has stressed that that offering funding for additional appointments “will remain fruitless without confronting the mounting costs of providing care, and the failure of budgets to keep pace with inflation over the last decade.”

The BDA said on Twitter yesterday, that NHS dentistry in Wales “Needs more than a sticking plaster when it comes to funding.”

On Twitter, Dr Gidney quoted Welsh Labour leader Mark Drakeford, who said  “Nobody is being forced to take the new contract. The new contract has been carefully negotiated with the professional bodies, many dentists believe it is far preferable to the existing contract because it allows…quality dentistry rather than the treadmill of UDA”

But the Wales GDPC Chair said in response  “Stretching the truth - @TheBDA were presented this offer at a late stage on a ludicrous time scale. That practices are even considering gambling on untested metrics is a testament to how unrealistic the 95% UDA offer is.”

Dr Gidney added “Welsh dental practices will only be able see half their established patient base with uncertainty over numbers of new patients and with many forced to consider their options outside the NHS.”

Dr Lauren Harry, a principal dentist working in Wales is a member of the BDA’s Principal Executive Committee. She is the founder of Mental Dental, a growing Facebook group which helps dentists in crisis, and is a trustee of Confidental Helpline.

She summed up the feelings of many dentists working in Wales when she tweeted “I have barely slept in weeks and have taken calls from dozens of Welsh practice owners who feel the same.”

“What an abject lack of respect the profession has been shown. I fear this will be disastrous for patients as recall times lengthen and small problems become big problems.”