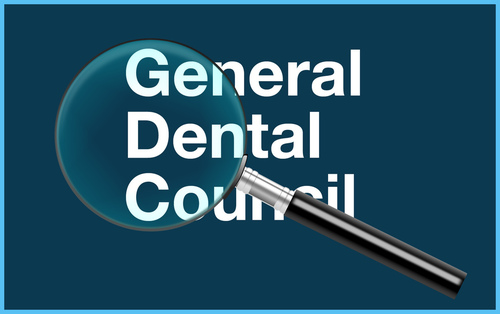 The General Dental Council is again under the magnifying glass surrounding its use of private investigators in ‘under-guise’ operations against registrants.

It’s the second time over the past year that the GDC has used the Freedom of Information Act to exempt itself from answering questions surrounding its activities.

In June of 2021, the General Dental Council appealed  against a demand from the Information Commissioner, refusing to reveal the contents of an email relating to the regulator’s decision to make controversial top-up furlough payments to its staff, during the first phase of the pandemic.

On this occasion, the GDC said that release of information surrounding the case of a clinical technician who was subject to an under-guise operation, described at the time by former British Dental Association Chair Dr Mick Armstrong as ‘entrapment,’ would  “Be likely to deter individuals from raising concerns in the future.”

In April 2021 the General Dental Council admitted to Dental Protection that it acted ‘unlawfully in undertaking an under-guise operation without reasonable justification’ against a clinical technician.  In that case, a clinical dental technician was victim to two private investigators posing as relatives of a fictitious elderly housebound woman. The investigators were alleged to have attempted to induce the registrant to act outside his scope of practice.

The GDC also revealed to GDPUK  that it paid about £38,000 in costs and damages to the clinical technician.

In late 2021, the Information Commissioner’s Office (ICO) decided in the General Dental Council’s favour following a complaint from Leeds-based GDP Dr Dominic O’Hooley about the way his Freedom of Information request had been handled.

Dr O’Hooley had asked the GDC whether Annual Retention Fee money had been used to cover the cost of under-guise investigations.

Regarding the GDP’s request for information regarding the financing of under-guise investigations in 2013, the ICO said “The GDC confirmed that it does not hold financial information for the period before 2013; its retention period for that type of material is six years.”

In his complaint to the Commissioner, the Dr O’Hooley said that he was dissatisfied that the GDC had suggested that information on the financial costs of under-guise investigations that it approved prior to 2013 could not be found, as it has securely destroyed those records.

The notice concluded “The Commissioner has considered the complainant’s argument and the GDC’s submission.”

“The Commissioner is persuaded by the submission and the GDC’s reasoning and considers that the searches it undertook were adequate.”

“He has therefore decided that, on the balance of probabilities, the GDC holds no further information within scope of part 1 of the complainant’s request and has complied with section 1(1) of the FOIA.”

At the time, the ICO’s decision drew criticism from practitioners on social media.

In the latest FOI review carried out by the GDC, the regulator said that disclosure of information requested by Dr O’Hooley would ‘breach data protection principles.’

The GDP asked the regulator “Were the FTP Panellist group briefed about the use of these investigations as a general occasional GDC tactic? If they were, was this prior or after the use was sanctioned by the senior GDC team?”

Dr O’Hooley also asked  “For individual FTP investigations, please divulge any/all occasions where FTP panellists expressed their formal disapproval of the use of under-guise investigations/operations by the GDC. Please also divulge the GDC response to these concerns if they did arise.

The GDC conducted a review of Dr O’Hooley’s request following a complaint he made to the Information Commissioner under section 50 of the Freedom of Information Act. The request followed the much-publicised case of the clinical technician, defended by Dental Protection.

The GDC said “In our view, the information you have requested is third party personal information and to disclose it to you, or any other member of the public, would breach the data protection principles in Article 5(1)(a) and Article 5(1)” (of the FOI Act).

At no point did Dr O’Hooley appear to request the identity of any personnel.

“With regards to the reasons against disclosure, this was a hearing held in private between only those parties entitled to be present, and releasing this information into the public domain outside of legislative obligation and the GDC’s Disclosure and Publication policy would be likely to erode industry and public confidence in the GDC as the profession’s regulator.

“Releasing information in this way against the Disclosure and Publication policy would also be likely to deter individuals from raising concerns in the future if they felt there was a likelihood the GDC might release information into the public domain against its policies or legislation.”

“There is also a lot of information already in the public domain about this particular case, including information published by the GDC and other organisations. This information includes the verbatim disapproval and case conclusion. Disclosing the information would also involve identifying the registrant and disclosing the individual’s personal information which had previously led to an out of court settlement.”

“Taking all of these arguments into consideration, we strongly believe the arguments not to release the private determination outweigh its disclosure under this exemption.”

Dr O’Hooley was praised on social media for his “Relentless pursuit of justice” as one registrant put it.

Another said that the GDC’s assertion that disclosure “Would be likely to erode industry and public confidence” was “Laughable,” questioning if there was still any confidence in the regulator from members of the profession.