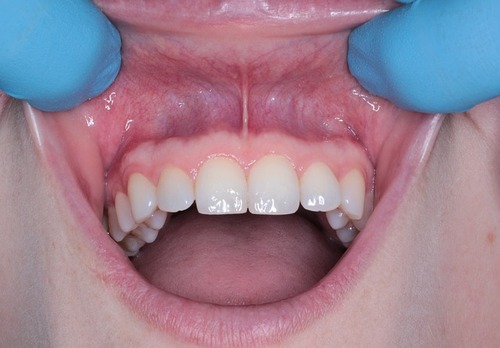 COVID-19 could pass into people’s lungs from saliva with the virus moving directly from mouth to bloodstream - particularly if individuals are suffering from gum disease, according to research published late last year.

Titled ‘The Covid-19 Pathway: A Proposed Oral-Vascular-Pulmonary Route Of Sars-Cov-2 Infection And The Importance Of Oral Healthcare Measures,’ the research found that any breach in oral tissues can make it easier for the virus to enter the bloodstream from the mouth.

The authors suggested the virus enters the body through the upper airways (nose and mouth), collects in the saliva in the mouth and enters dental plaque under the gums. It then crosses the gums into the blood vessels, where it travels to the arteries in the lungs rather than travelling to the lungs via the airways.

Consequently, gums may play a key role in the transmission of the SARS-CoV-2 virus from the mouth to the lungs, where it can cause Covid-19 lung disease.

Co-author Professor Iain Chapple MBE of the University of Birmingham further said: “Dental plaque contains billions of microbes and needs to be removed daily. Otherwise, the gums become inflamed and small ulcers that communicate directly with the bloodstream form between the gums and teeth.”

“These allow microbes like viruses to enter the bloodstream. The plaque under the gums forms a biofilm, which acts as a self-protective environment for many microbes to survive and prosper. Given the high SARS-CoV-2 viral load in saliva, this blood-borne route of transfer to the lungs is highly plausible.”

Individuals with periodontitis have higher amounts of gingival crevicular fluid (GCF). The research noted that the SARS-CoV-2 virus has been found in both saliva and GCF. 64% of patients who tested positive for COVID-19 had the virus present in GCF samples.

Individuals with periodontitis have periodontal pockets which could become a collection site for excess plaque and bacteria. These pockets provide an ideal environment for the virus to survive and replicate.

Experts have said that this discovery could make effective oral healthcare a potentially lifesaving action - recommending that the public take simple, but effective, daily steps to maintain oral hygiene and reduce factors contributing to gum disease, such as the build-up of plaque.

They also noted emerging evidence that specific ingredients of some cheap and widely available mouthwash products are highly effective at inactivating the SARS-CoV-2 virus.

Dentists play a key role in this fight against the SARS-CoV-2 virus as periodontitis is common but largely preventable and usually the result of poor oral hygiene.

The study, published in  the Journal of Oral Medicine and Dental Research  can be found here.

Image by Mauro1984 from Pixabay