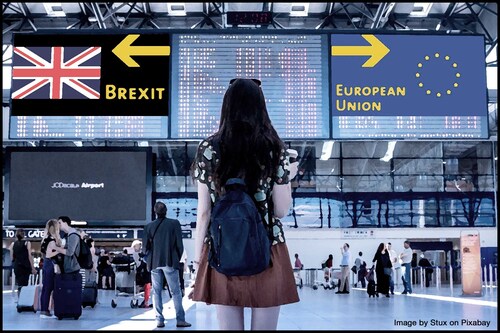 The changes to the registration procedures applicable to dentists who qualified in the European Union, appear to be beginning to bite.

With many stories of the crisis in gaining access to NHS dentistry highlighted daily in the press, there have also been concomitant anecdotal tales from dental practices unable to recruit dentists and dental professionals. The crisis has been particularly acute in Suffolk, East Anglia.

Journalist Cameron Holloway has written on the East Anglia Bylines website, the story of Dr Renata Geisa who has been a dentist for over thirty years, specialising in orthodontics and implantology.

“She first qualified in Brazil, before moving to Italy for her then-husband’s job. She gained Italian citizenship and a dentist’s licence, before the family moved again, to London.”

“But a quirk of the system post-Brexit means that Dr Geisa’s Italian qualification is no longer recognised in the UK,” Mr Holloway reported.

“Dr Geisa’s story is not unique. In practice, these rules apply to many dentists who qualified outside the UK.”

“While the UK remained in the EU, freedom of movement rules meant that EU dentists’ qualifications were automatically recognised, even if the original qualification was obtained outside the EU and ratified by an EU member state. This was in contrast to people from “third countries.”

“Post-Brexit, this preferential treatment no longer applies, leaving dentists whose qualifications do not fit the new requirements in limbo,” East Anglia Bylines reported.

The report said that Dr Geisa’s certificate was gained through the Ministry of Health in Italy, but the General Dental Council’s  appendix to the European Directive requires that EU citizens have a qualification from an EU university, meaning that Dr Geisa’s licence is no longer recognised.

“This appendix was not agreed or signed with the European Directive Law for General Assessments for overseas qualification,” East Anglia Bylines said.

The GDC website advises potential applicants from the EU, “If your dental qualification was not listed in listed in V.3. Annex V of Directive 2005/36/EC at 11pm GMT on 31 December 2020, you will need to apply as an applicant with an overseas qualification.”

This effectively means that applicants to the dental register will need to follow the route to registration that dentists from outside the EU currently do.

The GDC advises candidates “For applications to the Dentist register you will need to complete the Overseas Registration Exam (ORE) or the Licence in Dental Surgery (LDS).”

From 1 January 2021 the GDC  also wrote it “Can no longer register EEA-qualified dentists for T&O (temporary and occasional) services.”

Many dentists from outside the EU have complained on social media over the past few years about the wait to take the ORE. The situation was made worse after the onset of the worldwide COVID-19 pandemic.

The GDC wrote on its website “Safety restrictions brought in as part of the COVID-19 response in 2020 made it necessary to suspend Parts 1 and 2 of the Overseas Registration Exam (ORE) last year. As part of that suspension, the scheduled Part 1 and Part 2 exams in April 2020 were cancelled.”

This is unlikely to alleviate the shortage of suitably qualified dentists and allow many EU applicants to qualify for registration,  because of an inevitable backlog of candidates waiting to sit the ORE examinations.

The GDC said  “This sitting will be offered to those candidates who remain booked onto the cancelled April 2020 Part 2 exam in the first instance (subject to the provisions of the ORE legislation).”

“Places will then be offered to candidates who are approaching the statutory five-year deadline between first attempting the Part 1 exam and passing the Part 2 exam. For this reason, it is highly likely that places on this exam will not become available to other candidates on the Part 2 Candidate List.”

Before the onset of the pandemic, the BDA  said “Around 16-17 percent of the UK dentist workforce is registered on the basis of an EU/EEA degree; this includes UK citizens who have studied in Europe.”

It warned “Whatever the future system for recognition, there is already a waiting list for registration exams, and we believe that significant additional numbers of sittings may be difficult to arrange.”

“We do not know what impact a more hostile environment (whether perceived or evidenced) might have on EU citizens who have lived in the UK for some time, and may have trained here, but hold citizenship of another EU country – some may choose to leave the UK. The changes, and a lower exchange rate for Pound Sterling, may also make the UK a less attractive place to work for dentists in the future and have an impact on the dentist workforce in the UK.”

GDPUK knows of one EU-qualified dentist – a general dental practice owner – who is currently seeking to sell his Midlands practice after his partner experienced post-Brexit hostility.

In October 2020, the Financial Times wrote “The British dental industry is facing an impending recruitment “crisis”, with Brexit uncertainty and the Covid-19 pandemic choking the supply of overseas dentists to the UK.”

The FT said “Neil Carmichael, chair of the Association of Dental Groups which represents major national providers including MyDentist and Bupa, said the government needed to take urgent action to continue to make the UK attractive to dentists from the European Economic Area.”

“The dental workforce is set to face a crisis in 2021 as overseas recruitment could dry up. As mutual recognition [of qualifications] and freedom of movement fall away at the end of the [Brexit] transition period, the UK could look a much less attractive place for EEA dentists to practice,” he said.”

The existence of a dental workforce crisis appeared to be confirmed earlier this year, when James Wigglesworth wrote on the dentaltalent.co.uk website “According to the NHS, over 24,684 dentists performed activity during 2019-2020 – showing an increase of 139 compared with the previous year.”

“This would imply an improvement in the access to dental healthcare to the Britishers, right? That’s not the case! In 2018, the average number of NHS dentists available for 10,000 people were 5.3 – much lesser than in Italy, Germany or France.”

“This has led to a considerable burden on the UK healthcare system, with patients having to wait for many months before seeing their dentists. So, there is undoubtedly a shortage of dentists in the UK.”

“But, things have changed now; dentists trained in the EU/EEA countries will now need to go through a points-based system to acquire a working visa and seek dental jobs. Besides, they will not need to get their qualifications equivocated according to UK standards.”

“Not only this, dental practices will now have to “sponsor” foreign dental talent to hire them, making things more complicated. All these factors have created hurdles and difficulties for foreign dentists, which have resulted in a decrease in the number of dentists in the UK post-Brexit,” dentaltalent.co.uk said.

In 2019, again, before the pandemic, the British Dental Journal said ‘Around a third of dentists who qualified in Europe but who currently work in the UK say they are considering leaving the UK, largely because of Brexit.”

The article quoted results from a report published by the GDC on the post-Brexit intentions of dental professionals who qualified in the European Economic Area  (EEA).

The online survey was responded to by 2,464 European qualified dental professionals on the GDC register.

The BDJ article said “Responses showed that almost a third (32%) of those surveyed said they were considering leaving the UK in the next few years, although more than half (55%) of this group said this might change if their qualifications continued to be recognised.”

“Of those intending to leave, 82% said that Brexit and the uncertainty about arrangements for EU citizens living and working in the UK was a significant factor in their reasoning.”

The pro-Brexit Mail Online headlined in April 2016, just two months before the referendum “The EU dentists we can’t check up on: Foreign practitioners are FOUR times more likely to be struck off - but Brussels still bans crucial checks on their competence.”

In an ‘investigation’ the Mail Online wrote “EU dentists working in Britain are nearly four times more likely to be struck off than those who trained in the UK, an investigation has found.”

“Experts say the foreign practitioners are far more dangerous because laws imposed by Brussels prevent them facing crucial checks on their competence or ability to speak English.”

The article failed to identify the ‘experts’ it consulted with.