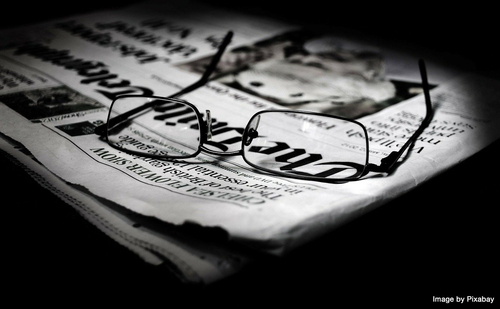 Health Secretary Sajid Javid has ‘formally commenced’ the 2022-2023 pay round with a letter to the Chair of the Review Body on Doctors’ and Dentists’ Renumeration (DDRB).

In a letter to Christopher Pilgrim, released late yesterday, Mr Javid pointed out that it’s ‘vital’ that ‘planned workforce growth’ is affordable and within the NHS budget, which has already been set until 2024 to 2025.

The Health Secretary invited the Chair of the DDRB to “Make recommendations on the pay element of remuneration for dentists employed by, or providing services to, the NHS.”

Mr Javid wrote “The government must balance the need to ensure fair pay for public sector workers while protecting funding for frontline services and ensuring affordability for taxpayers.”

“We must ensure that the affordability of a pay award is taken into consideration to ensure that the NHS is able to recruit, retain and motivate its medical and dental workforce, as well as deliver on other key priorities, including ensuring the NHS has 50,000 more nurses by 2025 and tackling elective recovery.”

Meanwhile, the British Dental Association has thanked Eddisbury Conservative MP Edward Timpson for urging Ministers to focus on the crisis in NHS dentistry.

Mr Timpson recently raised the dental problems faced by residents in Winsford, Cheshire, in the House of Commons.

In a session overseen by Leader of the House Jacob Rees-Mogg, Mr Timpson said “Good dental health is so important, but residents in Winsford in my constituency are finding it extremely difficult to access dentist services, leading, unfortunately, to some serious misdiagnoses, despite my having written to Ministers, to NHS England and to the Care Quality Commission.”

“Will my right honourable friend find Government time to sink the Health Department’s teeth into a debate on NHS dentistry so that we can better understand what is stopping my constituents from being able to access dentistry services when they need them?”

Mr Rees-Mogg answered “We are addressing regional shortages of dentists by working with the NHS to try to ensure that training place numbers are better aligned with the needs of local populations. NHS England and NHS Improvement are developing proposals for dental system reform, working closely with the Department of Health and Social Care and other interested parties.

“I think this is being chewed over. There is some mastication going on, and I hope that we will not all become indentured servants.”

Cheshire’s dental access problems have also been felt on the Isle of Wight, where the dental crisis has been described as the island’s ‘biggest health inequality.’

After concerns were raised that the Isle of Wight’s dental crisis  had been overlooked by NHS England, the Isle of Wight Council’s health and social care scrutiny committee has decided to write to Health Secretary Sajid Javid as a matter of urgency on the ‘serious lack of effective response’ from Government to the Island’s dental problems, the On The Wight news website said.

“Councillor John Nicholson said the committee was ‘particularly perturbed’ that mainland areas had been given assistance, but the Island was being overlocked.”

“Joanna Smith, Healthwatch Isle of Wight manager, said the lack of treatment on the Island was unacceptable in this day and age and that lives were being ruined by the crisis,” On The Wight reported.

North of the border, the British Dental Association Scotland has said new standard operating procedures for Scotland published at the start of the week, will not restore access to pre-COVID levels.

The BDA News website said “With high levels of COVID and other seasonal infections, and now the emergence of the Omicron variant, dentist leaders stress they will also do nothing to avert the potentially catastrophic impact of Scottish Government plans to pull away pandemic support from NHS practices.”

BDA News said “The new model is unveiled on the day the Omicron variant was confirmed to be present in Scotland. Even setting aside any potential spike in COVID infection, large numbers of patients are likely to end up on the respiratory pathway given typical patterns with seasonal flu and the common cold.”

“It is anticipated a number of dentists may opt for a ’safety first’ approach, and use flexibility within new protocols to maintain existing protective measures, particularly given the uncertain effectiveness of triage questions in identifying symptoms of the Omicron variant.”