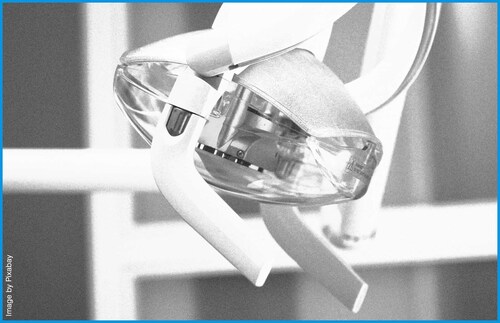 The Office of the Chief Dental Officer for England (OCDO) has now published its latest Transition to recovery Standard operating procedure guidance.

The publication came at the end of 36 hours of confusion for some dental practitioners after the UK Health Security Agency released its COVID-19: infection prevention and control dental appendix earlier in the week.

While many felt that they could immediately proceed with implementing the key changes in the document, others were more cautious after the British Dental Association advised “Until such time as new SOPs are published, please continue to use those currently in place.”

But last night the BDA said that the arrival of the new SOP’s for England’s dentists “Are unlikely to represent a silver bullet for restoring patient access to services.

BDA News said “Dentist leaders anticipate a relatively high proportion of the population may find themselves on the respiratory pathway as the country heads into winter, given traditional patterns with seasonal flu and the common cold, even setting aside any surge in COVID rates.”

“Unlike their colleagues in other UK nations, dentists in England have received no capital funding to invest in ventilation systems that can allow for increased patient volumes while keeping to COVID restrictions,” BDA News said.

BDA Chair Dr Eddie Crouch told the BDA News website "We have long called for a roadmap to ease COVID restrictions. This approach is progress but will not represent a silver bullet for the tens of millions left without access to dental care.

"We cannot realistically expect a return to ’business as usual’ as we head into winter given surging rates of respiratory disease.

"These new guidelines may help increase patient volumes but will barely make a dent into the unprecedented backlogs we now face. Without needed support from government we will continue to struggle to deliver for the patients that need us."

The revision of infection prevention and control guidelines led many on social media  to speculate that the 4th quarter of the financial year would bring a return of 100% targets, while others were unclear on the situation regarding practice in the devolved nations.

The new SOP document was unequivocal on the question of mandatory COVID-19 and the inclusion of all sectors of dentistry.

The SOP document said “The Department of Health and Social Care (DHSC) has formally announced that individuals undertaking Care Quality Commission (CQC) regulated activities in England must be fully vaccinated against COVID-19 to protect patients no later than 1st April 2022, regardless of their employer, including secondary and primary care.”

“This applies to the whole of the dental sector in England (both NHS and private).”

The Government has rejected the inclusion of a clause in the Health and Care Bill which would have ensured that Parliament could monitor progress in improving NHS dental access.

The British Dental Association said that the dental amendment  had all-party support from 37 MPs.

The BDA said it was “One of the most supported of close to 200 amendments put forward for this debate.”

The BDA had proposed the inclusion of Clause 18 in the Bill for consideration by MP’s.

Clause 18 would have called for the Secretary of State for Health to provide annual progress reports on the progress of Government action taken to improve access to NHS dentistry.

Peter Aldous, Conservative MP for Waveney said “Access to NHS dentistry is a problem that has been brewing for a long time and has been exacerbated by COVID. There are now parts of the country, particularly in rural and coastal areas, that have dental deserts.”

“It is invariably children from poorer backgrounds and vulnerable adults who suffer the most. The crisis is acute in Suffolk and Norfolk, but is not confined to East Anglia. Sir Robert Francis, who chairs Healthwatch England, commented “Every part of the country is facing a dental care crisis, with NHS dentistry at risk of vanishing into the void,” Mr Aldous told the house.

“There are five issues that need to be tackled to address the problem. The Bill can provide the framework to ensure that that happens without delay or prevarication. First, funding must be increased. Secondly, it is vital for the new NHS dental contract, which has been being developed for more than a decade, to be rolled out next April,” Mr Aldous said.

“There are rumours that it will be kicked into the long grass, and I should be grateful for confirmation that that will not happen.

“Thirdly, we need to step up the recruitment and retention of dental professionals. Fourthly, it is important to highlight the role that water fluoridation can play in improving the oral health of future generations, and in that context clauses 132 and 133 are to be welcomed. Finally, there is a need for greater accountability, and for dentistry to have a voice on integrated care boards and partnerships.”

“People are currently pulling out their own teeth, while children are having whole-mouth replacements and early signs of cancer are going undetected.”

“We need to act now to put in place an NHS dentistry system that is fit for the 21st century, instead of reversing into the 19th.”

Mr Aldous called for the Government to come up with a clear plan for addressing a crisis that is affecting people through the country after Health Minister Edward Argar told The House ‘While we cannot accept that new clause as drafted today, I or the Minister for Dentistry will meet my hon. Friend, if that is helpful, to discuss in more detail the concerns sitting behind his intervention.”

Bootle Labour MP Peter Dowd said “Dentistry is a vital component in people’s health. It is not just about teeth; it is about overall health.”

“It can be the first port of call for many people whose symptoms may appear to be related to their teeth but may in fact be symptomatic of another disease, such as oral cancer. So let us make sure that dentistry gets the recognition it deserves.”

“Let the Secretary of State report on access to NHS dentistry and give it a seat at the table on integrated care boards and partnerships, along with other health professionals.”

“In conclusion, these proposals are about a comprehensive national care strategy that will help both patients and the NHS, and giving dentistry the attention that it deserves. Those are the areas we need to focus our attention on.”

“They need a bit of tender loving care.”

The BDA News website said “Other MPs echoed their comments. Conservative Bob Seely MP stressed the need for action to improve dental provision and Labour MP Tan Dhesi said that “after a decade of failure and misguided policies, the Government must take urgent remedial action” in this area. Shadow Health Minister Alex Norris MP criticised the Bill for offering “no answers” to access issues in dentistry.”