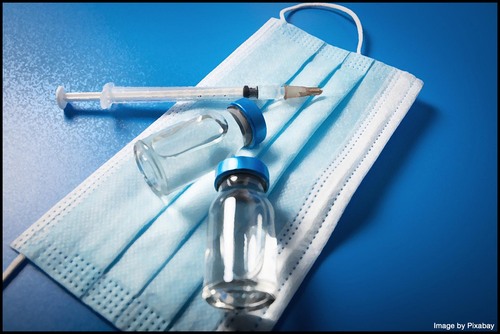 Uncertainty surrounding the likely uptake of the COVID-19 vaccination by dental staff is leaving practice owners anxious  at the  possibility of staff shortages.

With many anecdotal stories of staff and dentists in NHS practices choosing to refuse mandatory vaccines announced by Health Secretary Sajid Javid earlier this month, there is growing concern that many practices will be unable to achieve contract targets when the mandatory vaccinations are required next April.

Dr Ian Gordon, a GDP and Dental Director of Riverdale Healthcare told iNews “A lot of nursing staff have really lost a lot of goodwill for the job.”

“They’ve been working under horrible conditions, in enhanced PPE for 20 months and they’re thinking  ‘I can go and work in Lidl on their new, enhanced living wage and I won’t have to have a vaccine if I don’t want, and I won’t have to wear full masks and plastic gowns.’”

“They will walk and when they walk, I don’t think we’ll easily get them back,” Dr Gordon said.

iNews said that Riverdale Healthcare offers both NHS and private treatment at 35 practices. In North Yorkshire and the Northeast. The website said of the company’s 600 employees, 7% are unvaccinated, “The majority of whom are nurses,” iNews reported.

She has refused to have the COVID vaccination.

She did not want her name or location disclosed, but said she had refused the vaccination as it is “Too early to know about how safe it is.  After a few years there should be sufficient data.”

The former science teacher said she didn’t “buy” that the vaccination reduced the risk of being severely ill with COVID after finding that “Many people from work who had the full course of vaccines (not including the booster) were still ill with COVID.”

She added “Whoever wants to be jabbed can do it, whoever doesn’t want to, shouldn’t be forced into it.”

“I don’t want to live in a dictatorship. Everyone should be left to make their own choice,” she told GDPUK.

The iNews report echoed the dental nurse’s view. The news website said  “One dentist, who qualified seven years ago but asked for her name to be withheld, would hate to lose her job over the vaccine mandate but is not ready to accept the Covid-19 jabs yet.”

“I’m not saying never,” said the 30-year-old who works in the West Midlands.

“For me… it’s not been out that long, there’s not a lot of long-term research about it.” She said she is not an “anti-vaxxer” and that there are benefits to vaccines.

“I just feel there’s a lot of societal pressure which is why I feel so anxious about it.

“I hate the fact that I feel like there’s no freedom of choice, and body autonomy comes to mind… I don’t want to have it for pressure reasons, I want it to come from the heart,” iNews reported.

iNews said “The loss of even just a small proportion of staff who refuse to be jabbed against Covid-19 could be calamitous for the sector, already overstretched and struggling to recover from the pandemic, leading figures suggested.”

Dr Shawn Charlwood, chair of the British Dental Association’s General Dental Practice Committee told iNews “Even before Covid, there were not enough dentists – they could only deliver NHS services to half of the population.”

“If this was general practice, there would be uproar”

“Even modest numbers of dental teams that can’t work would have a dramatic effect [on patient access].”

“Without accurate current vaccination rates amongst dental teams, it is difficult to predict the scale of the impact in April 2022 on dental access. That data needs to be gathered urgently in order to assess and plan for any potential negative impact on patient access to dental care next April.”

iNews said “Another consequence of the mandate could be that dentists who remain in the sector become increasingly overworked and decide to shun NHS services for private care.”

Dr Charlwood told reporter Serina Sandhu “NHS dentistry has a problem with recruiting. The NHS contract is not attractive because of the way dentists have to work. There is also a problem with retainment, with dentists moving away from the NHS. Private care is more modern and clinically satisfying.”

“Covid has had a devastating impact on patients, dentists and their teams. More than thirty million dental appointments have been lost since the first lockdown.”  He added that the vaccine mandate “Is possibly detrimental to patient access.”

“Mouth cancers are presenting later due to, in part, missed appointments. The knock-on impact [of the vaccine mandate] is that patients present at A&E or general practice. It’s pushing the problem to another part of the NHS that’s not as well suited to deal with it.”

Dr Charlwood said “workers who leave the sector after refusing to be vaccinated will reduce dentists’ capacity to see patients.”

“It might mean that appointments are cancelled, it might mean people in pain and urgent need aren’t able to see a dentist. And it’s certainly not going to help increase access so that people don’t have to make such long journeys.”

Meanwhile, BDA News has said that no decision has been made on compulsory vaccination of dental staff in Northern Ireland.

BDA News has said that Health Minister Robin Swann has announced plans for a public consultation  on a mandatory COVID-19 and flu vaccination for new staff, both new recruits and people moving posts.

“Minister Swann has said that introducing such a measure would be a significant development that should only be undertaken after careful consideration: "[It] could be counter-productive – potentially destabilising an already fragile workforce." However, he also noted his "great sympathy for those who only want their loved ones to be cared for by fully vaccinated staff," BDA News reported.

The news website said “All options currently remain under consideration. The Minister has said he "will closely monitor the situation in England – including the impact of mandatory vaccination on staffing in its social care sector."