Discrimination – Inequality Between NHS Staff Groups Is ‘Persisting Or Getting Worse’ – Is There A Problem In Dentistry? 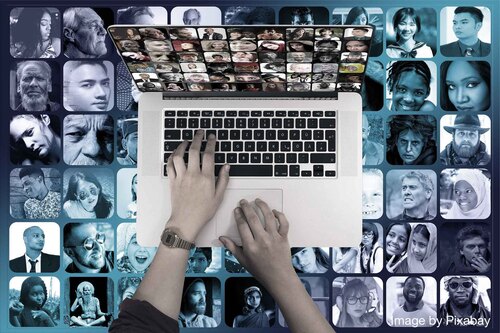 A new report has said that “Discrimination and other forms of unfair treatment are evident within the NHS – at every stage of the career pipeline – despite efforts to identify and eradicate them.”

The publication of ‘Attracting, supporting and retaining a diverse NHS workforce’, a new Nuffield Trust report commissioned by NHS Employers, has coincided with the outrage surrounding the story of cricketer Azeem Rafiq, who has told MPs that he felt "Isolated, humiliated at times" due to the bombardment of racism he suffered during his time at Yorkshire County Cricket Club.

“Despite considerable effort and countless initiatives, inequality between NHS staff groups is persisting or even getting worse – and the health service does not have the tools to address this,” the Nuffield Trust has said.

In June, England Chief Dental Officer Dr Sara Hurley told delegates at the Local Dental Committee National Conference that  the dental profession isn’t “As inclusive as we may wish to believe.”

Giving her CDO update at the start of the conference, Dr Hurley said that the Black Lives Matter movement had “Exposed racism across all societies.”

Dr Hurley said “The profession absolutely galvanised behind the Diversity in Dentistry Action Group (DDAG), truly demonstrating that we’re not afraid to hold the mirror up to ourselves.”

The CDO said the DDAG report exposed some “Uncomfortable truths,” adding that the publication of the group’s report “Isn’t job done. There’s more to do and action to take.”

The new Nuffield Trust report says “There are large disparities between trusts, with 36 where White staff are at least twice as likely to be appointed from a shortlist than someone who is Black or from an ethnic minority background, but another 32 where the likelihood was the same.”

The Nuffield Trust says its report, based on interviews with NHS trusts, a review of literature and data analysis, “Points to a failure to recognise how many different specific groups can be subject to exclusion.”

In her opening remarks in the DDAG report, Chair Dr Nishma Sharma said “Racism has no place in our society. End of.”

“The dental profession must be part of the change we all need, to step up and stamp out prejudice, and to build diverse and supportive cultures of respect and fairness for all.”

“Whilst it has been good to listen, to empathise, to start to understand how it feels to walk in others’ shoes, never did I think that the profession we belong to, invest in, have faith in would not welcome others the way I have always felt welcomed,” Dr Sharma said.

The Nuffield Trust report can be accessed here.

Neel Kothari 6 months 8 days
I feel proud that dentistry has people from all backgrounds. I find it weird when people jump on the bandwagon to insinuate dentistry is somehow inherently discriminatory.

Yes there may be a problem with Yorkshire cricket (I really don’t know the details) but that’s not a reason for to jump on the bandwagon.

The DDAG seem to be keen on equalising outcomes yet don’t quite realise that equality of outcomes is very differing from equality of opportunity. Perhaps it would be good if they could clarify their position on this? They seem to think that you can have both despite the fact that they are opposites.