Quality Not Quantity – The GDC’s Proposals For CPD 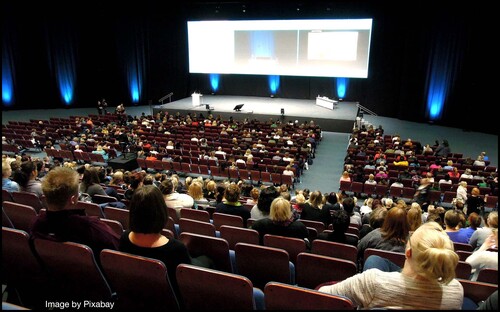 The General Dental Council has published its delayed response to its consultation on proposals for changes to Continuing Professional Development requirements.

The regulator has said the new proposals would have a focus on ‘quality’ – differing from “The current system which is focused primarily on quantity.”

Announcing the publication on its website, the GDC said 117 organisations and individuals responded to its discussion document, although the regulator’s own response to the consultation was delayed by the pandemic.

The GDC said “Overall, there was strong support for the GDC’s proposed direction for lifelong learning, particularly the move towards a professionally owned, self-directed model.”

“However, there were some concerns raised about the practicalities of the proposed model, such as associated costs, access to certain activities, and how compliance would be achieved.”

The GDC’s compulsory CPD scheme was first introduced in January 2002 to encourage dentists to update and develop their skills and knowledge for the benefit of patients and the profession.

The regulator introduced the Enhanced CPD Scheme in January 2018 for dentists, and in August of the same year, for dental care professionals (DCPs).

The GDC said many of the respondents to the discussion document called for a ‘comprehensive evaluation’ of the current CPD scheme.

The regulator said “This evaluation, alongside the feedback received to the discussion document, will form the basis for our proposals for revisions to how the expectations for lifelong learning are reflected by the GDC within a future scheme.”

The proposals for the new CPD scheme would be based on a “Portfolio model for lifelong learning, which would have a focus on quality and would be different from the current system which is focused primarily on quantity.”

The response document, delayed by the pandemic, said “There was a divided opinion about the possible impact of removal of the minimum hourly requirements, if such a change were to be adopted in a future system.”

“Some respondents said that removing the requirements could make the system more flexible, meaningful, and better tailored to their needs and field of practice whilst reducing the appeal of lower quality CPD.”

It went on to say “However, others commented that retaining the minimum hourly requirement was important to ensure that professionals carried out a certain amount of learning.”

One startling note said “A significant number of respondents raised concerns that a system with more freedom and flexibility might mean that some professionals will inevitably “cheat the system” or only do the bare minimum.”

The GDC said in the response document that opinion had been divided on the potential impact if recommended topics were removed from requirements.

The regulator said that stakeholders and individuals had suggested that a range of organisations had a role to play in influencing CPD choices and “Should not be solely within the GDC’s domain.”

“Incentives such as time off, free CPD, or a discounted ARF were common responses for how to motivate professionals to adopt positive but non-compulsory changes into their practice.”

“Some stakeholders, however, commented that a cultural shift was needed to change attitudes amongst professionals so that their CPD is appropriately tailored to their field of practice.”

“Additionally, some suggested that having a system which was easy to use, based online and reduced the burden of paperwork for professionals, would help professionals to adopt a portfolio model,” the document said.