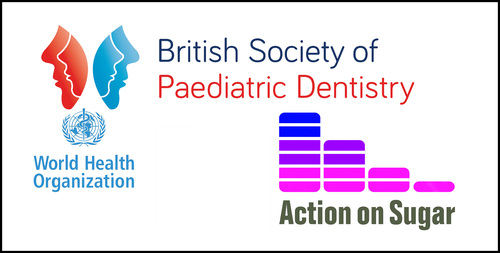 The World Health Organisation has added fluoride-containing preparations to its essential medicines list for children.

The British Society of Paediatric Dentistry (BSPD) has welcomed the new development, saying the move “Reflects the recognition of oral health as an important aspect of children’s overall health and wellbeing.”

A report by the 23rd WHO expert committee into the ‘Selection and Use of Essential Medicines’ highlighted the burden of oral diseases, particularly untreated dental caries, which it said “Represents a significant public health problem globally.”

The WHO recommendation means that fluoride toothpaste will be included as a ‘specifically defined formulation of fluoride.’

The pastes, creams or gels to be included on the list will contain between 1000 and 1500 ppm fluoride of any type, “Because of its proven effectiveness in preventing dental caries and for better control of quality of fluoride content.”

BSPD President, Professor Sondos Albadri said “We are pleased to note the inclusion of fluoride containing dental preparations in the WHO essential medicines list. As paediatric dentists, we have all seen the benefits of these management options. This recognition and inclusion now by WHO, will hopefully encourage their implementation to improve the oral health of disadvantaged and vulnerable children worldwide."

The news from WHO preceded the publication of a report by the Action on Sugar (AOS) campaign which said that foods aimed at young children are often marketed  with deceptive labels and would have ‘red sugar ratings if manufacturers were forced to show nutritional information on the front of packaging, according to The Telegraph.

The AOS report also said that fruit bars and biscuits “designed for babies and toddlers can contain as much as two teaspoons of sugar despite featuring “healthy sounding” claims on its packaging such as “no added sugar,” The Telegraph said.

In her forward  to the report, Director of  Action on Sugar Katharine Jenner said “Baby and toddler foods are often high in free sugars, leading to tooth decay, which is very painful, and setting the child up for a taste for sweet foods which could easily track through life.”

“They’re often coupled with health messages that put the parents mind at rest, distracting them from seeing the high hidden sugars content.”

Horrifying insight into the high amounts of free sugars in baby and toddler snacks and great work by @actiononsugar in #SugarAwarenessWeek https://t.co/ivfqiLoobT

“Surprisingly, sugars from processed fruits are often added despite them still contributing to free sugars and have the same effect as any other added sugars. The result is that parents think the product is a low-sugar, safe and nutritious choice, without realising they are a sugary snack.”

“Dr Kawther Hashem, the head of campaigns at Action on Sugar and research fellow at Queen Mary University of London, said “It’s ludicrous that certain food companies are being allowed to promote high sugar snacks to parents with very young children,” The Telegraph reported.

“Babies can have a preference for sweet foods due to milk being ever so slightly sweet, but liking sugary foods is something they only learn by eating sugary foods. Some companies choose to encourage this preference further by providing lots of very sweet products from an early age.”

The full AOS report can be found here.

This week the National Association of Specialist Dental Accountants (NASDAL) has announced the launch of its 2022 Dental Check by One Practice of the Year award.

The award seeks to recognise a practice that has successfully introduced the British Society of Paediatric Dentistry’s ‘Dental Check by One’ campaign into their practice.

The aim of the BSPD campaign is to increase the number of children who access dental care aged up to two-years-of-age.

NASDAL said “Established in 2018, the award seeks to highlight excellence in the provision of oral care and prevention in children and showcase the opportunity to achieve a real business improvement.  Particular credit is given to applications from dental practices with evidence supporting their contribution to the overall health of their community. The award will be presented by CDO England, Sara Hurley, at the BDIA Dental Showcase in Docklands ExCeL on 25th March 2022.”

Nick Ledingham, Chairman of NASDAL, said “We look forward to hearing how the entrants have reached out to their communities and engaged with families. Following the Covid pandemic, we feel sure that there will be even more inspiring stories.”

“We know that doing the right thing makes good business sense and this award recognises those practices whose efforts and imagination have Inspired more parents to bring their baby or toddler in for a Dental Check by One.”

Professor Claire Stevens CBE, spokesperson for BSPD, said “The last 18 months have been tough for dental practices but as dentistry builds back following the enforced pause, providing access for children and young people will be top of the agenda. Dental Check by One is a recognised priority area for NHS England and NHS Improvement (NHS EI) and it is time to refocus our efforts.”

Coinciding with the launch of the NASDAL award, BSPD is saying farewell to one of the strategic designers of the Dental Check by One award.

Caroline Holland, the BSPD’s long-standing PR consultant is leaving the role after  “Promoting the mission and purpose of the Society - over the last seven years.”

A BSPD spokesperson said “Caroline’s vision has meant that over this period the Society is now seen as the go-to authority voice on matters of paediatric dentistry.”

“With a raised profile and awareness, BSPD now sees itself called upon by media to give an informed opinion on behalf of the UK’s leading paediatric clinical and research professionals.”

“She has overseen a new consistency to oral healthcare messaging and a greater awareness amongst both the dental profession, and the general public of the latest developments in children’s oral health and the Society’s recommended preventative approach.”

“This new era of collaboration during which Caroline has been a leading force along with BSPD’s spokesperson, Professor Stevens and the Society’s Presidents has also enabled the BSPD to take a significant role in influencing policy - engaging with special interest groups and political decision makers.”

“The result is that today, BSPD is now in a strong position to campaign for and implement improvements in children’s oral health in the UK.”

Professor  Stevens said “We are very sad to say goodbye to Caroline and wish her well. As I reflect back over the last seven years, I believe her key achievements are the support she gave to developing BSPD’s mission to improve the oral health of children and young people and the development of the Society’s position statements on key issues.”

“Caroline strove to focus on highlighting the wide-ranging knowledge and skills that a paediatric dentist must have in order to treat children, who present with the most complex challenges.”

“She recognised, and was keen to promote, the restorative skills needed to treat young people who have suffered trauma. She understood both the restorative and orthodontic skills required to treat children who have a complex genetic condition – and their specialist skills in periodontology, or oral surgery.”

“She promoted paediatric dentistry specialists’ ability to work in a multi-disciplinary team. She appreciated the dedication needed by these experts who specialise in managing children and young people, as well as their parents, with kindness and respect.”

Professor Stevens added “She has also facilitated a new structure to engage our Society’s 13 regional branches – and achieved excellent media coverage for our annual conferences.”

“Another of Caroline’s stand-out achievements was being instrumental in the strategic design of BSPD’s launch of Dental Check By One (DCby1) which is one of the Society’s great successes in recent years. Caroline managed to get the message out to the wider public through achieving press coverage on TV and in national press.”

“We know that taking your baby to the dentist when their teeth first come through or by the age of one at the latest gets them off to a healthy start. It is this insight that drove the Society’s flagship Dental Check By One campaign - which is now established as national guidance in the UK.”

Professor Stevens said “I am proud to say that Caroline gave BSPD the confidence to be ambitious. Her passion for the wellbeing of children and the role that good oral healthcare plays within that have been her enduring focus and we at the Society have undoubtably benefited from her drive and determination – as she leaves BSPD’s reputation at an elevated level.”

Professor Stevens concluded “BSPD is immensely proud of DCby1 – and the work that Caroline did to support its launch.”