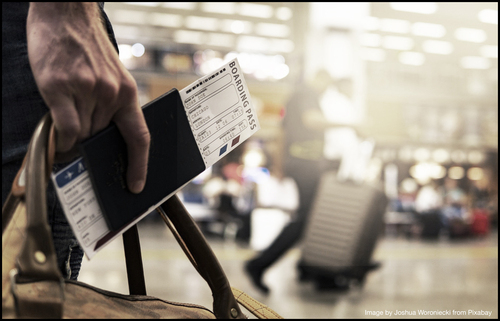 The dangers of cut-price dentistry have finally been brought to the attention of the UK general public after an  investigation by a national news outlet.

The Mail on Sunday headlined “Disfigured and left in agony by budget dental treatments bought on the internet: How thousands tempted by cut-price veneers, braces and whiteners or procedures abroad now have irreversible damage.”

Journalist Justin Stoneman said that “Crumbling, loose teeth. Ulcerated tongues and ragged, bleeding gums, as well as constant throbbing pain and patients left with tooth loss or needing multiple root-canal treatments” were  some of the “Gruesome repercussions of DIY cosmetic dentistry – cut-price treatments advertised on social media that promise a perfect smile while delivering anything but.”

UK dental professionals have been concerned for some time about the growing availability of online ‘direct-to-consumer’ orthodontics and unsafe teeth whitening kits and services offered by unregistered and unqualified ‘whitening’ practitioners, such as beauty therapists and hairdressers.

The Mail on Sunday (MOS) also highlighted the dangers that can sometimes be encountered by patients seeking cut-price treatment outside the UK – often referred to as ‘dental tourism.’

Only last week, GDPUK reported that the British Orthodontic Society (BOS) had joined forces with dental organisations in Europe, to issue a Joint Declaration regarding the unacceptable and potentially unsafe remote treatment of malocclusions.

The MOS’s latest story said “Of course there are happy customers, but there are plenty of disastrous result.”

The Mail reported visiting a clinic run by Dr Hussein Dalghous and Dr Hassan Dalghous in Yorkshire. The Mail said the dentists  “Have pledged to launch a string of affordable dental clinics for victims of botched online dentistry.”

The Mail journalist said one patient seen at the clinic had been ‘transformed’ after she had been left with bleeding blisters and problems eating after purchasing ‘DIY braces’ for £1,600 which had been purchased online.

The patient complained that ‘moulds’ that were sent by the online company didn’t fit and jagged edges of the aligners “sliced through her gum tissue.”

The patient told the Mail “When I complained, they (the company) sent me a nail file. I couldn’t believe it! I couldn’t speak when I wore them, they were so uncomfortable.”

“Over three months, Hussein has treated the gum disease and fitted professional aligners. The final step is a wire fitted along the back. ’A lot of patients need a supportive wire to keep the teeth in place long-term – that’s another thing you won’t get online,’” the Mail said.

The newspaper also reported seeing patients who had experienced blistering and sensitivity following the use of whitening products bought online, including hydrogen peroxide and ‘whitening strips.’

The MOS said it also saw another patient who experienced ‘considerable damage’ – inflammation and gingivitis, necessitating ‘deep cleaning’ as a result of wearing clip-on veneers, purchased online for £500.

Another patient told The Mail about his ‘living torture’ after experiencing ‘botched procedures’ carried out abroad.

The patient said he had been cajoled by a friend into visiting an entire set of crowns for £3,700, promoted online and on social media.

The Mail reported that the patient had been left with a “Misaligned jaw and constant pain.”

“I don’t know how I was so foolish. My teeth were really OK anyway, they just made it seem like I was in the right place at the right time,’ he told The Mail.

The newspaper reported that although the crowns had been replaced, the patient would need several teeth removed and three root-canal treatments. The  two dentists at the Yorkshire Dental Suite were said to be charging just £1,000 to carry out the remedial work.

In March of this year, GDPUK reported that Turkey’s dental tourism industry attracted 100,000 foreigners in 2020.

One General Dental Practitioner with a special interest and MSc in endodontics told GDPUK yesterday “I saw someone who had almost every tooth crowned, in Turkey.

"They thought they were having veneers and didn’t know they were crowns."

"This poor guy had the UL7 opened and I root-treated it at the  request of the GDP that was picking up the pieces.”

“He only had occlusion on his left hand canines and was in pain from this."

“A few teeth showed signs of pulpitis. Every single one of the 23 crowns had significant faults in the occlusion and open margins. He’d only had them fitted a few weeks before,” the GDP said.

In 2011, Medical and Dental Defence Union of Scotland (MDDUS) dental adviser Claire Renton wrote “If problems arise from treatment abroad, the dentist in this country is not responsible but may feel an ethical obligation towards helping the patient.

“Dentists can offer advice and any remedial treatment as well as the costs to fix the problem. If they do then treat the patient, then the UK dentist would only be responsible for the advice and care they provide. The treatment obtained abroad does not then become the responsibility of the UK dentist.”

“Any claim for a refund for inadequate treatment must be directed to the overseas dentist who provided it and is not an issue for the UK-based dentist to get involved in.”