Is Scotland’s Potentially Disastrous Action, A Template For England? 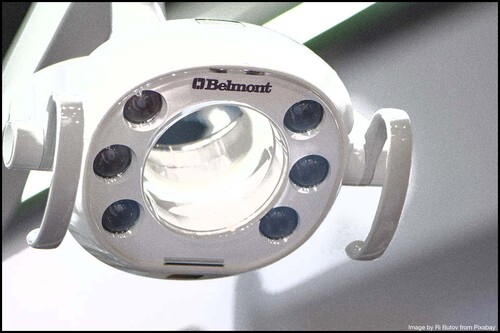 The British Dental Association Scotland has said that delivering high volumes of care is ‘Simply unsustainable’ after Scotland’s  Cabinet Secretary for Health, Humza Yousaf, sent a devastating letter to dentists, announcing that all the emergency support provided during the pandemic is to be withdrawn on April 1st next year.

But alarm bells appeared to sound ominously  for NHS dentistry in England yesterday, when Labour MP Judith Cummins asked Leader of the House of Commons Jacob Rees-Mogg “Can we have a debate in Government time on funding and access to NHS dentistry?”

Mr Rees-Mogg said “There is a very considerable catch-up plan for the NHS, including £5.4 billion over the next six months, but at the height of the pandemic, the very immediate contact that patients have with a dentist was thought to be a particularly high risk.”

“However, I know that dentists are now very much back to work; indeed, I have visited dentists in my constituency who are extremely busy working through the backlog. We should be grateful to them for the work that they are doing, but the resources are being provided to help with it.”

The Scotsman newspaper headlined a “Third of NHS dentists may leave profession in next year without policy change” after a recent BDA survey showed that 38% of  Scotland’s NHS dentists are considering changing career or seeking early retirement in the next 12 months.

BDA News said the survey revealed that 80% of respondents said they were likely to reduce their NHS commitment should the Scottish Government plans go ahead.

Alarmingly, one in ten respondents estimated “Their practice is likely to cease operations if emergency support is taken away,” BDA News said.

The website also revealed that 15% of NHS dentists in Scotland  say they are “Likely to move to practising outside of Scotland.”

Dr David McColl, chair of the BDA’s Scottish Dental Practice Committee told The Scotsman  “The Scottish Government seems set to pull the rug out from under every dedicated NHS dentist.”

“If ministers had an objective to decimate NHS dentistry, this approach would offer a great starting point.”

"To signal the return of a ‘business as usual’ model when the country is still in the grip of a pandemic is utterly reckless. The net result will be to push colleagues out of the NHS and to leave this profession altogether.”

“Ministers put NHS dentistry front and centre in their pitch for government. To deliver on their promises we need real commitment to find a new and better way for delivering for the patients that need us.”

Only two days before Mr Yousaf sent his letter to NHS dentists, BBC News reported that the BDA had “Urged the Scottish government not to end emergency funding for the sector.”

“We doubt Humza Yousaf wants to be remembered as the man who killed NHS dentistry in Scotland” he told the BDA News website.

“Without a willingness to reflect on choices made in recent weeks that risks being his legacy.”

After his remarks in the Chamber, Mr McArthur told the Scottish Liberal Democrats website "A decade ago, waiting lists even to register with a dental practice in Orkney were one of the biggest local health concerns.”

“Considerable effort went into tackling those problems, including an increase in places at dental schools and targeted support to help rural and island practices recruit staff.  Those efforts were successful.”

"Now the Health Secretary risks undermining that progress, while at the same time pulling the rug out from under NHS dental services across Scotland.

"I have been contacted by local dentists in Orkney who echo BDA Scotland’s dire warnings and urging the Scottish Government to think again.”

"Given the potential consequences, they are right to sound the alarm.  At this rate, many people in Orkney and across the country with be faced with the option of going private or going without.”

“Humza Yousaf must rethink his approach.  He must also question how much confidence he now has in his Chief Dental Officer, who has allowed negotiations with the dental sector to reach this dangerous impasse."

In the Scottish Parliament earlier this week, Labour MSP Colin Smyth told the Health Secretary “I am receiving an increasing number of complaints from constituents that they cannot receive a certain treatment on the NHS without an unbearable wait and that they are being told that they can get the same treatment with no wait—often from the same dentist—if they go private.”

Mr Smyth asked Mr Yousaf “Does the cabinet secretary accept that that two-tier system will get worse if the Government ends emergency funding for the sector, because the need to maximise private treatment income will increase further?”

The SNP Health Secretary replied “I find the situation that Colin Smyth outlined to be unacceptable, as I think we all do.”

“If somebody goes to see a dentist and is told that they will have to wait for weeks or months unless they move on to a private plan, which will mean that they can see a dentist the next day, that is unacceptable. I would raise such a situation with representatives of the dental sector.”

We have recently announced some additional funding for the dental sector. I know that the British Dental Association did not necessarily agree that this is the right way round, but I certainly believe that we need to tackle the backlog before we can get into issues to do with the long-term reform and overhaul of the dental sector, including the dental fee structure.

We may have to do all of that, and we will consult the BDA and others, but it is necessary to respond to the current backlog that the member’s constituents and mine are all facing.

“We will continue to provide investment and funding in order to clear those backlogs as quickly as possible.”

Image by Ri Butov from Pixabay