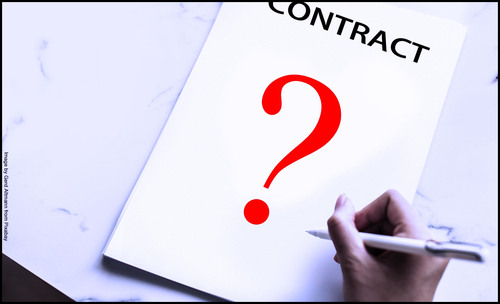 The much-anticipated reform of the NHS dental contract is unlikely to be introduced for some considerable time, following a letter sent yesterday to participating prototype practices.

Early yesterday, GDPUK saw a draft of the letter written by Alette Addison, the Deputy Director of Pharmacy, Dentistry and Eye Care. The letter was undated.

But late yesterday, the British Dental Association confirmed that the letter had been sent to prototype practices and  that the prototype regulations will not be extended beyond April 2022 “And that all practices will return to underlying GDS or PDS contractual arrangements from that date.”

BDA Chief Executive Martin Woodrow wrote on the BDA website “The DHSC has indicated that, whilst important lessons have been learnt via the prototype process, the evaluation of the scheme has meant that it is not possible to roll out the approach more widely, with that evaluation notably suggesting a fall in the number of patients accessing care. The DHSC will publish the evaluation of the prototype programme later this year, describing the benefits and positive findings from the programme.”

“A reversion to standard contractual arrangements is likely to cause considerable distress for many prototype practices as they have adapted their business models and approach to providing patient care across the past decade. We are arguing for wider contractual change in NHS dentistry in England, but whatever the underlying arrangements come April 2022, the transition is likely to be hugely challenging for practices.”

“We will be making this point forcefully to NHS England and the DHSC and doing what we can to make sure that prototype practices are supported adequately through this process.”

NHS England didn’t respond yesterday to a request from GDPUK for more information as whether the cessation of the prototype study is temporary or had been completely abandoned.

Ms Addison’s letter read “As a result of the expiration of The National Health Service (Dental Services) (Prototype Agreements) 2015 regulations, all prototype practices currently within the programme will be returned to their underlying GDS or PDS contracts in April 2022.”

“As you are already aware, there were more concerning findings following consideration of the six aims for national contract reform to be viable as outlined in the letter to all NHS primary care dental contract holders dated 29th March 2021.”

“These include a fall in the numbers of patients able to access care, which mean that it is not possible to roll out the prototype approach more widely as we continue to recover from the impact of COVID-19 on dental services.”

It wasn’t clear what the ‘more concerning’ findings were, in the March letter referred to. That letter was signed by Under Secretary of State for Primary Care Jo Churchill, England Chief Dental Officer Sara Hurley and Executive Director of Primary Care, Ian Dodge.

The March letter said “Current IPC arrangements will continue to act as a brake on full recovery”  It also accepted that “The profession seeks faster progress on reform of the current UDA contract.”

The Department of Health and Social Care (DHSC) letter also said “DHSC commits to publishing this summer the results and lessons learnt from the dental contract reform prototypes, including the design and implementation challenges that prevent wider rollout beyond the current participating practices, in its current form.”

The DHSC did not published recent results from the contract reform prototypes during the summer.

Ms Addison said that prototype dentists would be invited to join a meeting on  November 1st, “Where we will give you early sight of the evaluation findings and explore how the key learnings from the programme will support the ongoing system reform work, which is now being led by NHS England and Improvement.”

The DHSC said that “For national contract reform to be viable, six aims need all apply.”

The contract aims listed said that contract changes must be designed with the support of the profession and should improve oral health outcomes. Other aims were the establishment of a means to increase incentives to undertake preventive dentistry and improve access to NHS care.

Another requirement was the demonstration that patients are not having to pay privately for dental care previously commissioned as NHS dental care.

The sixth aim and perhaps the most significant, was that a new contract should “Be affordable within NHS resources made available by Government, including taking account of dental charge income.”

In 2018, the DHSC announced that more NHS dental practices would be joining the scheme following successful results from a pilot that had been testing the new approach, which incentivised dentists to offer full oral health assessments and self-care plans, in addition to  traditional treatments.

In 2018, England CDO Sarah Hurley said “The announcement of up to 50 more prototype practices is an important step in developing the NHS dental service. I welcome it and hope that further refinement and testing with the profession will lead us to a model that enables dentists and their teams to play their full part in the delivery of integrated care and further improvement of oral and general health,” the BDJ article said.

“Health Minister Steve Brine said ’The government has made great progress in improving the oral health of patients and tooth decay among children continues to decrease – but there is more we can do.’”

“Our new proposed NHS dental contract focuses on prevention and quality of care and will be thoroughly tested to ensure it is financially sustainable for the NHS, patients and dentists.”

But in 2018, the BDA said that “A quarter of the current hand-picked prototype practices had been unable to hit the access and activity targets, with the average practice reporting the need to work up to ten extra hours a month to deliver on their new contract.”

The DHSC said the aim of the now defunct  programme was to encourage patients to take responsibility for their oral health with the support of the practice team, reduce the amount of necessary remedial dental work and to prevent future dental disease

The programme was said to introduce a clinical pathway that provided patients with oral health assessments, helping to identify any future risk of disease, self-care plans and preventative advice.

Some participants in the prototype scheme appeared to be satisfied with their experiences.

Dr Bhavin Patel an associate at Woodford Dental Care told the DHSC website said he experienced “Much reduced stress and anxiety with no pressures of targets and time to spend with patients being satisfied that you’ve covered all your duties of care.”

Although he experienced some problems with the prototype, Dr Simon Flaherty, principle at Alverna House Dental Practice, said “Overall my conclusion is very positive and as it has an emphasis on access and on improving the dental health of the population, I hope this contract will be considered carefully by commissioners.”

It’s now not clear when or how contract reform in the NHS General Dental Service will progress, but after yesterday’s revelation it will certainly be delayed.

Dental commentator Michael Watson said “If prototypes are reverting to UDAs in April, then everyone stays on UDAs and no new contract.”

“The only way for dentists to survive will be to convert to private practice.”

“To maintain some vestige of a general dental service, DH/NHS England will need to adopt a more modest system to treat those who really need treatment but can’t or won’t afford it. Call it a core service if you like.”

In June, Dr Shawn Charlwood, Chair of the BDA General Dental Practice Committee told the Local Dental Committee national conference that NHS contract reform “Needs to be in place for April next year.”

“I know that’s ambitious, but time is running out.

Dr Charlwood warned “The decade of delay and repeatedly kicking of the can down the road needs to stop.”