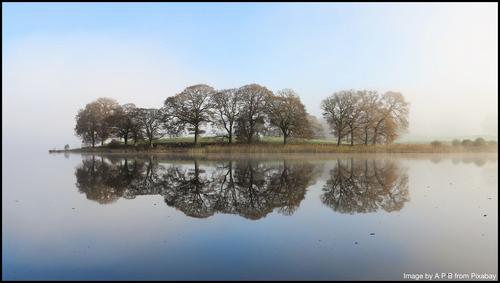 The widely reported story of an unnamed Suffolk woman who extracted six of her own teeth because she couldn’t access NHS dentistry has been followed by numerous fresh tales of access problems in the UK.

BBC News highlighted the current dental access crisis in the county after the campaign group Toothless in Suffolk said patients were in ‘distress’ after some surgeries stopped NHS care.

The group claims 5,000 have signed its petition calling for improved access to NHS dentistry.

Mark Jones, speaking on behalf of the campaign’s Facebook group told BBC News that the woman who has not been named, had extracted six of her own teeth as she could not find a dentist accepting NHS patients.

“Mr Jones and other campaigners, Steve Marsling and NHS dentist Dr Helen Duncan, met with commissioners of NHS England and NHS Improvement for the East of England to discuss the issue on Monday,” the BBC News website said.

Dr Duncan said "I have devoted my professional life to dentistry and watched the system decline in recent years.”

"Only the NHS can put dentistry back on track and end the widespread suffering."

But a spokesperson for the Department of Health and Social Care said "Dental practices have been able to deliver their full range of face-to-face care since last June.”

"There are hundreds of practices in East Anglia which are open and offering face to face services and over 700 practices across the country providing additional emergency dental treatment."

How did we end up here?

The Toothless in Suffolk group is planning a march and rally in Bury St Edmunds later this month.

Meanwhile, in Cumberland, the News and Star reported that some patients in Carlisle have been having to travel to Scotland in order to get ‘essential’ dental treatment.

Following the closure of a practice in Cleator Moor in Western Cumbria in 2016 which has caused ongoing problems, patients are reportedly travelling to neighbouring Whitehaven, for treatment.

The news site said “The pandemic has exacerbated the issues surrounding dental treatment in Cumbria.”

Copeland MP Trudy Harrison told the News and Star "A number of residents have contacted me to raise concern about the lack of NHS dental provision in Copeland.”

"Good dental health is of paramount importance and I am working closely with Healthwatch Cumbria and other local health partners to work towards a solution to address this shortage.”

Local Councillor Robert Betton, who represents  Botcherby Ward told the News and Star "I think practices should be getting back to normal now and dental care is important for everybody.”

"I think dentists are being asked a lot of but things should start going back to how they were.”

"People shouldn’t have to travel for their treatment and they should be encouraged to stay in Carlisle.”

And parts of London haven’t escaped the access ‘crisis.’

The  Camden New Journal reported “CHILDREN are being left to ‘Whistle through rotting teeth’ because of a dentistry crisis that has led to practices refusing to treat patients on the NHS.”

Journalist Tom Foot said “An investigation has found 32 out of 33 dental surgeries refusing to offer any appointments to new patients.”

The newspaper reported that last week, a councillor took her two-year-old son to the Town Hall health scrutiny meeting  and revealed how he had been refused access “Despite ringing numerous surgeries.”

The debate was called following a report from Camden Healthwatch which was published earlier this year.

The Camden New Journal said Cllr Maryam Eslamdoust told her colleagues on the council “One surgery advertised as an NHS dentist told me NHS care was full, but I could make an appointment very quickly if I agreed to pay for private dentistry. I made numerous calls to surgeries in Camden and out of Camden”

“Private dental care is expensive and out of reach. People will avoid essential treatment. My experience is not unique, it’s happening all over the borough.”

The former mayor reportedly then “Urged the council to ‘campaign on this’ because dentists are ‘leaving us to whistle through our rotting teeth.’

The news site said “Dr Michael Weider, from Malden Dental Practice in Queen’s Crescent, told the meeting ‘Only yesterday I was threatened by someone who said they would blow up our practice because they couldn’t get NHS access.’

He added that the public are getting angry. But it’s not the fault of the practice. “We are only entitled to see 60 per cent of our previous capacity, but it seems the message has not gone out – the public are still unaware of the restrictions on dental practices.”

Head of Primary Care Commissioning for Dentistry, Optometry and Pharmacy Jeremy Wallman told the meeting “The situation is not good. We’re looking at one to two years, I’m not going to soft soap it. There isn’t going to be an overnight plan that is going to remedy this,” the news site reported.

“But the major issue we have is the dental contracts. Contract reform will be a far bigger catalyst to improvement in the service than funds. Just having more dental practices won’t solve the problem, because they will just fill up and the issue will not change.”

North of the border, The Scottish Sun headlined recently with “Scots dental patients facing agonising waiting times amid crisis as some going unseen for up to 12 months.”

The news site said “The British Dental Association revealed thousands of adults and children are waiting months to be seen as practices struggle to clear a Covid backlog.”

The Sun reported Dr David McColl, Chair of the BDA’s Scottish Dental Practice Committee as saying  “Dentistry in Scotland is ‘light-years’ from business as usual."

“Over four million appointments have been lost during lockdown, and with our capacity slashed by pandemic restrictions that backlog continues to grow.”

“As things stand, free dentistry for all is a promise that can’t be kept. Staff are going over and above, often facing angry and frustrated patients.”

“Easing restrictions could bring back some normality, but this service wasn’t fit for purpose even before Covid struck.”

The BDA Scotland revealed that  only a quarter of expected appointments went ahead during the pandemic.

The BDA said less than half the treatment courses offered pre-Covid are currently being delivered monthly.

“And the BDA warned delays could be compounded by an expected influx of 18 to 25-year-olds after charges were scrapped for their treatment last month,” the Sun said.

The Sun reported the  “Scottish Government says it is ‘moving forward rapidly’ with a ‘dental recovery’ and says it is building towards a return to pre-pandemic treatment levels.”

A spokesperson for the Scottish Government told the newspaper “We have also announced a further £7.5m for dentists to buy new equipment to help them reduce the impact of UK-wide Covid restrictions, on top of the £5m we have already given them for ventilation improvements.”

Amy Murray reported “Children with complex and special care needs are being neglected by dental services in Northern Ireland, two mothers have said.”

“They have expressed concern over how their children have been unable to receive important dental treatment.”

“They said a number of appointments have been cancelled as a result of pressure on the health service.”

"We understand that pre Covid-19, this assessment would generally have been within a few weeks but now they might have to wait a couple of months," the spokesperson said.

However, the two mothers said the pre-pandemic waiting lists were also far too long.

Deirdre Shakespeare’s ten year-old autistic son Harry was due to undergo treatment under general anaesthetic for toothache, with the Community Dental Service in County Tyrone.

BBC News reported “After his treatment was cancelled to relieve pressure on the health service, Harry’s pain escalated, said the County Tyrone mother.”

“He was taken back in to hospital for a scan and an x-ray to try to pinpoint the issue.”

“Deirdre said she was told Harry has now developed bowel problems as a result of his reduced food and water intake.”

"His dental issue is now causing more issues. In a way, it increased the pressure," she said.

The Northern Health and Social Care Trust said the community dental service had been affected by the "considerable and sustained demand" for theatre slots and specialist medical staff.

"This has reduced theatre access within the community dental service meaning routine GA dental extraction procedures have had to wait longer."

The South Eastern Trust said the "unavoidable wait for treatment" would continue.

"Covid-19 is continuing to place unprecedented demand and pressure on both hospital and community services," said a spokesperson.

The BDA also said it was also growing increasingly concerned about the oral health of elderly patients, particularly those who live in nursing and residential homes, BBC News reported.

"The initial suspension of dental services, and the impact of the current restrictions on delivering care means there is a huge backlog of cases."