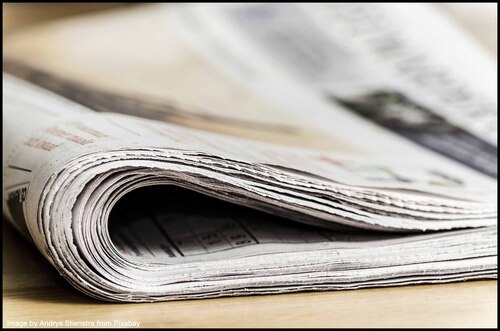 Forty-nine dentists who qualified overseas have registered with the General Dental Council as dental nurses, since 2017.

The GDC’s response to a Freedom of Information request seen by GDPUK, showed a steady increase in the numbers of dentists qualifying outside the European Union who registered as dental nurses under Section 36c of the Dentists Act 1984.

As reported by GDPUK the GDC has also been registering overseas dentists as dental hygienists or dental therapists over the past few years.

The process has been widely criticised, particularly with respect to dental therapists, since candidates do not have to undertake a practical assessment of their clinical dexterity and knowledge.

Overseas dentists who wish to register as dentists have to take the Overseas Registration Examination (ORE) or the Licentiate in Dental Surgery, which includes a practical manikin examination. The GDC’s own figures for pass rates in the ORE have shown up to a 50% failure rate in the manikin test.

Some organisations offer ‘consultancy services’ for potential candidates, illuminating the fact that no practical examination are required by the GDC if dentists wish to register as Dental Care Professionals.

Another FOI request sent by a journalist to the GDC a few weeks ago showed that between January 2020 and April 2021, the regulator registered 372 applicants as dental hygienists or dental therapists.

And while on the subject of numbers…

Last month, GDPUK reported that the registration report from the General Dental Council has shown another large drop in the number of dental nurses on the dental register.

The monthly registration report showed that over 6% of dental nurses dropped off the dental register between July and August. The figures were released against a backdrop of the feeling of many in dentistry, that dental nurses are becoming difficult to recruit.

The GDC’s figures showed that 3826 dental nurses didn’t renew their registrations at the end of July 2021.

In August 2020, 3590 dental nurses failed to renew their registration with the GDC.

Earlier this week, Gurvinder Soomal Executive Director, Registration and Corporate Resources at the GDC, wrote a blog entitled ‘Understanding the number of dental professionals on our registers.’

Mr Soomal wrote “Around this time of year (and in January in relation to the dentist Annual Renewal) we often see discussion about how many professionals remain registered and – on occasion – wide-of-the-mark conclusions being drawn from the statistical reports we publish.”

On August 20th, the GDC wrote on its website  “Annual renewal of dental care professionals remains stable,” despite renewals going down slightly compared to the average over the past few years.

The author of that brief article on this year’s registration statistics for DCP’s said “This year, 4,618 people did not renew their registration, which is 6.6% of those on the register on 31 July, compared with an average of 6.5% over the preceding five years.”

In his blog, Mr Soomal said “While the registers change on a daily basis, what we invariably see for both DCPs and dentists is that, over the course of the year, the number of registered professionals gradually increases as new people join.”

“That number then drops quite sharply straight after Annual Renewal, before the gradual increase begins once again.”

“So, thinking about this, the particular period of time one chooses to compare is incredibly important in drawing the right conclusions from the numbers. Whenever I’m asked about registration numbers, I’m always keen to stress that any conclusions – particularly those taken from limited datasets – should be drawn with caution.”

“While some volatility in the numbers of professionals registered at single points in the year - or even from one year to the next – can sometimes be seen, it is the trend over time which tells the truest story.”

When GDPUK looked at the DCP numbers, it was found that the trend is still very much downwards for dental nurses.

But last month’s registration figure for dental nurses showed that at 58,503, numbers had not recovered anywhere near the  62,222 figure of just two years ago.

Despite the Prime Minister’s proposed £36 billion boost for frontline services, the British Dental Association has expressed doubts as to whether dentistry in England will benefit.

The BDA News website said that despite Boris Johnson’s description of his announcement as the ‘biggest catch-up programme in the NHS’s history, “There is no clarity that dentistry will see a penny of the new investment.”

“We are urgently seeking clarity on what this will mean for dentistry.”

“England remains the only UK nation not to commit to capital funding to improve ventilation in practices to increase patient numbers.”

There are also real questions whether colleagues in Community and Hospital Dental Services – many of whom faced yearlong backlogs even before the seismic disruption to elective surgery – will benefit.”

“High street dentistry was the only part of the NHS that went into the pandemic operating on a lower cash budget than it did a decade ago. Government contributions to the service fell by over a third in the same period. Dentistry’s recovery will hinge on fair investment.”

Professor Liz Kay has been inaugurated as the British Dental Association’s new President.

Professor Kay will be the BDA’s 135th president and takes on the role formerly occupied by Dr Russ Ladwa.

“More recently she has been appointed as editor of the BDJ’s Evidence Based Dentistry where her mission is to bring the research community and general dental practice closer together and which now takes original publications as well as commentaries on scientific articles.”

She told BDA News “I am honoured to take up this role, notwithstanding that this is one of the most challenging times in our history. Covid has had a devastating impact not just on dentists’ livelihoods and wellbeing but also on our patients and has exacerbated pre-existing inequalities and access difficulties.

“However, I hope that the long anticipated roadmap out of Covid will focus minds on tackling these difficult issues and will result in a fairer system for patients and a more welcoming environment for dentists and their teams.

“The BDA has been working hard to raise awareness of all these issues, which are dear to my heart; I look forward to being part of this and meeting dentists around the country in the year ahead.”

Professor Kay will hold the post for two years, instead of the usual one, due to the disruption caused by the pandemic, according to BDA News.