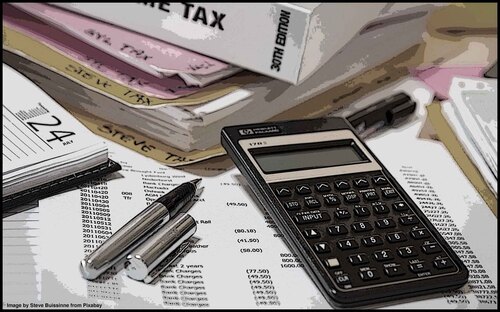 The tax status of dental associates  “Should be considered on a case-by-case basis” after April 2023, according to the National Association of Specialist Dental Accountants and Lawyers.

NASDAL issued reassurance that for the majority of dental associates,  there will be little change to their tax status following the HMRC’s announcement that it is to remove reference to dental associate agreements from its employment status manual, from 6th April next year.

Alan Suggett, NASDAL Media Officer and Head of Dental Business Unit at UNW said, “Despite the withdrawal of HMRC guidance, the consensus of NASDAL accountants is that there will be no change to the self-employed status for the majority of associates.”

But NASDAL advised that practice owners and associates should go through the HMRC’s online Check Employment Status for Tax (CEST) test.

Mr Sugget said “Associates and practice owners are advised to go through the online HMRC CEST test carefully and honestly.”

“The result for the majority of dental associates is likely to be that they should be considered as being self-employed for tax purposes.”

“However, there could be concern for those Associates whose working arrangements are subject to a higher degree of control than normal.”

The British Dental Association said on the BDA News website  “The withdrawal of this guidance will have no impact on the self-employed status of the majority of associate dentists.”

“Indeed, HMRC has told us that this is a change to their guidance, not a change to the self-employment status of associate dentists. They have simply stopped making reference to third party advice in their own guidance.”

Mr Jolyon Maugham QC, a tax law specialist said in a video on the BDA News website “It’s pretty clear to me that associate dentists in the vast majority of cases at least, are self-employed and will continue to be self-employed notwithstanding this change in guidance.”

But Mr Maugham added “If a situation does arise where HMRC does change the employment status of a particular associate the tax consequences of that change will fall not on the associate herself or himself, but on the owner of the practise unless some provision is made in the contract between the practise owner and the dentist him or herself.”

Recently, the self-employed status of dental associates has been under examination after two prominent legal cases have been heard regarding the burden of vicarious liability on practice owners.

Mr Maugham said “The question of whether you’re employed or not is actually quite a complex one and is a multifactorial question.”

“It’s not just about whether your contract describes you as employed or self-employed. Indeed, it’s not much about that at all.  It’s not really about whether you fill in your own tax return.  It’s much more about the amount of control you have over how you work.”

“As a dentist, clinical freedom is important.  Self-employed dentists have more control over the work that they do and the particular laboratories they choose to use and they’re going to be financially responsible if things go wrong.”

“Most self-employed people can choose the hours they work. The BDA model contract gives to the associate dentists a real degree of flexibility over what hours they choose to work, obviously subject to sensible safeguards for the practise owner.”

“Being self-employed also means that you’re meaningfully running your own business so it gives you the choice of whether to earn more money by working longer hours, but it puts on you the financial risk if things go wrong.”

NASDAL’s advice to all associates and particularly new associates, is to undertake the CEST test, which is anonymous, and then retain a hard copy of the conclusions arrived at.

Mr Maugham’s opinion on the HMRC’s proposed change can be found here.