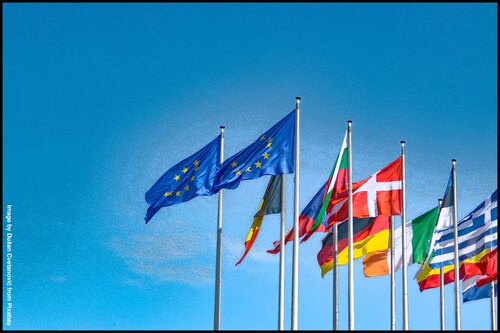 A new report led by the University of Plymouth has identified variations in dental education standards across the European Union.

The report was commissioned by the General Dental Council and was conducted to gain a better understanding of the nature, scope and expected outcomes of dental curricula in EU Member States.

The GDC said on the regulator’s website, that “While researchers reported some challenges in the sourcing of information, the findings indicate continued variation between and, within countries of the EU, in the provision of dental education, and little evidence that ambitions for harmonisation between Member States have been achieved.”

Amy King wrote on  The University of Plymouth website on 2nd September “Before the UK left the EU, the Professional Qualifications Directive enabled EU-trained dentists to have their qualifications recognised in the UK for the purposes of registration.”

Unlike dentists from outside the European Union, those that qualify within the EU do not currently have to take an external examination like the Overseas Registration Examination or the Licentiate In Dental Surgery, in order to register with the GDC.

Ms King wrote “On departure, the UK Government introduced a stand-still period of up to two years, providing a temporary form of similar recognition, while new legislation for a different system of recognition of qualifications was devised.”

“The UK Government’s proposals have now been set out in the Professional Qualifications Bill, which may supplement existing GDC routes to registration.”

Researchers at the University’s Collaboration for the Advancement of Medical Education Research and Assessment (CAMERA) conducted a scientific literature review and sourced information from dental regulators in EU Member States to map and compare learning outcomes.

“While there were some challenges in the sourcing of information, the findings indicated variation between, and within, countries of the EU in the provision of dental education standards,” the University of Plymouth said.

“In addition, the research found that there have been many proposals for harmonisation between Member States but little evidence of these having been implemented. Variation was also found in how dental education was quality assured,” Amy King added.

Osama Ammar, Head of Public Policy for the GDC was quoted on the  University of Plymouth website:

“Understanding the differences between international education and training standards and quality assurance is important to ensuring the public is protected.”

"This evidence helps us understand more about harmonisation and variation across EU Member States and will help us consider if and how to establish similar forms of recognition arrangements, if we are authorised to do so through the Professional Qualifications Bill.”

The methods the Plymouth University researchers used included a literature review  in order to find papers which discussed or compared at a national level, the learning outcomes, quality assurance or regulation of dental education across the EU.

Finally, a short questionnaire  designed to collect factual information, and additional relevant documents, about basic dental training and its quality assurance in EU member states was distributed by email.

Researchers Mapped learning outcomes from the EU countries who responded, against those included in the  GDC’s own ‘Preparing for Practice’ document.

The countries who either had their own prescribed competencies or followed the Association for Dental Education in Europe (ADEE) recommendations, were Belgium, Finland, France, Germany,  Ireland, Spain and Sweden.

Plymouth University was unable to identify competencies at either a national or institutional level in Romania, Netherlands, Latvia, Hungary, Estonia or  Cyprus.  As a result, they were unable to ‘map’ outcomes against the GDC document.

The GDC-commissioned report highlights the difficulties in mapping dental educational outcomes from institutions outside the United Kingdom.

Over the past 18 months, the GDC has been criticised for the way it is handling applications from dentists who qualified outside the EU, who are applying for registration as dental therapists in the UK.

The GDC is registering overseas dentist applicants as dental therapists with no examination of their practical clinical skills.

An applicant who wishes to register as a dentist has to first pass the ORE or LDSRCS examinations, which includes a practical manikin test.

GDPUK reported in August 2020 that the GDC “Maintains that its assessment of candidate applications is ‘robust’ and is carried out by a three-person assessment panel of ‘independent registered dental professionals.’”

In January 2020, 50% of dentists who took the Part 2 ORE examination, failed the manikin test.

The British Association of Dental Therapists and British Society of Dental Hygiene Therapy, as well as indemnity organisations, have called on the GDC to introduce practical examinations for such applicants.

This nothing really new - ADEE has known this for years, and combined with the fact that the GDC stepped away from being involved in dental education development many years ago why is anyone surprised?

In UK the GDC send a group in to look at process.. not outcome. and IMHO the group is very ill equipped to do the job. If GDC want people to be able to see behind the flannel dental school put up they would use ex deans and senior academics who know the tricks that are played

2nd thought is has anyone asked how many new UK graduates would pass the ORC??
I hear deaneries are insisting on manikin skills tests this year for VTs before letting them treat patients. So maybe this the pot calling the kettle black

ps i was a member of ADEE for many years as an academic, was part of their schools inspection team (IIRC only 2 UK schools had a visit),
I also co authored the papers on QA in dental education in Europe worldwide... so i may know a wee bit on this subject