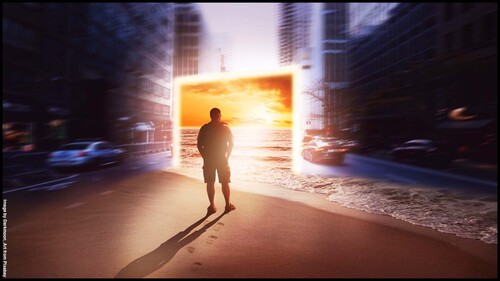 A dentist in Greater Manchester has spoken of his ‘heavy heart’ as he made the reluctant decision to leave the NHS.

Dr Runeel Joye runs the Oh My Smile dental practice in Cheadle and has worked in the NHS for two decades.

Dr Joye’s decision was highlighted by the Manchester Evening News (MEN) when it ran the headline ‘Man who has gone to the same NHS dentist for 30 years suddenly left without practice.’

“Paul Wallace is facing the unwelcome predicament following Oh My Smile, in Cheadle announcing in July that it plans to stop seeing NHS patients.”

“He now has the choice of signing up to a payment plan or finding a new dentist - but says the nearest the NHS has been able offer him so far is Northwich, nearly 20 miles away,” the Manchester Evening News reported.

Last month, GDPUK reported that  Greater Manchester Healthwatch had highlighted that there had been a ‘huge increase’ in the number of patients struggling to find NHS dentists in the city.

Mr Wallace’s story prompted Cheadle North councillor Mr David Meller, to set up a petition asking the Oh My Smile to reconsider its decision to go private. The Manchester Evening News reported that hundreds had signed the petition.

Nick Statham wrote for the Manchester Evening News “Oh My Smile says it is making the change reluctantly, but is in a ’very precarious financial position’ due to a ‘bankrupt system’ that puts government targets ahead of social care.”

Dr Joye told the newspaper that he had not taken the decision lightly, having worked in the NHS for 20 years.

“NHS dentistry as it exists today puts government targets ahead of patient care.”

“That is not the approach any of my team spent years at dental school to deliver.”

Dr Joye told the MEN that in recent years his practice “has ‘really struggled’ to meet NHS targets, resulting in a loss of income due to NHS clawback - all whilst costs have risen.”

“As a result the practice has been in a very precarious financial position for years, and I have tried to stabilise this for years without success.

"I have had to borrow money in the form of business loans, overdrafts, credit cards and family savings hence why I took advice from different business consultants/accountants as I was clearly failing. “

Dr Joye continued: “We pride ourselves on the service we provide patients, we were regularly receiving five-star Google reviews from patients, and I didn’t want this to change, so I had to make the difficult decision to return our NHS contract so I could protect the service we deliver and my team.

"I made this decision with a heavy heart after two decades in NHS dentistry.”

The BDA News website said “Many dentists now feel they are being pushed out of being able to continue to offer care under the NHS. The latest figures show that dental earnings in Northern Ireland have fallen once again. Since last year, there’s been an average decrease of 4.2%. In the last decade, we’ve seen a fall of 36% in real terms for associates and 43% for practice owners.”

One former GDP, who wished to remain anonymous, told GDPUK of his struggles to keep his NHS practice afloat.

“I started working as an NHS associate in the late eighties and retired as an associate,” he said.

“In between, I spent nearly 20 years as a practice owner in a rural town, having bought an existing surgery from a retiring dentist, who ran it almost single-handed, with just one part-time associate doing a day a week.”

“We had a large number of patients and as the numbers increased, I bit the bullet and installed a third surgery, taking on another associate, again, part-time.”

“In those days, I always paid 50% to the associates, and split the laboratory fees down the middle.”

“When I took over the practice, the nurses and my receptionist were on a dreadfully low wage and I brought up the pay to BDA recommended levels and beyond,” he told us.

“I didn’t skimp by buying cheap materials and the associates pretty much had what they requested – that may have been a financial mistake on reflection,” he said.

“We endeavoured to give our NHS patients the best treatment we could, but as a practice owner, that had dire financial consequences.”

“After the new surgery was equipped through a practice loan, the practice overdraft just got larger and larger, especially after one of my colleagues took maternity leave.”

“I was never a fast operator and I realised over many years that I was getting deeper and deeper into financial difficulties.”

“Eventually, I put the practice up for sale a few years ago. When it sold, I made no profit, but I at least cleared the overdraft and paid the practice loans off.”

The dentist admitted that during his time as an owner, he had to enter an individual voluntary arrangement (IVA) to help clear personal debts incurred as a result of his business struggles.

“I spent my last few years as an NHS associate, and was frankly, much better off than when I owned a practice. Having said that, my earnings were still only modest.”

“I don’t blame any NHS dentist who feels that the only way they can provide a good standard of treatment without enormous financial stresses and burdensome targets, is to go private.”

“Dentistry is stressful enough, without having to frantically tread water in order to stave off bankruptcy.”

“Good luck to them.”