Dentist Bites Back Over Negative Reviews 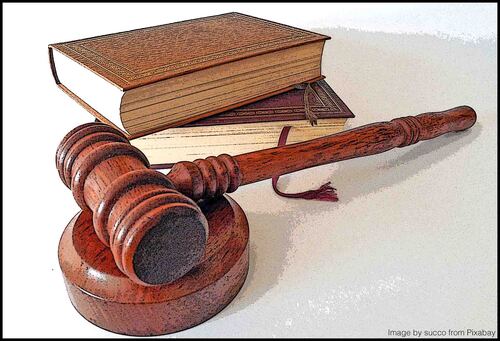 An Australian specialist dentist has successfully sued a patient after being left a one-star Google review.

Dr Alison Dean, a special periodontist who practices in Kew, Victoria, won $170,000 after her successful claim that she had been defamed online, by one of her patients.

Tom Cowie wrote in The Guardian  “Ms Puleio posted four defamatory publications on Google reviews under the names “Cat” and “Daniela” after she had several appointments at Dr Dean’s practice in 2019.”

“In a review posted on March 6, 2020, Ms Puleio accused Dr Dean of being unprofessional, undermining, failing to diagnose various illnesses and trying to charge her more than was reasonable for work.”

At one point, the court document said, “The fourth Google review was defamatory of Dr Dean and in its natural and ordinary meaning meant and was understood to mean that…Dr Dean operates her practice as a periodontist unethically…Dr Dean callously refused to treat the patient when she was in urgent need of treatment because of dental problems.”

The Guardian said, “In evidence, Dr Dean said it was Ms Puleio’s intention to cause as much damage as possible when writing the reviews.”

“I can confirm that she has been successful in this regard. The impact of her written word and her associated conduct have caused immeasurable damage to my emotional wellbeing, my psychological and physical health, my reputation, my work and my business,” she said.

“The amount of stress caused by these publications has been more than I have been able to endure, and I am desperate to put this experience behind me and move on with my life and my career.”

Judge Julie Clayton, in her judgment, accepted that the online reviews had been seen by a large number of people.

“It is likely that somewhere in the vicinity of 100,000 people have viewed the extract of that review which states ‘unprofessional and undermining service’,” she said.

“Ms Puleio wrote that she was quoted $20,000 for her dental work, which was too much for someone in her financial circumstances,” said The Guardian.

“I’m a single mother, with top private health insurance and Dr Dean must have assumed that I was the Banko Nationale which is not the case at all.”

In February 2020, the BBC News website told of an Australian court which had ordered Google “To identify the person behind an anonymous bad review of a dentist.”

The website said that a teeth-whitening specialist in Melbourne, sought the order from the tech giant, so he could sue the reviewer for defamation.

The dentist had reportedly claimed that the reviewer had damaged his business by “Telling others to ‘STAY AWAY’ from a procedure criticised as ‘extremely awkward and uncomfortable.’”

The BBC reported that Google had “Previously defended allowing negative rules on its site.”

However, Justice Bernard Murphy ruled that the dentist had grounds to pursue a defamation case and that Google was "likely to have or have had control of a document or thing that would help ascertain that description of the prospective respondent".

"If you’re out there trying to hide by anonymity, even via VPN, I think the court system’s catching up now and there are ways and means of obtaining that information," the dentist’s lawyer told the Australian Broadcasting Corporation, reported BBC News.

But In 2016, BuzzFeed News reported that the online directory Yelp, had begun adding warnings to the pages of businesses that may be "issuing questionable legal threats against reviewers."

A New York endodontist found a warning added to his review page after he pursued a lawsuit against a patient who posted a review that the dentist claimed was defamatory, according to BuzzFeed.

BuzzFeed reporter Leticia Miranda said Yelp wrote in a blog post announcing the new alerts, saying, "Consumers have the right to share their opinions about their experiences with businesses."

"But there will always be a small handful of businesses who mistakenly think it’s a good idea to threaten consumers who exercise their free speech rights."