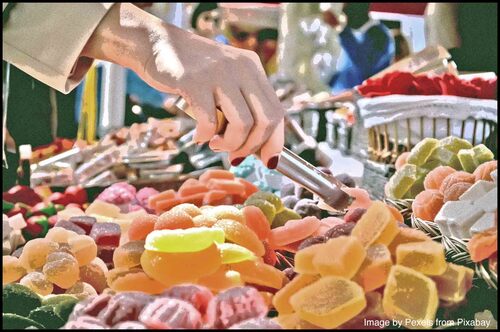 The British Dental Association and the British Society of Paediatric Dentistry have both welcomed publication of the second part of the Government-commissioned ‘National Food Strategy.’

But the Prime Minister is not keen on sugar tax proposals for ‘hard-working people,’ according to The Telegraph.

Tony Diver wrote that “Boris Johnson has said he is ‘not attracted’ to proposals for a new sugar and salt tax, amid fears it could disproportionately affect Britons on lower incomes.”

“The Prime Minister sought to distance himself from the proposals, which came in a report published yesterday by the head of the National Food Strategy, Henry Dimbleby.”

During a question and answer session in Coventry, Mr Johnson reportedly said, “I will study the report. I think it is an independent report. I think there are doubtless some good ideas in it. I am not, I must say, attracted to the idea of extra taxes on hard-working people.”

The BSPD said “Strategies that could impact children’s oral health and improve the life chances of children living in the most deprived areas of the UK are now within reaching distance.”

The BDA said on the BDA News website that it backed the recommendations in the report, which would expand the sugar tax to cover foods high in sugar and salt.

The Guardian reported “Ministers are being urged to levy a £3bn sugar and salt tax as part of a ‘once-in-a-lifetime opportunity’ to break Britain’s addiction to junk food, cut meat consumption by nearly a third and help tackle climate change.”

The National Food Strategy, drawn up by restaurateur and ‘Food Tsar’ Henry Dimbleby, said the UK population’s “malfunctioning” appetites and poor diets, places an unsustainable burden on the NHS and contribute to 64,000 deaths each year.

The report says that problem is fuelled by consumer and manufacturer’s reliance on processed food.

The BDA News website said the plan “Advocates a sugar and salt tax on unhealthy food, which would direct some of the revenues to help get fresh fruit and vegetables to low-income families.”

“The move would build on the success of the sugar levy, which prompted a fall in sales of high-tier sugary drinks – those containing more than 8g of sugar per 100ml – of 44% in its first year.”

The Guardian reported that the proposal, “which could put 1p on a bag of crisps and 7p on a Mars bar, was criticised as regressive as it would hit the poorest consumers hardest.”

“However, Mr Dimbleby believes the tax would incentivise manufacturers to reduce salt and sugar levels by reformulating products.”

The BDA said it wants to see a  “Sustained government action to tackle diet-related disease like tooth decay as an integral part of ongoing work to confront obesity.”

The BDA said the proposed expansion of sugar tax is “a litmus test for government on prevention.”

BDA Health and Science Chair Mick Armstrong told BDA News “If the government is serious about tackling preventable disease it must build on the ambition set out in this strategy. Over consumption of sugar causes both dental decay and obesity but dental disease is largely irreversible. That link should be made clear and more widely acknowledged.’

“Ministers are making the right noises on prevention but need to take a joined-up approach. Willingness to build on the success of the sugar levy will be a litmus test.”

“Every day dentists see how sugar fuels ill health and grotesque inequalities that are now set to widen. Ministers must show they are willing to act on root causes, and fix Britain’s failed food culture.”

BSPD spokesperson Dr Claire Stevens issued a warning that families on low incomes will need to be supported so that healthy, fresh food is more accessible to them."

Strategic objectives of the plan include escaping the ‘junk food cycle’ in order to protect the NHS, reduce diet-related inequality and create a long-term shift in the UK’s food culture.

Dr Stevens said “We hope this report translates into bold action by government. If implemented in full, this report could improve the lives of disadvantaged families and reduce dental decay in children, as well as making them fitter and healthier.”

This report by @food_strategy has some interesting and far reaching ideas that would mean a big change for the better in our food system and make us all healthier. I hope that these plans will be taken up by this government. https://t.co/gl5rZJCrhO

TV chef and healthy-food campaigner Jamie Oliver told The Guardian “This is no time for half-hearted measures.”

“If both government and businesses are willing to take bold action and prioritise the public’s health, then we have an incredible opportunity to create a much fairer and more sustainable food system for all families.”

In his introduction to the new report, Henry Dimbleby said “The food system we have now has evolved over many years. It won’t be easy to reshape it. But time is not on our side.”

“The effects of climate change are already becoming apparent around the world. Diet related disease is putting an intolerable strain on our nation’s health and finances – and COVID-19 has only increased the pressure.”

“For our own health, and that of our planet, we must act now.”

The National Food Strategy plan can be found here.