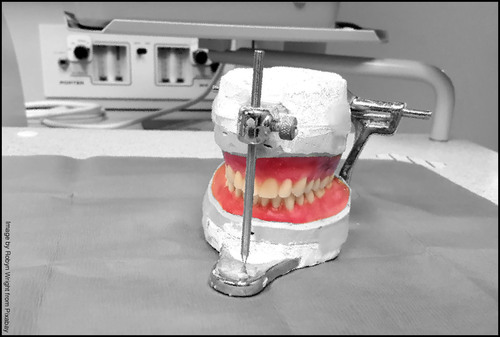 New analysis of the link between tooth loss and the development of Alzheimer’s disease has suggested the provision of dentures may reduce the progression of cognitive decline.

Researchers at New York University’s Rory Meyers College of Nursing found that not only is tooth loss a risk factor for cognitive impairment and dementia, but with each tooth lost, the risk of cognitive decline increases.

But the study showed that the risk was not significant among older adults with dentures.

The research suggests that “Timely treatment with dentures may protect against cognitive decline.”

The NYU website said “Prior studies show a connection between tooth loss and diminished cognitive function, with researchers offering a range of possible explanations for this link. For one, missing teeth can lead to difficulty chewing, which may contribute to nutritional deficiencies or promote changes in the brain.”

“A growing body of research also points to a connection between gum disease—a leading cause of tooth loss—and cognitive decline. In addition, tooth loss may reflect life-long socioeconomic disadvantages that are also risk factors for cognitive decline.”

Dr Bei Wu, Dean’s Professor in Global Health at NYU Rory Meyers College of Nursing is the senior author of the study.

She said “Given the staggering number of people diagnosed with Alzheimer’s disease and dementia each year, and the opportunity to improve oral health across the lifespan, it’s important to gain a deeper understanding of the connection between poor oral health and cognitive decline.”

Dr Wu and colleagues conducted a meta-analysis of longitudinal studies showing tooth loss and cognitive impairment. Fourteen studies were included in their analysis, which involved a total of 34,074 adults and 4,689 cases of people with diminished cognitive function.

The study showed that adults who had missing teeth were more likely to have cognitive impairment if they didn’t have dentures (23.8%), compared to those who did wear dentures (16.9%).

“Further analysis revealed that the association between tooth loss and cognitive impairment was not significant when participants had dentures.”

Speaking to CNN, Dr James Wilson of the American Academy of Periodontology gave a possible link between dentures and the retardation of cognitive decline.

“Dentures are important because they allow patients to maintain a healthy diet, as well as provide the confidence to smile naturally.”

"Being able to eat a normal diet is extremely important to a person’s physical health," Dr Wilson said.  "The positive self-image that dentures provide a patient works to improve their mental health as well."