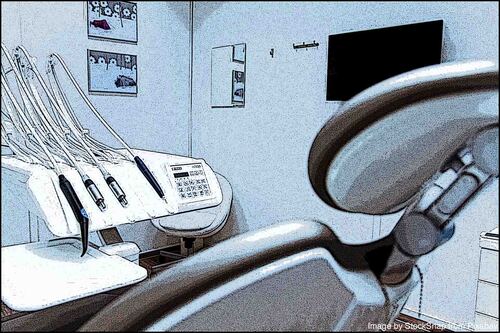 The NHS has published updated guidance on the sometimes-confusing issue of dental treatment ‘phasing.’

Titled ‘Avoidance of doubt: Provision of phased treatments,’ the document aims to “Support dental professionals, and to clarify where it might be appropriate to provide phased treatment spanning over several courses of treatment (COT).

While considered to be a valid strategy for addressing multiple problems associated with new patients or patients who have not attended for a lengthy period, ‘phasing’ has been criticised privately by many dentists in the past for being abused in order to maximise UDA’s – a process with is encompassed by the term ‘gaming.’

The document said phasing “Should improve access to high quality NHS dentistry to meet the needs of patients who will not usually have accessed and completed routine dental care in the previous 24 months.”

“This cohort of patients would generally be those with high dental needs and as such are more likely to be adults from a vulnerable background with additional health or social needs.”

The document, which can be accessed here, outlines in detail the three stages of phasing and what each stage comprises.

The guidance also says that “Claims for multiple COT’S  will be acceptable where the clinical notes clearly state that rationale for the phased treatment for patients with high and complex dental, medical or social needs with supporting clinical evidence.”

It warned “The BSA data will continue to track Units of Dental Activity (UDAs) claimed per patient and number of FP17s per patient.”

The guidance said that regular attenders at a dentists’ practice shouldn’t normally require phased treatment spanning several courses of treatment, although it may be permissible when patients have suffered a “significant and unexpected decline in dental health.”

The document covers the phased  treatment of periodontal patients in some depth.

The publication drew some initial responses, after being posted on Twitter by England Deputy Chief Dental Officer Dr Jason Wong, particularly with regard to its periodontal treatment guidance.

Good to see the publication of the revised Avoidance of Doubt which takes into account the published guidelines on prevention and treatment of periodontal disease, ensuring care is provided to those with greatest need https://t.co/HDAY5204z4

One practitioner reportedly said that the practice hygienist “Does this privately,” stating that it was not viable to provide such treatment under the NHS contract.

One experienced dental commentator speculated that one of the aims  of the guidance might be “To stop this sort of mixing.”

In 2011, the Channel 4 investigatory programme Dispatches carried out a three-month long undercover investigation into ‘gaming.’

The three-month long  investigation claimed to find that “Some dentists are maximising their profits by exploiting NHS trusts and over charging patients.”

“Dispatches sent seven members of the public for an NHS examination at dental surgeries that do both NHS and private treatment to see if dentists are sticking to these rules,” the Channel 4 website said.

“On average our undercover patients were in the dentists chair for 15 minutes.”

“They went in as NHS patients but six out of seven came out having been recommended to have some treatment privately - the most common being hygiene treatment.”

The website said “Gareth McAleer gave up most of his NHS work in 2006 as he felt the contract was pushing dentists into gaming. He believes that while NHS dentists should stick to the rules, they’ve been put in an impossible position.”

"The public want a full comprehensive service free on the NHS and the Government don’t want to admit, and politicians in general do not want to admit that this isn’t feasible... The problem we have is that the politicians refuse to be honest with the general public about this issue.”

“Gareth argues that while the previous NHS contract paid dentists to over-treat people, the current contract effectively discourages treatment as dentists are put under such pressure they have to cut corners in patient care to turn a profit.”

The website quoted Dr McAleer further: "The dentist has 2 choices. When a patient has gum disease and they need to have hygiene treatment. Do they send the patient to the hygienist and make a massive loss on it. Or they’ve got the 2nd option. They can ignore the gum disease and the patient is unaware of the gum disease.... And in that instance people would describe that as supervised neglect, where patients are not actually having the gum treatment carried out that they need to have done. Purely because it’s totally unaffordable."