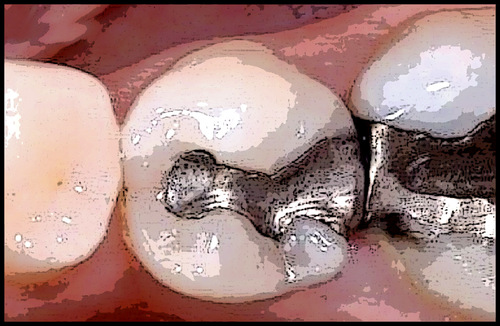 The British Dental Association has said it is “Vital” that the UK avoids a rapid ‘phase-out’ of dental amalgam.

The BDA is lobbying for a ‘phase-down’ of dental amalgam in the European Union rather than the complete elimination of its use by 2030.

The BDA has argued that it is vital that UK dentists should be able to use the “Full range of materials appropriate to different clinical situations,” according to the BDA News website.

The BDA also fears that the phasing-out of amalgam in the EU would affect the material’s supply chains and prices in the UK, despite Brexit.

In August 2020, the European Commission reported to the European Parliament and Council of Ministers, that draft legislation to phase out the use of dental amalgam in the EU will be published in 2022.

Provisions to phase out dental amalgam have already been introduced at national level by four member states, the Czech Republic, Finland, Ireland and Slovakia.

In accordance with a UN treaty on mercury, the EU only bans its use for children under 15 years of age and pregnant or breastfeeding women.

The Council of European Dentists has said “The prudent way forward is to continue the pathway of active and positive efforts to phase down the use of dental amalgam, while looking into the development of a similarly effective and universally applicable substitute material and continued research into the short, and long-term impact of current range of alternative restorative materials.”

Both the BDA and the CED have argued that the European Commission’s report in 2020 contained “inaccuracies, assumptions and misleading information.”  The report concluded that completely phasing-out amalgam would be technically and economically feasible before 2030.

The EC has said that “Although alternatives to amalgam exist, dentist organisations have expressed concern about a lack of available information on mercury-free materials.”

Regarding concerns about the safety profile of materials containing bisphenol A (BPA), the EC says that BPA release from dental materials “Are associated with only negligible health risks.”  It added that exposure to BPA is within the tolerable daily intake set by the European Food Safety Authority, but these conclusions on the intake are now thought to be under review.

The BDA said on the news website “Other restorative materials could also have adverse environmental impacts,” adding “More research is needed on this.”

The BDA has said it is “Particularly concerned about the impact for dentistry in Northern Ireland.” It added that under the terms of the Northern Ireland Protocol, it is compelled to follow EU legislation.

The BDA noted that “A phase out date of 2030 - or earlier - could potentially destabilise health systems that are already under considerable strain in the wake of the Covid pandemic and increase oral health inequalities.”

The BDA said on the website “We argue that dental amalgam continues to be a well-established and needed filling material.”

It continued it wish to make clear “The need for dentists to make individual assessments based on the clinical situation and best interests of each individual patient.”

“We are also working closely with international partners to advocate a pragmatic phase-down approach globally, in the run-up to the fourth Conference of Parties to the Minamata Convention, which begins its discussions in November,” the BDA said.

The BDA statement came just a short time after new research appeared to show a significant relationship between the number of amalgam surfaces a patient has, and a diagnosis of arthritis.

The study, carried out by David and Mark Geier in the United States, showed that the incidence of arthritis peaked among adults who had 4 to 7 dental amalgam filling surfaces.

And now, the International Academy of Oral Medicine and Toxicology is raising awareness of the findings, after the researchers discovered higher incidences of arthritis in people with silver-coloured ‘mercury’ amalgam fillings than those with other fillings such as tooth-coloured composites.

Previous research has suggested that exposure to environmental toxicants, such as mercury, could play a role in the pathogenesis of arthritis.

The researchers evaluated the relationship between increasing exposure to dental amalgam filling surfaces and the risk of arthritis in adults by undertaking a cross-sectional study of information from the National Health and Nutrition Examination Survey database in the US.

“Overall, it was observed that there was a significant bimodal dose-dependent relationship between increasing total numbers of dental amalgam filling surfaces and the incidence rate of reported arthritis.”

“There was no significant dose-dependent relationship between increasing total numbers of other dental filling surfaces and the incidence rate of reported arthritis.”

The researchers said of that those studied who were reported to be newly diagnosed with arthritis, the condition was “attributably associated with their dental amalgam filling surface exposure.”

"With the Geiers’ new research joining the ranks of thousands of other studies, it is abundantly clear that mercury from amalgams poses a danger to everyone, including patients, dentists, and dental employees."

The full study can be found here.

If this study can be believed, having lots of amalgam surfaces filled will place you at less risk of arthritis than having very few surfaces. Something smells fishy.
0