Do Dentists REALLY Have The Highest Risk Of Catching COVID? 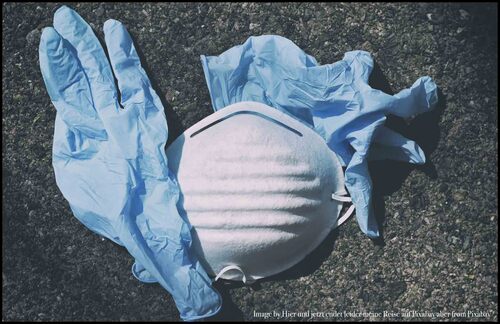 “Dentists have highest Risk of catching Covid” ran The Telegraph headline – but GDPUK asks, do they?

Lizzie Roberts wrote “DENTISTS were more likely to catch Covid-19 than other healthcare staff during the pandemic, a study has suggested.”

“The study of 2,063 staff working in a variety of healthcare roles in the east of Scotland between May and September last year also found medical staff were three times more likely to become infected than members of the public.”

The Telegraph was reporting on a study published on the ERJ open research website entitled ‘The protective effects of SARS-COV-2 antibodies in Scottish healthcare workers.’*

This was a prospective observational study of a range of health care workers in Scotland from May to September 2020. Researchers used the  Siemens SARS-CoV-2 total antibody assay to establish seroprevalence in the study sample and controls, matched for age and sex to the general local population, were studied for comparison.

Also included in the study were doctors, nurses, pharmacy staff administrators and porters. The dentists in the study were NHS employed individuals, not from general dental practice. It is not clear whether at the time of the study, these dentists were in redeployed roles.

Only 50 dentists were included in the study (2.4% of the 2063  participants) and of those, thirteen dentists tested positive in blood tests, showing that they had been infected.

From the small number of dentists included in the survey, researchers concluded that dentists had the highest seroprevalence rate of at 26%.

Health care assistants, including nursing home staff had the second highest prevalence at 23%.

The study did conclude that health care workers were three times more likely to test positive for SARS-CoV-2 than the general population, however.

Almost all infected individuals were said to have  developed an antibody response which was 85% effective in protecting against re-infection with SARS-CoV-2.

The results from the Scottish study deviates significantly from a survey carried out by the American Dental Association and published in Healthline in October 2020, which indicated that less than 1% of dentists nationwide in the United States had tested positive for COVID-19.

The report included data from nearly 2,200 dentists surveyed in June 2020, in contrast to the 50 reported on, in the recent Scottish study.

HealthDay News reported only 3.1% of hygienists said they had been diagnosed with COVID-19. The initial results, which were published in the Journal of Dental Hygiene,

This followed a similar study carried out in Italy published in October 2021, which also found low rates of infection amongst  dental hygienists.

In the Italian study, 2,798 hygienists  participated and only 0.25% of the sample was found to be positive to the virus.

Again conflicting with the results from the Scottish study, an online survey was conducted in April 2020 on 4,172 dentists and 1,868 dental assistants.  This represented approximately 10% of French oral health care workers. The study was published on the Plos One website.

This study found the prevalence of laboratory-confirmed COVID-19 was just 1.9% for dentists and 0.8% for dental assistants.

A recent study by André Haigh, Ronuk Vasant and Dominic O’Hooley, not yet peer-reviewed, but is preprinted on Research Square, suggests that dental professionals have not experienced disproportionately higher levels of COVID-like symptoms.