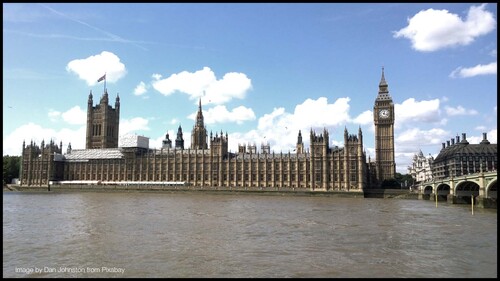 Jo Churchill has admitted that the NHS UDA system is ‘broken.’

The Under-Secretary of State for Prevention, Public Health and Primary Care was speaking at a Westminster Hall debate on Oral health and dentistry in England.

Ms Churchill said the “UDA system brought in by the Labour government in 2006 is broken, we understand that it’s broken, but these things take more than a month to put in place.”

“So, in order to improve access for those who need it most we are pushing on with flexible commissioning focusing on those with health inequality.”

The debate was secured by the Labour MP for Bedford, Mohammed Yasin.

Several MP’s recognised the urgent need to reduce fallow times in practice and called for financial help in providing dentists with the funds to purchase ventilation equipment.

On the question of ventilation in order to reduce fallow times, the Minister said “There are significant practical, financial and timing challenges in assessing and putting it (ventilation) in.”

“Not every dentist owns their own premises. I have asked once again, NHS England to come back to me on what we can do in this area and  to see what is practical.”

Mr Yasin said the pandemic “has brutally compounded the pre-existing problems” that existed in NHS dentistry.

The Mr Yasin also echoed the concerns of fellow MP’s who were alarmed at the high rate of caries in children particularly in those living in deprived areas.

He said that preventive oral health programmes like supervised tooth-brushing “Is estimated to save over £3.00 for each one pound invested over five years.”

Sir Paul praised Jo Churchill and the Chief Dental Officer for England Sara Hurley for changing the attitude from previous Governments under which dentistry was a  “Cinderella service.”

He said “Both of these ladies recognise the importance of improving the oral health of the nation and the status of dentistry as a health service.”

Sir Paul continued “Water fluoridation is the single most effective public measure that could be taken to prevent tooth decay.” He said that currently being in the powers of the local authorities, little progress has been made” adding “We lag behind every other western nation.”

The MP recounted being told by one anti-fluoride campaigner that his research showed that putting fluoride in the water supply of one town increased the incidence of venereal disease amongst the adult population.

Sir Paul said he hoped the Government would curtail the idea of having consultations on the proposals for the centrally-governed fluoridation rollout.

He said consultations would bring out “cranks” who would tell “scaremongering stories” about the safety of fluoridation.

Clive Lewis, MP for Norwich South said “Government spending on general dental practise in England has been cut by more than a third in the last decade and these problems are only set to get worse.  According to the British Dental Association around a quarter of dentists plan to stop providing NHS services and move to fully private provision.”

“Over a third plan a career change or early retirement in the next 12 months.”

Isle of Wight MP Bob Seeley suggested  the island would be an ideal ‘test case’ for public water fluoridation. He said that some islanders were being forced to go to the mainland for treatment, which was inconvenient and expensive due to costly ferry trips.

Remarking on the lack of dentists on the Isle of Wight, Mr Seeley asked if would be possible for “the initiation of a dental training scheme on the island” to help alleviate the shortage.

Judith Cummings, the Labour MP for Bradford South is a strong  advocate for dentistry.

She   called on the Government to follow the actions of the Welsh and Northern Irish administrations in “Helping them (dentists) upgrade their ventilation equipment.”

“Many have already done so, but nearly 70% of practises report that they now face financial barriers to further investments in this area and I would be grateful if the minister could outline why England remains the only part of the UK to not even investigate the merits of providing capital investment to help increase access safely.”

Putney Labour MP Fleur Anderson suggested that the shortage of NHS dentists could be cured by making changes in the way that dental qualifications are recognised so that it would be easier for overseas dentists to register with the GDC.

She said “It takes 6 years to train dentists so there actually needs to be secondary legislation to change the UK  overseas recruitment process,” adding “It’s got  a huge amount of support from dental associations and dental practises and it could be relatively simple and quick to see an effect of more dentists coming from overseas to this country.”

Ms Anderson said  the “Overseas registration exam process could be equivalent for dentists and medics, including part one to be carried out overseas.” She said the process could make a huge difference.

York Central MP Rachael Maskell pinpointed the divorce of oral health and the rest of medical care as happening in 1951, when dental charges were introduced, an issue which prompted the resignation of Aneurin Bevan.

Speaking about appointment backlogs, Ms Maskell said “It’s baffling why government just failed to grip the scale of this deepening crisis. She added “The tightening of the thumb screws on dentists through their contract shows no mercy”

Later, in an adjournment debate secured by MP for Waveney, Peter Aldous, Jo Churchill said opportunities were being explored for developing flexible training pathways and improving recruitment and retention.  She also said she was keen to make sure that the whole dental team, including hygienists and therapists, was used as widely as possible, especially in delivering oral hygiene advice and toothbrushing instruction.”

Mr Aldous was raising concerns at the lack of NHS care available in Suffolk caused by retirements, practice closures and failure to recruit dentists to the local area.

Mr Aldous suggested that the recognition of dental qualifications should be automatically extended to outside the European Economic Area, and installing a smooth process to enable qualified dentists to work in the UK, notably from countries such as India.

Ms Churchill replied “I am  having discussions with the GDC about recognising dentists who have trained overseas and making sure we are assured of standards of education.”

The MP said “I have to confess that I do not completely understand the opaque world of UDA’s  but what I do know is that this system is short changing my constituents.”

Mr Aldous was concerned about the targets imposed on dentists, saying “The dysfunctional 2006 contract should be replaced as soon as possible.”

In reply, the Health and Social Care Minister said “However defective the 2006 UDA contract is, it is not literally just a question of swapping the one for the other.”

Ms Churchill said  “I want to look at the expansion of fluoridated water. It is one of the simplest ways that we can improve oral health intervention and we could significantly improve the health of children across the country.”