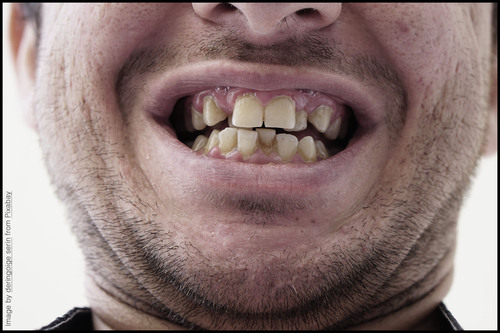 New research has shown that up to 50% of people interested in orthodontic treatment would be somewhat likely to consider ‘Direct-To-Consumer Orthodontics’ (DTCO).

The findings from a  study carried out by a team based in Ohio also showed that nearly a quarter of the 1441 respondents questioned said they would be ‘highly likely’ to take up DTCO treatment.

Results from the research raises further questions about the Direct-To-Consumer Orthodontic industry and its potential to have detrimental effects on oral health.

One of the major concerns of dentists and orthodontists is that companies offering direct braces don’t carry out full clinical examinations of patients.

Although remote consultations are used to monitor the progression of treatment, full pre-treatment check-ups including radiological and periodontal examinations are not conducted.

A reporter from GDPUK went online for a ‘smile assessment’ this week with one well-known DTCO company and after merely selecting a photograph of  ‘moderate’  crowding from a choice of irregularities, was offered a free visit to a ‘smile’ shop or the opportunity to order an ‘at-home’ impression kit with free shipping.

He said that more than 83% of the participants had considered pursuing orthodontic treatment to some extent.

The majority of participants in the study said that convenience was the greatest benefit of direct orthodontics. Only just over 26% said they would be more likely go for the direct option due to the pandemic.

The authors of the study said “The majority of participants seemed to perceive DTCOs as a viable alternative for seeking orthodontic care.”

They advised “Orthodontists and their constituent organizations may consider more robust awareness and advocacy campaigns to educate the population about orthodontic treatment and the benefits of pursuing treatment with a trained orthodontist.”

Professor O’Brien said the phenomenon of direct orthodontics has seen a “Surge in popularity recently.”

He said “The most important finding was that people were most likely to seek DTCO because of the convenience of treatment and the cost. In effect, they were not too concerned about the quality of treatment.”

Prof O’Brien continued “As dentists/orthodontists, we are ethical health care providers, and we do care about the quality of treatment. Importantly, to consistently deliver this quality care, we may be less convenient and more costly than the “scanshop” and the dentist who remotely approves the treatment plans.”

He added “We may also ask what our regulators are doing about this?  I have posted about this before when I thought that the General Dental Council was making progress in addressing illegal practice.  I am not aware of any progress in 2 years, and the silence is deafening.”

A spokesperson for The British Orthodontic Society has confirmed to GDPUK that it has raised a complaint about ‘DIY orthodontics’ with the GDC and that it “Would be improper for BOS to comment on this until it comes to a conclusion.”

The spokesman said “We are fully behind using the latest technology such as video consultations and remote monitoring to ensure an enhanced patient journey.”

“However, before any course of orthodontic treatment is embarked upon, there must be a full clinical examination by a dentist or orthodontist. Clear aligners are a fantastic tool in our armoury, but they are not the answer to all clinical needs.”

The lack of a full clinical examination by a dentist or orthodontist appears to be the main concern clinicians have about the provision of direct ‘online’ braces.

A small survey of nearly 200 dental professionals on Twitter this week asked “Should the GDC act to prevent these online companies from operating in the UK?”

In February of 2020, GDPUK wrote  “The regulator has now accepted that remote orthodontic work falls within the practice of dentistry and noted reports of remote providers offering services without face-to-face patient contact with a dental registrant, a legal requirement under the Dentists Act 1984.”

The GDC emphasised that for all dental interventions “This important interaction between clinician and patient should take place at the beginning of the patient consultation."

At the time, over a year ago, the GDC had indicated its willingness to gather evidence on potential harm.

GDPUK approached the GDC earlier this week to ask if the regulator will be taking any action, bearing in mind the GDC does occasionally prosecute individuals who illegally perform tooth whitening.

A spokesman for the GDC said “The GDC published its interim position on the remote provision of orthodontics in 2020. In that statement we indicated that our work to gather evidence about the potential risk to patients was continuing and that, once complete, we would issue a further statement. That work is nearing completion and we are preparing an updated statement which will be published in the near future.”

“Our work on this has required engagement with a wide range of stakeholders.”

The GDC is in a difficult position, since many of these companies are based outside the UK. One of the best known and prominent companies is particularly litigious and filed a federal court lawsuit in 2019 that alleged the Dental Board of California conspired to hurt the company’s business.

A Reuters review found nearly 60 complaints about the same company’s aligners to the U.S. Food and Drug Administration from clinicians or customers, some alleging negative outcomes including loose or lost teeth, jaw pain, bite misalignments, and the need for costly follow-up treatment.

The New York Times ran a piece in January about dissatisfied customers of the best-known company.

It said “When some of the customers requested refunds,’ the company “Asked them to sign the confidentiality provision.”

Although it got an ‘excellent’ rating from 78% of reviewers, recent posts  from the last few days were less than flattering.

One customer wrote “I unfortunately have to give this company a one star which if I’m honest is flattering to them.”

“I paid for my aligners and got them all through but after a few weeks the pain and bleeding in my teeth led me to send back the aligners and ask for a refund (which is stated on their website can be done within 30 days).”

Another wrote “DO NOT GET THESE!! Stick to Invisalign as they are far more experienced and done by ACTUAL orthodontists.”