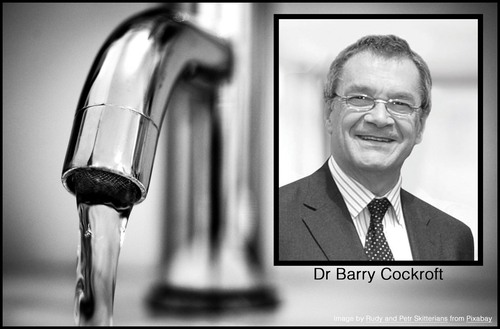 Health Secretary Matt Hancock’s proposals to remove the barriers to water fluoridation schemes in the UK may gain traction soon, following the appointment of a new Dental Public Health lead and a new head of the British Fluoridation Society.

Dr Cockroft, former Chief Dental Officer for England, is taking over from Steve Bedser until a formal election takes place later this year.

The British Dental Association welcomed the appointment of Dr Ireland to her new role on the BDA News website.

Mr Hancock announced a draft bill in February, entitled ‘Integration and Innovation: working together to improve health and social care for all.’  It laid  out plans for the government to take responsibility for the funding and implementation of water fluoridation, putting it in a position to drive forward and implement schemes.

The BDA News website said that Public Health England’s health improvement functions are set to move to the new Office for Health Promotion at the Department of Health and Social care by the autumn.

Among priorities for the new department will be supporting government plans to promote water fluoridation for dental health as well as providing expertise for an England-wide supervised toothbrushing programme for young children.

On offering Dr Ireland their congratulations on her appointment, the BDA said “We are committed  to working with her team both on managing transition to a new public health system, while confronting the unprecedented impact of COVID-19 on oral health.”

Dr Robert Witton, Chair of the BDA’s Dental Public Health Committee told BDA News "Our congratulations to Anna, who arrives in post at a crucial time for dental public health.

"We know the issues in her inbox are eye-watering, with access to services slashed, widening health inequality, and the need to ensure a smooth transition to new public structures at both national and local levels.

"The challenges ahead are stark, but we are committed to work with her to meet them head on."

Of the Government’s proposals, Dr Cockcroft said "The BFS is delighted the Government has accepted that targeted water fluoridation is the most cost-effective way to reduce the unacceptable inequalities in oral health and by the unequivocal support of Secretary of State for Health Matt Hancock.’

“We will now be working to support the Government when it proposes new schemes and will also be watching the passage of legislation through the Parliamentary process to ensure that it delivers what we all want. I am delighted to be taking on the Chairman’s role at this critical time."