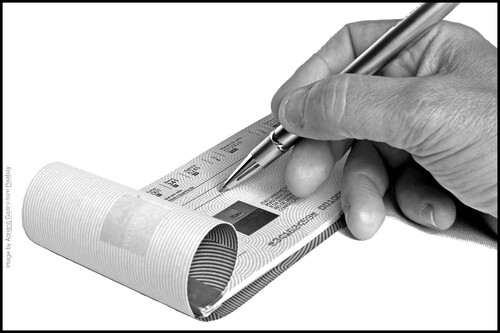 The cost to the General Dental Council of acting unlawfully, during an ‘under-guise’ investigation into a registrant has now been revealed following persistent requests for the figures by GDPUK.

During an undercover operation against an unnamed clinical dental technician in 2016, the GDC was said to have obtained investigation material unlawfully after it was revealed two private investigators posed as relatives of a fictitious housebound elderly lady, in order to try and induce the CDT to act outside his scope of practice.

Following a successful action by Dental Protection on behalf of their member, the GDC admitted acting unlawfully during its investigations, through a declaration sealed by the High Court.

Costs and damages were awarded after the regulator’s admission.  The total amounts paid, were not revealed by Dental Protection at the time they announced they had succeeded in their action.

A reporter from GDPUK was told on Thursday morning by the GDC, that it has agreed to pay compensation to the registrant as well as covering  his legal costs.

GDPUK can also reveal that the Professional Standards Authority, which overseas health regulators, told us they will only be “Taking this information into account as part of our next performance review assessment of the GDC, which covers the period 1 July 2020 to 30 June 2021.”

Regarding the £38k payout, a spokesman for the GDC told GDPUK, “In recognition that an error was made in a particular investigation in 2016, the General Dental Council recently agreed to settle a case.”

“In consequence of that, we agreed to pay compensation to the registrant concerned and to meet his legal costs, about £38,000 in total.”

The GDC has received much criticism recently for its use of private investigators in cases brought against registrants.

GDPUK asked if the GDC intended ceasing the use of under-guise investigations and if any moves have already been made towards cessation of the use of private investigators.

A spokesman for the GDC told us “The General Dental Council has used undercover investigators in fitness to practise cases extremely rarely.”

“Where there is potential risk to the public, and where there is no other way to investigate a specific allegation that has been made, we will consider use of undercover approaches.”

“A robust process is in place to assess risk to public health, safety and wellbeing, which is designed to balance public protection with the rights of the individuals concerned. We take this responsibility extremely seriously.”

The GDC posted similar information publicly, on its website.

John Cullinane of the Executive Team wrote “In December 2019 we wrote about our use of undercover investigators in fitness to practise. It is a technique we used rarely in the past and have used still more rarely in recent years.”

“ We wrote then that there had been just 12 undercover visits over the previous three years, equating to just 0.2% of all concerns received over that same period.”

“Since then, there has not been a single fitness to practise case where undercover visits have been used.”

A dental professional pointed out to GDPUK that the £38,000 the GDC has to pay out in damages and costs “Is the equivalent of the Annual Retention Fees paid out in total by 333 Dental Care Professionals.”

“To put it in perspective, there are 385 Clinical Dental Technicians on the dental register.  The GDC almost wiped out the income it gathered from CDT’s last year.”