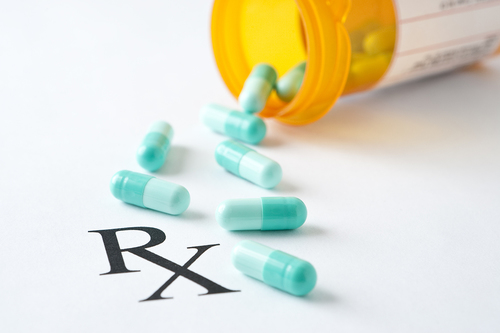 An international study of antibiotic prescribing in dentistry has ignited calls for closer prescription monitoring and better renumeration for NHS emergency treatments.

The study identified high rates of dental overprescribing in relation to national guidelines in  England, the United States and Australia.

The study was led by Dr Wendy Thompson, NIHR Clinical Lecturer in Primary Dental Care at Manchester University and focussed on prescribing in 2017, well before the increased use of antibiotics in the UK during the pandemic.

The study showed that dentists in England issued prescriptions for 3.0 million antibiotic items compared with 0.8 million in Australia and 0.3 million in British Columbia.

The United States had the highest rate of antibiotic use, prescribing  23.6 million antibiotic items in 2027.

The study, titled ‘Patterns of dental antibiotic prescribing in 2017: Australia, England, United States, and British Columbia said “Antibiotic resistance is a major public health burden driven by the unnecessary use of antibiotics.”

“Dentists contribute significantly to global antibiotic use and are responsible for an estimated 10% of all antibiotics prescribed to humans. The FDI World Dental Federation has highlighted the overwhelming case for restricting the use of antibiotics to only when absolutely necessary.”

“High rates of dental overprescribing in relation to national guidelines have been identified in Australia, England, and the United States. Comparing appropriateness between countries is difficult, however, because guidelines for therapeutic and prophylactic uses of antibiotics by dentists differ markedly around the world.”

The use of antibiotics in dentistry is much-criticised and has been described as a ‘quick-fix’ for emergencies by hard-pressed practitioners.

During the UK dental shutdown when COVID-19 restrictions severely reduced access to dentistry in England, dental practices were instructed to manage patients remotely with advice, analgesics and antibiotics, where appropriate.

Dr Thompson has long been concerned about the inappropriate use of antibiotics in dentistry.  She told GDPUK  “English data only includes NHS prescribing which means there’s about a 25% under-reporting of English data compared with other nations.”

“Dental providers need to be held accountable for antibiotic prescribing in their practice. The NHS contract needs to incentivise procedures rather than prescriptions.”

“To implement all of that they need high quality routinely collected data on antibiotic prescribing - and the only way I can see them getting that is to digitise the prescribing process. This was included in NICE’s quality standard in 2016 (QS121) and is being pushed for by pharmacists.  Dentists are now the largest group of clinical professionals still only on paper prescriptions.”

She continued “Access is a necessary, but not sufficient condition to effect change. Practices need to be held accountable, and the practices need to hold their prescribers accountable. Either alone won’t work. And of course, prevention - preventing pain and infections in the first place is the best way to reduce the use of antibiotics.”

Both studies can be found here: