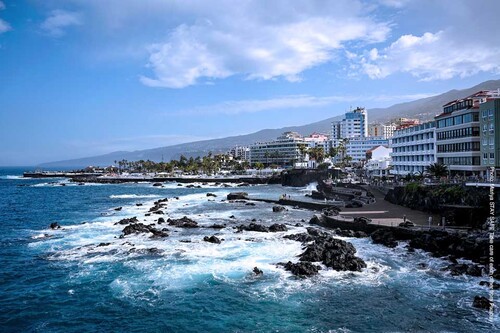 Pressing dental appointments may be one excuse that employees use to get half a day off, but patients in Ireland are using bogus dental treatment to get around Covid travel restrictions.

The Belfast Telegraph reported that dental clinics in Tenerife are being flooded with bookings from Irish people who then do not turn up for their appointments.  It is suspected they are using dental treatment as a ploy to circumvent travel restrictions in order to book holidays.

The newspaper said that Clinica Dental in Tenerife Sur is seeing more than five bookings from Irish people every day.

The revelation comes as the Irish Department of Health added a further 18 countries to its “high risk” list of destinations.

Roberta Beccaris, from Clinica Dental told the Belfast Telegraph that the clinic was receiving more than five bookings from Irish people every day. and that people who genuinely need dental treatment are missing out because of Irish people looking for an “excuse” to come for a holiday.

She said “Normally, we have a lot of Irish patients, but they are older. In this case, it’s clear that they are young, they just want to come to Tenerife for a holiday.”

She added “What has been happening the last few weeks is we’ve been receiving a lot of emails and phone calls from Ireland.  All these patients were requesting an email that certified that they had an appointment at our practice.”

“This was very unusual because before they were just calling, as we were used to having people who come from abroad – Irish or from the UK – and they never ask for an email of the confirmation and now they started to ask it.”

Fines for non-essential travel in Ireland are set to increase from 500 to 2,000 euros.

Essential reasons for travelling can include healthcare, and it now appears some people are exploiting this as a loophole the Belfast Telegraph claimed.

He said the Garda had changed its approach. “We warn people that they may be prosecuted if they carry on with their journey and we don’t regard a dentist appointment in Tenerife as being reasonable,” he said.

The Irish Times said that the Gardaí are still considering whether to seek lists of names from the dentist. However, they believe would probably be a futile exercise as successful prosecutions would be highly unlikely.