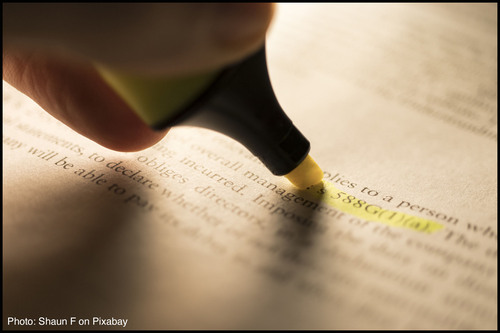 Matt Hancock’s ministerial statement in the Commons on the future of health services, failed to give any detail on how the provision of dentistry will be directly affected  by proposals in the Department of Health and Social Care’s draft Health and Care Bill.

Other than a brief statement on the proposals for the Secretary of State for Health and Social Care to have complete control over water fluoridation schemes, there was little discussion on dental services or how they will be affected by the reorganisation, during Mr Hancock’s address.

The only MP to raise the subject of oral health with the Secretary of State, was Mohammad Yasin, Member of Parliament for Bedford. He expressed concerns with regard to the imposition of NHS targets.

Mr Yasin said “Patients are being left in unimaginable pain as they struggle to access even emergency dental treatment. Dental practices are struggling to stay open with the impact of Covid on their practices, and those that have survived are struggling to cope with the backlog. Imposing targets isn’t working.”

He asked  “Will the Secretary of State include oral health in his future plans and agree on sustainable funding solution NHS dentists to end the crisis in oral healthcare?”

In response, the Secretary of State didn’t outline any plan for dental services and his response to Mr Yasin was vague. He said  “The crisis has been very tough on dentistry.”

He continued “The infection prevention and control systems in place are a challenge. I look forward to working with the  dentists to make sure that this sort of integration can help appropriately for them and I’m very happy to arrange a meeting between the honourable gentleman and the minister responsible.”

In his address, Mr Hancock briefly said that fluoridation would help “Improve the health of the nation.”

In the draft White Paper, which was leaked prior to the Commons announcement, the current process by which fluoridation schemes are instigated by local authorities was labelled as “Complex and burdensome.”

In light of these challenges, we are proposing to give (the) Secretary of State for Health and Social Care the power to directly introduce, vary or terminate water fluoridation schemes.

The proposed new approach to fluoridation has been welcomed by dental organisations.  The British Fluoridation Society (BFS) warmly welcomed the news.

A statement from BFS said “For some time, it’s been clear that water fluoridation is supported in Westminster. The hope of campaigning organisations like BFS was that NHS England would provide the funding that is essential to implement water fluoridation schemes.

It went on “But our hopes have been surpassed. The planned reforms go much further: by undoing the 2012 Health and Social Care Act, which devolved control of water fluoridation to local authorities, the Government is breaking down numerous barriers. It is taking back responsibility for funding and implementing water fluoridation and will be in a position to  drive forward and implement schemes.”

As the announcement was being made in the Commons, Barry Cockcroft, on behalf of the BFS, said: “We would like to see the Government moving forward with targeted water fluoridation in the areas of high need as soon as possible.

The Faculty of General Dental Practice UK and Faculty of Dental Surgery both welcomed the Health Secretary being given new powers around water fluoridation.

Mr Matthew Garrett, Dean of the Faculty of Dental Surgery at the Royal College of Surgeons of England said: “We welcome today’s announcement as an important step forward in our efforts to improve children’s oral health. Before the COVID-19 pandemic struck the UK, tooth decay was the leading cause of hospital admissions for five to nine year olds by some distance, despite being entirely preventable.”

“The events of the last 12 months, which have reduced access to dental services for many, will only have made this crisis worse. Water fluoridation has been found by Public Heath England to be an effective and safe measure for preventing dental decay. These proposals will make it easier for fluoridation schemes to be implemented more widely, so that more children can benefit.”

Ian Mills, Dean of the Faculty of General Dental Practice UK, said  “Tooth decay is the most prevalent disease in England, and the provision of water which is either naturally or artificially fluoridated to 1 part per million is effective in reducing its incidence and severity. There is also clear evidence that it is a cost-effective approach which reduces the number of children admitted to hospital for tooth extractions, and that it offers the greatest benefit in more deprived areas which suffer from poorer oral health and wider health inequalities.”

He added “However only one in ten households in England currently receive tap water containing the recommended level of fluoride, and we support the proposals announced today, which would help reduce the barriers to offering fluoridated water to other communities which could benefit.”

But the British Dental Association posted a cautious note on its news website, warning that the moves spelt out in the White Paper   enabling  greater uptake of water fluoridation “Must be supported by capital investment, and form part of a joined-up approach to support services and wider public health programmes if England is going to avoid an oral health crisis.”