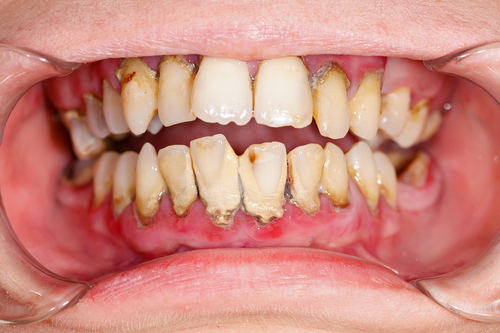 Dentists have provided around 19m fewer treatments in England since March this year compared to the same period last year, BDA figures show. PEC Chair Eddie Crouch said: “The clock is ticking on an oral health time bomb, as dentists lose the chance to act on the early signs of decay and oral cancer. Ministers have a choice. Make an investment that would pay for itself and bring millions back through our doors, or leave patients waiting for the care they need.”

The British Dental Association has told the Department of Health and Social Care and all devolved administrations that a package of capital funding now offers the only hope of restoring routine services to millions of patients, as a new survey indicates a service in crisis is incapable of delivering investment to meet new rules that could boost access.

In an open letter to Health Secretary Matt Hancock, and raised with each devolved government, the BDA has set out the case for urgent support. According to BDA survey data from practices across the UK:

Between the March lockdown and September in England over 14.5 million fewer treatments were delivered in 2020 compared to the same period last year – a figure the BDA now estimate to have reached 19 million. With practices remaining open during the current lockdown, dentists have stressed the focus remains on managing an unprecedented backlog of urgent cases, often limiting scope for essential routine dentistry, particularly in NHS care.

It has been over a decade since dentists in England received any capital investment from central government. The BDA has estimated government would rapidly recoup costs through increased patient contributions as a result of rising patient volumes. Since lockdown the Treasury has lost nearly £400 million from the patient contributions that are increasingly relied upon to fund NHS services in England, with around £50m in revenues now being lost per month.

British Dental Association Chair, Eddie Crouch said: “COVID restrictions have left dentists firefighting with huge backlogs, unable to see more than a fraction of our former patient numbers, especially in the NHS. We now face a Catch-22. New rules could bring back a dose of normality, but come with a multi-million-pound bill for new kit that practices simply cannot afford.

“On paper we have a chance to restore services to millions, but without support from Government it won’t translate into better access. The clock is ticking on an oral health time bomb, as dentists lose the chance to act on the early signs of decay and oral cancer. Ministers have a choice. Make an investment that would pay for itself and bring millions back through our doors, or leave patients waiting for the care they need.”

GDPUK notes it is worth reading the comments that go with the BBC breakfast tweet below. That tweet includes a video of Eddie Crouch speaking early this morning on BBC.

New rules could expand access to dentistry but come with a bill for new kit that most practices simply cannot afford.

Capital funding would pay for itself and help bring millions of patients back through our doors. https://t.co/Hn9Jm7EOBR pic.twitter.com/q84EcJ94yn

"Many of these patients will have a very poor prognosis."
Eddie Crouch from the British Dental Association tells #BBCBreakfast about the impact of the almost 19-million missed dental appointments since March. https://t.co/o8mpxWRV7t pic.twitter.com/S7L2FDsi1u