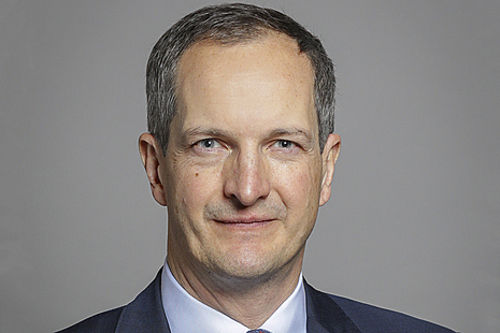 Answering questions in the House of Lords, junior health minister, Lord Bethell said the challenge presented to the dental profession by Covid is severe. The Government is ‘grateful’ for the hard work of 10,000 NHS and private practices in introducing PPE and infection-control arrangements to keep patients and staff safe, and to the 600 urgent care centres that are providing services for the most severe cases.

He was replying to questions put by Lib Dem Baroness Walmsley who said that 60% of dentists can now see only a quarter of their usual number of patients, particularly because of the measures needed for carrying out aerosol-generating procedures. There is a backlog of 15 million treatments, and many dentists are in danger of going out of business. “They cannot afford ventilation equipment, which would enable them to see more patients in a day.” She asked: “Will the Government provide funding for this, so that the backlog of patients can be cleared?”

However the minister replied that he could not make a commitment to fund ventilation arrangements, but acknowledged the scale of this challenge and (we) “are looking at ways to mitigate it, including bringing in testing, which we hope would help provide a safe environment for both staff and patients.”

Challeneged by Baroness Uddin on the ‘suffereing’ of those with learning disabilities and autism (who) have suffered disproportionately in not receiving care and services, Lord Bethell said those who have vulnerabilities, disabilities or other disadvantages should be prioritised and he was ‘happy to take on board’ any points on where she thinks the system is not working as well as it might do.

Baroness Altmann raised the problems of the ‘blanket closure of dental practices’ especially in relation to cancers of the head and neck that ‘might not have been detected because people have not had regular dental check-ups’. The minister said “We have made it crystal clear that in the second lockdown all dental practices—both NHS and private—should remain open; that is part of our commitment to try to clear the backlog.” He also acknowledged concerns about the diagnosis of cancers, but did not have any figures for this. However he said “we certainly appreciate the role that the dental sector plays in detecting many cancers, including oral cancers.”

Baroness Finlay of Llandaff, herself a doctor and academic, asked the Minister say how the urgent care pathway is being evaluated, particularly for children and young people with learning difficulties who might need a general anaesthetic for dental work. The Minister replied that “the concern about children is particularly acute’. The Government is ‘especially keen’ to encourage parents, to ensure that they are still bringing children forward. They had a prioritisation process in place, and he understood that that is working well to ensure that those who have the greatest need are put at the front of the queue.

Lord Hunt of Kings Heath, president of the British Fluoridation Society, said in a number of parts of the country, no elective surgeries, except for those that might be totally prioritised, were being done at the moment. The prospect is of a few more months with a virtual lockdown of elective surgery. He asked: “As far as children are concerned, will the Minister look into this matter urgently? Will the Government prioritise preventive schemes as we come out of the pandemic, such as fluoridation, supervised tooth-brushing programmes in schools and public service ads?”

The Minister completely agreed that prevention was the key. The Government had committed to the consulting on and rolling out of supervised tooth-brushing schemes in more preschool and primary school settings in England. Thet had also set out their support for expanding water fluoridation, and we intend to announce further details of our water fluoridation plans shortly.

Lib Dem peer, Lord Strasburger asked as rapid coronavirus testing becomes more available, can the Minister assure the House that dentists and their staff will not be left behind? Will they also be included with health and care staff near the top of the priority list when new vaccines are being distributed? The minister reassured the peer ‘that we value the dentist profession and their staff, and the Covid pandemic has only emphasised the importance of dentists in the community and to the nation’s health’. But he was unable to say where the profsession stood in the vaccine prioritisation list and whether they are on the healthcare list.

Conservative peer Lord Flight asked if the Government was willing to put up any funding to deal with the issue of fallow time between treatments? The Minister replied that it was ‘too early’ to make commitments on funding.

For Labour Baroness Thornton said the Government had offered ‘little support to dentist practices’: not exempting them from business rates, even though bookmakers and vape shops are exempted, and not offering them key worker status, which has caused problems with childcare. She asked the Minister to commit to early access to Covid-19 vaccines for all high-street dentists who are NHS contractors, rather than employees? She asked “Can the Minister give them key worker status?”

Lord Bethell replied that one area where the Government had made a big commitment to dentists is in PPE. As of Wednesday 4 November, over 5,000 dental and orthodontic providers in England had registered with the PPE portal and over 36 million items of PPE had been delivered.

Cross bencher Baroness Bull said reduced clinical capacity not only impacts on patients but ‘massively disrupts the education of dental students’, who typically treat over 400,000 volunteer patients each year as part of training. Since March, many schools have been unable to provide any patient-facing education at all. She asked: “Will the Government respond to requests from dental schools and hospitals to invest in high-quality simulation facilities, to mitigate the impact of this reduced clinical experience and ensure that students can graduate and provide the workforce of the future?” The Minister replied that the bottleneck around the training of new dentists, an incredibly important priority for the nation’s teeth, is one that the CDO is extremely concerned about.