Controversy over possible use of iodine mouthwash in fight against Covid 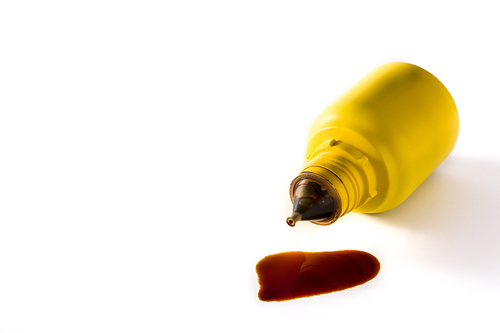 Helen Rumbelow, writing in The Times, has investigated the possible use of an iodine mouthwash as a way of combatting Covid-19. She interviewed Professor Stephen Challacombe who told her “I have no doubt that this should be used and had it been, it would have saved lives.” But questions have been raised about how significant its use would be.

Helen Rumbelow reports in The Times that Stephen Challacombe, professor of oral medicine at King’s College London, with a specialism in the immunology of the mucous membranes, says that if you’ve got people with extremely high values of Covid in the mouth and give them an iodine mouthwash “you will reduce that risk immediately,” When the pandemic struck, Challacombe and his colleagues wrote to the British Dental Journal reminding the scientific world of its potential.

Challacombe says that the priority are healthcare workers, especially those working with a lot of saliva, such as anaesthetists and dentists. The American Dental Association, and equivalent bodies in Australia and South Africa, have recommended that dentists ask their patients to mouthwash with iodine or chlorhexidine before procedures. The British Dental Association has refused to follow suit; Professor Damien Walmsley, its scientific adviser, says it is waiting to see results of larger trials.

Rumbelow reports that there have been ‘a flurry of studies showing the effectiveness of iodine mouthwash on Covid-19 in test tubes’. They repeatedly concluded that after 15 seconds in contact with a weak solution of this kind of iodine 99.99 per cent of the virus was killed. There soon followed several tests on humans with Covid-19, but in numbers too small to draw conclusions. They indicated that iodine mouthwash pretty much wiped out the Covid-19 for a time. What is needed is larger studies, especially into how long iodine keeps Covid-19 at bay. Sceptics say that the effect could last just a few useless minutes, and point to a mixed bag of results for iodine mouthwash against viruses such as colds.

Given that this mouthwash is safe, cheap and easy, should we be using it before we have robust evidence that it kills the virus in humans? This story becomes in a way a test case of how to balance risk and responsibility, Rumbelow says. On the one hand the government’s scientific advisers and the British Dental Association’s verdict is a conservative and cautious no. This mouthwash is well tolerated, but there may be unforeseen risks and little gain. As Ian Jones, a virology professor at the University of Reading said, the mouthwash may kill the virus, but it may be back in no time; it’s “the constant replacement of the virus that is the issue”.

Challacombe appreciates this reliance on the normal high standards of scientific proof, but he also thinks that these are extraordinary times. Given the strength of the test tube evidence, and “the low risk, minimal cost and global applicability”, Challacombe says, “we feel that there is little to lose and potentially much to gain [to use it] while we get that information”.

We think of Covid-19 as a coughing illness and assume that the well of infection is in the lungs. However, a study in the Journal of Dental Research in April found that actually it is more active in the salivary glands. This was a key shift in understanding: the mouth wasn’t just being contaminated by the lungs, it was likely to be the main swampy breeding ground of the disease. “The virus replicates in the salivary glands in the mouth, of which you have hundreds,” Challacombe says.

“This advice that I have just told you did go out to Nervtag [the New and Emerging Respiratory Virus Threats Advisory Group], which is the scientific committee below Sage,” Challacombe says. “The question they asked is: how long did it last? And of course we didn’t have that evidence. That’s what has held it back.”

In September another joint American and German study, published in the Journal of Medical Virology, tested mouthwashes against test tube coronavirus. It led the study’s author, Craig Meyers, professor of microbiology at Penn State College of Medicine, to conclude: “I would say wear your mask, do your social distancing. Do what you’re supposed to be doing, but this could just be an extra help.”

What is the responsible course of action? In August the governor of Osaka in Japan looked at the limited but encouraging human studies of iodine mouthwash on Covid-19 and told the public: “It’s worth giving a try.” Japan already has an established culture of using iodine mouthwash against common infections, but within hours there was panic-buying across the country, leaving the shelves bare. The Osaka governor’s comments got a slap from the World Health Organisation Centre for Health Development, which responded: “There’s no scientific evidence that gargling medicine prevents the coronavirus.”

The Times article (Paywall but some free access available)

Kirk-Bailey J, Combes J, Sunkaraneni S, Challacombe S. The use of Povidone Iodine nasal spray and mouthwash during the current COVID-19 pandemic for the reduction of cross infection and protection of healthcare workers. Available at: https://papers.ssrn.com/sol3/papers.cfm?abstract_id=3563092