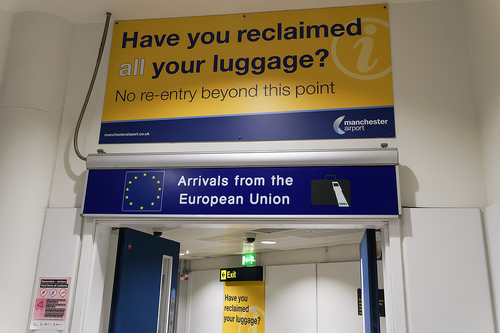 British dentistry is facing an impending recruitment “crisis”, according to a recent article in the Financial Times. The Association of Dental Groups (ADG) has told MPs that uncertainty over the UK’s new immigration system and the long-term validity of European Economic Area (EEA) qualifications after Brexit, coupled with a backlog of up to 15m missed dental appointments caused by the coronavirus crisis, was creating a “perfect storm” in some areas of the UK.

Neil Carmichael, chair of the ADG, which represents major national providers including MyDentist and Bupa, said the government needed to take urgent action to continue to make the UK attractive to dentists from the European Economic Area. “The dental workforce is set to face a crisis in 2021 as overseas recruitment could dry up. As mutual recognition [of qualifications] and freedom of movement fall away at the end of the [Brexit] transition period, the UK could look a much less attractive place for EEA dentists to practice,” he said.

Dentists from the EEA currently make up 17% of all registered UK dentists but in some more deprived parts of the UK up to 30 per cent of NHS dentists are drawn from Europe, notably Poland, Spain and Romania. Gabriela Pueyo, general manager at Bupa Dental Care said that recruitment was particularly hard in rural areas, such as Devon and Cornwall, where this year it was taking an average of 162 days to fill vacancies.

She added: “With ongoing challenges, Brexit has added to the scale of the skills shortage. Hiring EU candidates is set to become even more difficult for the sector if recognition of EU titles is not maintained.” The total value of the dental industry is estimated at around £6bn a year by the ADG, of which two-thirds is spent by the government and one-third via private dentistry.

Figures from the General Dental Council show that the number of new EEA dentists registering in the UK has been falling over the past decade, before the vote from 970 in 2011 to just 398 in 2019. However the total number of registered EEA dentists in the UK has remained stable at 6,800, suggesting fewer dentists from Europe have been leaving the UK over this time.

In a briefing note circulated to MPs earlier this month, the ADG called on the government to double the number of places at UK universities for British dentists from current levels which it said are capped at 800 places annually. It also wants the government to legislate to recognise EU qualifications in the UK for at least five years after January 1 next year, taking into account the length of time it takes to qualify a dentist.

The General Dental Council said that the UK would continue to automatically recognise EEA qualifications for two years after Brexit while a new regime is worked out, but that the government would need to pass legislation to enable it to reform the exams and extend recognition of EEA qualifications.

The Department of Health and Social Care said that it was committed to addressing staffing shortages and that it had launched a Health and Care Visa to encourage more overseas doctors and dentists to come and work in the NHS. “Work is taking place to explore additional opportunities for dental training, improve staff retention and find flexible and effective ways to ensure we have sufficient staff with the necessary skills and experience,” a spokesperson added.