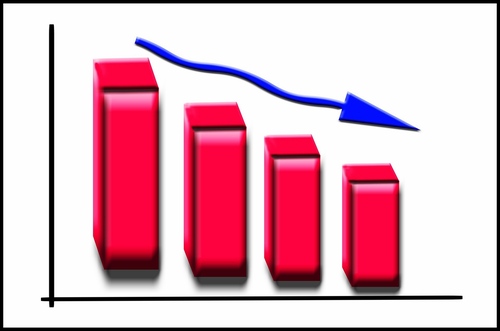 The General Dental Council is facing further criticism from registrants after it released September’s registration report.

Registrants were incensed in June when the GDC refused to introduce an emergency payment by instalment scheme [PBI] to alleviate financial hardship brought to Dental Care Professionals caused by the national shutdown of dentistry as a result of the coronavirus pandemic. With many DCP’s struggling to make ends meet, there was anticipation that many would not be able to afford the £114 registration fee.

Registration figures published by the GDC on September 15th showed that the number of dental care professionals who failed to re-register  by the July 31st deadline, totalled 3,670  This compares with 1,037 DCP’s who didn’t re-register by the September last year, suggesting that over three and a half times more DCP’s chose not to re-register this year, compared to last.

In May, Executive Director of Strategy Stefan Czerniawski pointed out that the GDC was concerned about the uncertainty in income the regulatory body would receive as a result of the effects of the pandemic on the numbers of dental professionals who potentially might choose not to renew.

Mr Czerniawski wrote on the GDC website: “In these circumstances, we need to create some financial headroom in case our income drops. That’s part of the reason why the Council decided not to reduce the level of the ARF for the current year. We also set up a project to look at the feasibility of reducing the immediate impact of the ARF by introducing an emergency payment by instalment scheme. Council decided not to go ahead because doing so would have introduced extra costs, which would have had to have been paid by dental professionals, as a whole, and would have further added to the uncertainty of our income.”

The latest figures from the GDC represents a £418,380 loss in ARF revenues, at a time when the GDC was concerned about the uncertainty of its income.

The GDC refused to release the costing information from the closed meeting at which the emergency PBI scheme  was discussed and discounted, after an FOI request from Lori MacGregor, a non-registrant who has been fighting on behalf of DCP’s and practices badly affected by the pandemic. The GDC cited needing to provide staff with a ‘safe space’ in which to provide advice or information to “ensure free and frank discussion.” The GDC said: “Senior staff would be more likely be reluctant to provide advice or information on difficult areas of business in the future, or consider more radical options, knowing that it may be released into the public domain.”

During the summer, many expected a sharp reduction in the number of DCP’s re-registering on July 31st as a result of the difficulties in making the ARF payment.

The GDC normally releases monthly registration data on or very close to the first of the month.  In August, the figures were released late, on the 12th of the month. Titled the ‘Renewals to the dental care professionals register - August 2020, the figures DID show  that there was an increase in the number of registrants who didn’t renew their registrations on 31st July compared to last year. The drop off was 0.7% higher this year than in July 2019.

In 2019, there was a 5.9% reduction in the number of registrants renewing registration in July. This year, 6.6% of registrants failed to re-register. The GDC prefaced the figures by saying that the 4,562 drop off was 6.6% of those on the register on 31 July, “Compared with an average of 6.5% over the preceding four years.”

There was much of criticism of the GDC in June  when it was reported  in Private Eye that the GDC topped up government furlough payments to furloughed regulatory and administrative  staff.  It was also reported that  answer to an FOI request from JFH Law, the GDC revealed that (despite there being no significant drop in income due to the ARF staying the same), the GDC had claimed £101,491.64 from HMRC.

The September 2020 figures were further delayed.  A GDC spokesman told GDPUK: “The January and August reports are unable to be published at the beginning of the month as post-ARF collection corrections need to take place. The mid-way point of the 15th of each month enables a like-for-like comparison for all months going forward.”