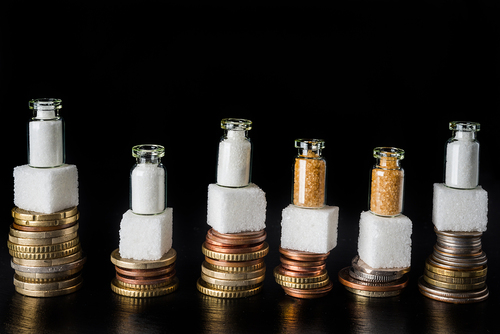 In a recent report, which makes no mention of oral health, the Institute for Public Policy Research (IPPR) has called on ministers to go further than the Government’s own obesity crackdown measures by extending its sugar tax, which is already applied to fizzy drinks, to unhealthy foods. They recommend that a non-essential levy of 8% is applied to unhealthy foods.

A sugar tax on sweets and chocolate could help save the NHS £66 billion over the course of a lifetime, by not having to treat obesity-related diseases in the general population, research suggests. Although not mentioned in the report, such a move would have a knock-on effect on improving oral health, by cutting sugar intake.

As part of the Government’s Better Health campaign, designed to tackle Britain’s obesity crisis, junk food adverts before the 9pm television watershed are set to be banned, along with confectionery stands next to checkout tills.

However, the IPPR said more needed to be done to bring child obesity levels down to the low levels of the 1980s. The think tank stated that fewer than two per cent of children had obesity in the 1980s, whereas today a fifth of children entering secondary school are classified as medically obese, according to publicly available data it analysed.

To ensure that the Government reaches its target of halving child obesity by 2030, the IPPR recommends that a non-essential levy of 8 per cent is applied to unhealthy foods exceeding a set "energy density". The report authors said that similar taxes on junk food in Mexico and Hungary had been successful in driving down consumption, and argued it would provide an incentive to food producers to reformulate their products to be healthier.

It also called for a healthy food subsidy scheme, worth £21 per week, for all children on free school meals, redeemable for any essential foods, in a bid to recognise the demographic inequality at the heart of the obesity crisis. Costing around £1.5 billion a year, the scheme would be funded by the levy on fattening food, said the IPPR.