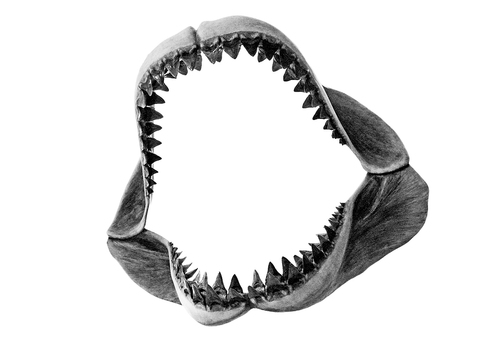 A new study shows study shows the earliest ever teeth actually grew the same way that humans’ do today. Palaeontologist Per Ahlberg from the University of Uppsala in Sweden and colleagues have reported their study of fossil teeth from fish that lived over 400 million years ago in the latest issue of the journal Science. He said the ancient teeth were “carefully positioned, and new teeth are added in a very organised way.”

The article says first vertebrates were jawless, much like a modern hagfish. There has been a lot of interest in how these forms transitioned to having jaws like most of their descendants, including humans. Much of our understanding of this process has focused on how the teeth are replaced relative to the jaw. Previous theories suggested that tooth growth that occurred lingually—or from inside out as in modern fishes—was a derived condition. Vaškaninová et al. vertebrates, suggesting that it may have been ancestral.

The dentitions of extant fishes and land vertebrates vary in both pattern and type of tooth replacement. It has been argued that the common ancestral condition likely resembles the nonmarginal, radially arranged tooth files of arthrodires, an early group of armoured fishes. We used synchrotron microtomography to describe the fossil dentitions of so-called acanthothoracids, the most phylogenetically basal jawed vertebrates with teeth, belonging to the genera Radotina, Kosoraspis, and Tlamaspis (from the Early Devonian of the Czech Republic). Their dentitions differ fundamentally from those of arthrodires; they are marginal, carried by a cheekbone or a series of short dermal bones along the jaw edges, and teeth are added lingually as is the case in many chondrichthyans (cartilaginous fishes) and osteichthyans (bony fishes and tetrapods). We propose these characteristics as ancestral for all jawed vertebrates.